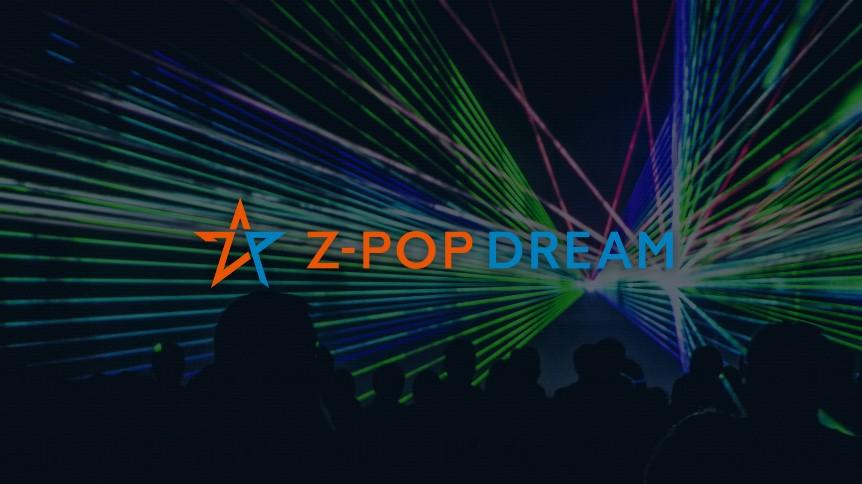 Singapore, August 15, 2018 – Z-POP Dream Project (Z-POP Dream), a global entertainment platform based in Korea, will revolutionize the pop music industry through the use of Blockchain technology.

The Korean pop (K-POP) has become the international face of South Korea thanks to an extremely regimented and coordinated production system that blends intriguing melodies, spot-on choreography, extravagance in production and an endless parade of attractive South Korean artists. The K-POP stars transcend race and language, breaking the grip of the dominance of American pop all over the world.

However, despite the increase in the global phenomenon that is K-POP, the sad truth is that many fans only attend the birth of a K-POP superstar at the end of the production system. This means that they often miss this travel experience with an aspiring artist from their childhood in the industry. Moreover, the opaque reports of many entertainment agencies rule out that fans will participate fully in the total development of the next musical superstar.

This is where Z-POP Dream comes into play. Founded by the same team that has launched global sensations K-POP PSY, Girls' Generation, BTS, EXO and WannaOne, Z-POP Dream is the first platform of its kind that seeks to establish a global entertainment ecosystem to discover better the hidden talents of pop music. Using the blockchain to accelerate the rise of a new star to celebrity and creating a global economy based on a $ 46 billion global music market, this ecosystem will be built hand in hand with millions of K music fans. -POP all over the world.

Driving for change in the K-POP sector

However, despite the fascination and meteoric growth of the sector, there are still important problems to be faced not only in the K-POP scene but in the global music scene:

Solution: Z-POP Dream will create a "Star-creation Infrastructure" that will include Z-POP Star Academies and Z-POP Dream Audition in 10 countries and regions as well as Korea, working with established local partners. The ten countries and regions include the Philippines, Vietnam, Thailand, Malaysia, Hong Kong, Indonesia, India, Japan, Taiwan and Singapore. In addition, Z-POP Dream has already secured a strong partnership in the Philippines with the nation's largest entertainment company, Viva Entertainment Inc., to produce future Z-POP Stars from the country. Z-POP Dream will give these talents a realistic opportunity to rise to celebrity through the fusion of the proven Korean star training system tested with the style and taste recognized by each country or region. The individual members of the Z-POP stars (a group of only boys and a group of only girls) then pass through a competition at the Z-POP Dream Global Audition to win a place in the Z-POP Global Star Group. The selected members will receive international recognition through the DREAM Live World Tour Z-POP in 2019.

Solution: Z-POP Dream, on the other hand, will invite fans to be an influential part of the process by focusing on the power of social media and blockchain. On the Z-POP Dream platform, fans will be able to use ZPOP tokens to accumulate voting power in key events such as auditions and award ceremonies. Based on Ethereum's blockchain platform, Z-POP will be able to ensure that the process is transparent and reliable, allowing fans the opportunity to better influence the fate of their favorite stars. made available during the Initial Token Offering (ICO) of the project. These tokens, used as base currency in the Z-POP Dream ecosystem, will not only give fans exclusive access to goods and content, but also the rare opportunity to be an influential part of the Star creation process. since the beginning.

Solution: Z-POP Dream will create global stars using the successful K-POP music production formula as a foundation while integrating new cultural elements. This will happen by bringing emerging musical elements from various parts of the world while riding a wave of K-POP phenomena. The Z-POP team is made up of reputable pioneers in the K-POP music industry who have a proven track record of discovering new talent, producing successful music, conducting successful global promotion campaigns and extensive coaching. professional that acts as a backbone for creating any musical star.

The business model of the Z-POP Dream platform will focus on two key components. One, the proceeds from the initial token offer (ITO) will be used to create infrastructure for this creation of stars. Secondly, it will create a global online monetization platform, which will account for the revenue opportunities generated by the creation of stars, including concert tickets, merchandise, online content and admission to exclusive events. Combining these two elements, a substantial part of the current global $ 46 billion music market will inevitably involve the Z-POP ecosystem and fuel its symbolic economy. Z-POP Online will be open to both K-POP artists and fans and will help to unite a wider audience and create a wider community.

"Through the Z-POP DREAM Project, we aim to create a new generation of global pop stars through the power of fans, to standardize the playing field and empower both fans and artists alike to achieve better your dreams With our extraordinary team of veterans and proven successes, the violation of the global musical stage will no longer be just an unrealizable dream for local artists who aspire to show their talents to the world, "says Jun Kang, founder of Z-POP Dream Project.

Z-POP Dream will be powered by hundreds of millions of K-POP music enthusiasts around the world using its own cryptographic token from the company, the ZPOP coin, which will be based on Ethereum's blockchain platform.

They launch their initial token by offering mass sale in the fourth quarter of 2018.

The Z-POP DREAM project will establish a global entertainment ecosystem to discover the hidden talents of pop music, accelerate their rise to fame and create a global economy of tokens within the $ 46 billion global music market, hand in hand with hundreds of millions of K-music enthusiasts POP. To learn more about the project, click here .