The results of the US elections are clear! CNN announced! What was the number of American delegates who became the president of the United States? 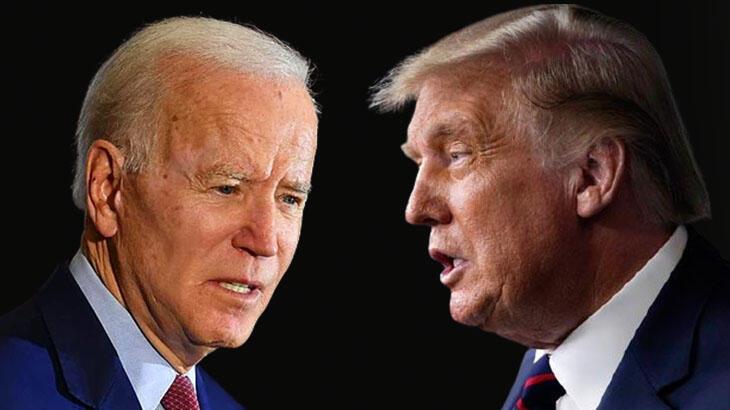 Who Won the American Elections? The answer to the question is investigated with great curiosity on the agenda. Last-minute developments regarding the US election results are being followed around the world. Details about the states that Donald Trump and Joe Biden won have started to arrive. The number of delegates and the results of the US elections are a matter of curiosity. Here are the 2020 US election results live … So who became America’s new president?

WHAT IS THE NUMBER OF DELEGATES IN THE US ELECTION RESULTS?

THE RESULTS WERE DETERMINED IN MOST STATES

WHICH STATES WON OFFER AND TRUMP?

According to unofficial results announced by the Associated Press

HOW SHOULD THE NUMBER OF DELEGATES BE?

The candidate, who received 270 votes from the Selection Committee with 538 delegates, will be the President of the USA.

12.55 : In Georgia, one of the states that will influence the outcome of the US presidential election, Biden has taken the lead by bridging the gap. Biden appears to have 917 votes ahead of Trump, according to current counts in the state.

If Biden manages to win the election in the state, he will have crossed a major threshold in the state that has been voting for Republican candidates since 1972, with few exceptions.

On the other hand, it is useful to remember the rules of “recount” in the state at this point.

The losing candidate may request a recount if the difference in total votes is less than 0.5 percent. The request for a recount must be made within two days of completing the counting of votes.

Georgia has 16 delegates to go to the selection committee. Biden reaches 253 delegates according to the states in which the counting of the votes has ended, while Trump remains with 214 delegates. Findings from critical states such as Georgia, Pennsylvania, Arizona and Nevada have not yet been included in this report.

11.55: The ongoing vote count in the states of Arizona, Pennsylvania, Georgia and Nevada will determine which candidate will take the lead in the US election.

Joe Biden leads the race in Arizona and Nevada. Donald Trump’s team has intense legal efforts in both states.

In Pennsylvania and Georgia, Trump appears to anticipate current results. On the other hand, it has been reported that Biden is closing the gap in both states.

In Georgia, the gap is about 463 votes and Biden continues to close the gap.

In Pennsylvania, the difference has dropped to 18,000. Biden reportedly had a big head start in postal voting in the state. Counting of votes will continue throughout the day.

Last minute: the balances have changed in the US election Biden came from behind and took the lead

11.25: As the vote count continues in some states, the social media platform Facebook has announced that it will announce election results estimates citing press organizations such as ABC, CBS, Fox, NBC, CNN and AP.

The social media platform will implement the same application on Instagram that it owns.

At the same time, Facebook announced that posts from candidates who won the election will also be tagged.

10.50 : In Philadelphia, Pennsylvania, one of the critical states in the United States where vote-counting continues, police launched an investigation into allegations that preparations had been made to attack the vote-counting center.

American television ABC News reported that a group of individuals, possibly a family, were investigating an allegation that a Virginia Hummer SUV-type jeep intended to attack the vote-counting center.

According to ABC News, one person was arrested, police confiscated the vehicle. In Pennsylvania, which will send 20 delegates to the selection committee, 95 percent of the votes have so far been counted.

Donald Trump is ahead in the state. However, the vote gap between Trump and Biden dropped below 19,000.

10.20: Donald Trump, in his new message shared on his Twitter account, said members of the Democratic Party are working to gain control of the Senate and wrote that the presidency has become more important than ever. “We will win,” Trump said, arguing that the Constitutional Court should rule on electoral objections.

The US president appointed Amy Coney Barrett, a new member of his choice, to the Constitutional Court just days before the election.

09.35: The Washington Post newspaper announced that intelligence was sending additional security to Joe Biden, who was closest to the White House during the ride. The Washington Post reported that, on the basis of two well-informed people, it has decided to send reinforcements to Wilmington, Deleware, starting today to protect Joe Biden, the former vice president of intelligence.

This decision was made after Biden’s campaign team warned that the Democratic candidate would continue to use the Wilmington Convention Center for at least another day and give a big speech on Friday, according to sources close to intelligence.

Secret Service spokeswoman Catherine Milhoan declined to comment, noting that the agency has not publicly discussed security planning for the president or the candidates it protects.

09.20: All eyes are on four states in the United States, so how many more games do those states have to count?

Nevada: There are another 190,000 votes to count in Nevada

Pennsylvania: 220,000 more votes to count in the state

Arizona: Another 220,000 games must be counted to determine the state winner

08.15: As the vote count advances in Arizona, where Democratic candidate Biden leads the race, the number of Trump supporters have gathered outside the polling station in Phoenix, the state’s largest city.