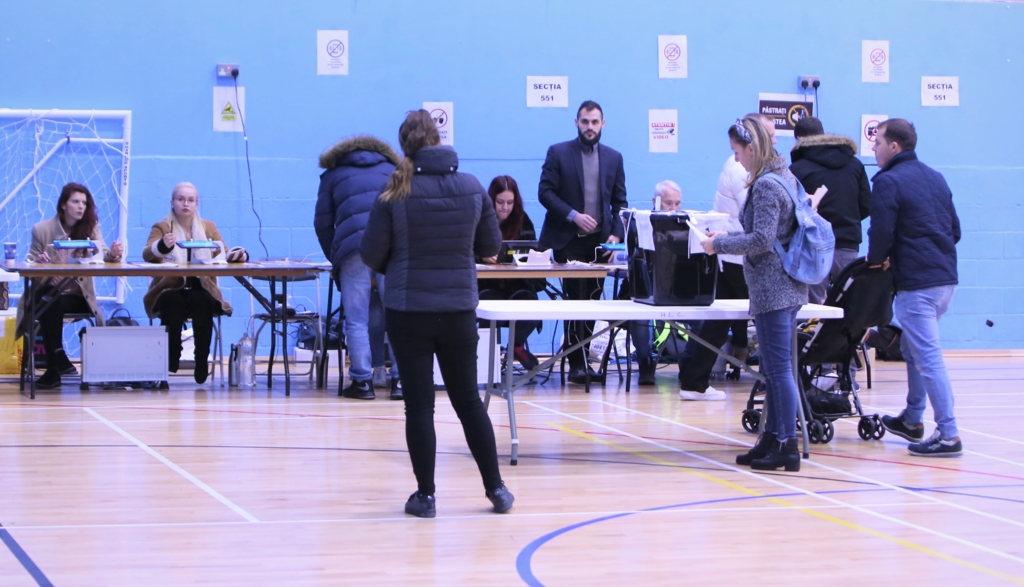 Voting in the diaspora takes place over two days: Saturday and Sunday. The Ministry of Foreign Affairs reminds that Romanian citizens with domicile or residence abroad can vote in parliamentary elections in any of the 748 sections organized abroad.

Ziare.com presents in liveTEXT conduct parliamentary elections in the diaspora.

5.35pm: Prime Minister Ludovic Orban said on Saturday that all the polling stations of the diaspora for the parliamentary elections have been opened and adequately equipped by the Ministry of Foreign Affairs, including the means of health protection.

According to the premier, “all departments are equipped with the care of the Ministry of Foreign Affairs, including the means of health protection provided for by law”.

Time 17.00: Over 65,500 Romanians voted in polling stations organized in the diaspora on the occasion of parliamentary elections. Nearly 4,500 Romanians have voted in Chisinau, while in London about 1,800 have already expressed their choice. About 700 voters turned up at the polls in Rome, and over 400 in Madrid, B1 television broadcasts.

Time 16.00: A number of 59,279 Romanian citizens voted at polling stations organized in the diaspora until 4pm.

“The voting process went in excellent condition and it was not necessary to extend the vote”, reads a statement sent to Agerpres by the MAE.

Time 13.00: More than 43,000 Romanians voted in the diaspora, until Saturday, at 13.00 (Romanian time), in the parliamentary elections, the first day of the elections taking place abroad, Agerpres reports.

Time 12.00: More than 36,600 Romanians showed up at polling stations organized abroad for the 2020 parliamentary elections. For example, in Chisinau, 1,800 people have already gone to the polls.

Polling stations took place in many parts of the world. At midday, 31 people had expressed their choice in Kabul, 64 in Kandahar and only 5. In Algiers, Brasilia, only one Romanian citizen had voted up to that moment. In London, the capital of a nation with a significant community of Romanians, only a few hundred people have voted so far, but it is premature to give us a real picture of the presence, announces B1 TV.

Time 11.00: So far 31,598 Romanian citizens have gone to the polls abroad on the occasion of the parliamentary elections.

Time 7.00: According to data published online on the platform of the Permanent Electoral Authority, 21,329 voters voted by post and 273 exercised their right to vote, the total number of voters at 7.00 is 21,602.

The first day of voting abroad will continue with the opening of polling stations in the rest of the countries, at 7.00 local time. Due to the differences in time zones, voting abroad takes place over 59 hours, the last of which will be open in the western sections of the United States of America and Canada.

Romanians abroad have two days to vote in parliamentary elections, Saturday and Sunday, between 07.00 local time and 21.00 local time, with the possibility of extending the vote until 23.59 at the latest in cases where there are voters who at 21.00 is located at the seat of the polling station or is in turn outside the seat of the polling station, awaiting the exercise of the right to vote.

The MFA reminds that, pursuant to art. 83 of Law no. 208/2015, Romanian citizens with domicile or residence abroad can vote at the polling stations organized abroad.

Romanian citizens domiciled or resident abroad can exercise the right to vote even if the Romanian identity documents listed have expired between March 1 and December 6, 2020. Furthermore, if the documents proving their residence abroad issued by the foreign authorities they expired from 1st March to 6th December are considered valid for exercising the right to vote. Romanian citizens residing abroad can submit documents proving their residence abroad issued by foreign authorities both in original and in copy, as well as in electronic format.

Read also: 2020 parliamentary elections. The election campaign ends on Saturday at 7:00 am