LAST MINUTE US ELECTION RESULTS: Trump disputed like this: never …

In a written statement released during the election campaign, US President Donald Trump made assessments of the elections held in the country on Tuesday, November 3, and the results have not yet been announced.

Affirming that the American people deserve full transparency in the process of tallying and approving election results, Trump said, “This is no longer a single election. It is about the reliability of the country’s entire electoral process.” he used the expression.

Recalling that from the start, they have argued that legally cast votes should be counted and illegal ones should not be counted, Trump noted that Democrats have opposed this principle on every occasion.

“We will go through all the legal aspects in this process to ensure that the American people have faith in our government. I will never stop fighting for you and our nation,” Trump said in his statement. gave his message. 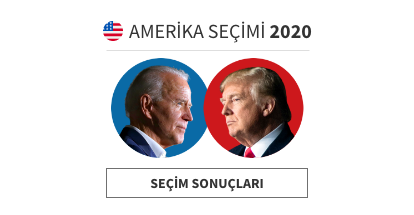 Trump sent a message to his rival Joe Biden with his Twitter post following his written statement during the election campaign.

“Joe Biden shouldn’t have misrepresented his presidency. I could have done it too. Legal processes are just beginning!” Trump said. used expressions.

It has been announced that Joe Biden, the Democrat candidate, will hold a press conference later.