Hurricane Iota is close to Category 5, according to the US National Hurricane Center 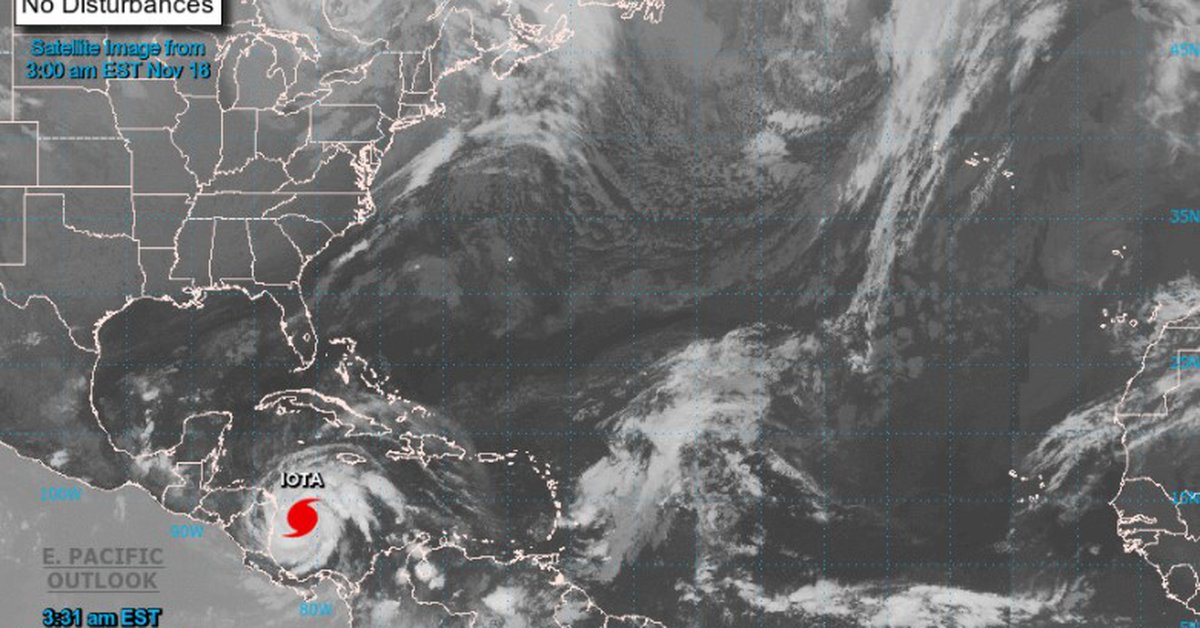 8:40 Ideam reports that rains and strong winds have hit the island of San Andrés. This was verified by a radiosonde carried out.

8:19 Sustained winds from Hurricane Iota reached 249 km / h, according to the US National Hurricane Center; with more than 250 km / h it would become category 5 and the waves could exceed 6 meters in height.

The islands of San Andrés and Providencia, in the Colombian Caribbean, are still on high alert for the passage of Hurricane Iota, which switched to category 4 in the early morning of November 16 with maximum sustained winds up to 250 km / h. This was reported by the Institute of Hydrology, Meteorology and Environmental Studies (Ideam).

Note that strong climatic effects are expected in the three places where the eye of the hurricane will pass, the category of which changes (from 2 to 4) It happened in less than 25 minutes, being IDEAM’s most up-to-date report released to the public at 2:00 am.

A Category 4 hurricane is one whose winds They reach up to 230 kilometers per hour and cause the tide to rise up to 5.5 meters. In the videos that have already started circulating on social networks, trees fall on the island of San Andrés.

According to Ideam, the area of ​​influence of the strong storm are the departments of the Caribbean region and, for the most part, San Andrés, Providencia, Santa Catalina and their keys. Its movement will bring with it abundant rains, thunderstorms and strong winds.

Ideam also warns to be extremely cautious in steep areas due to the likelihood of flash floods and landslides. The areas alerted by the institution are the Sierra Nevada de Santa Marta, south of La Guajira and north of Cesar and Magdalena.

In his opinion The United States National Hurricane Center (NHC), the trajectory on the Caribbean Sea will be two days, until it approaches the coasts of Nicaragua and north-east Honduras between late Sunday and early Monday .

It will not soon be clear in Colombia: this is how the weather looks in November and December, according to Ideam forecasts