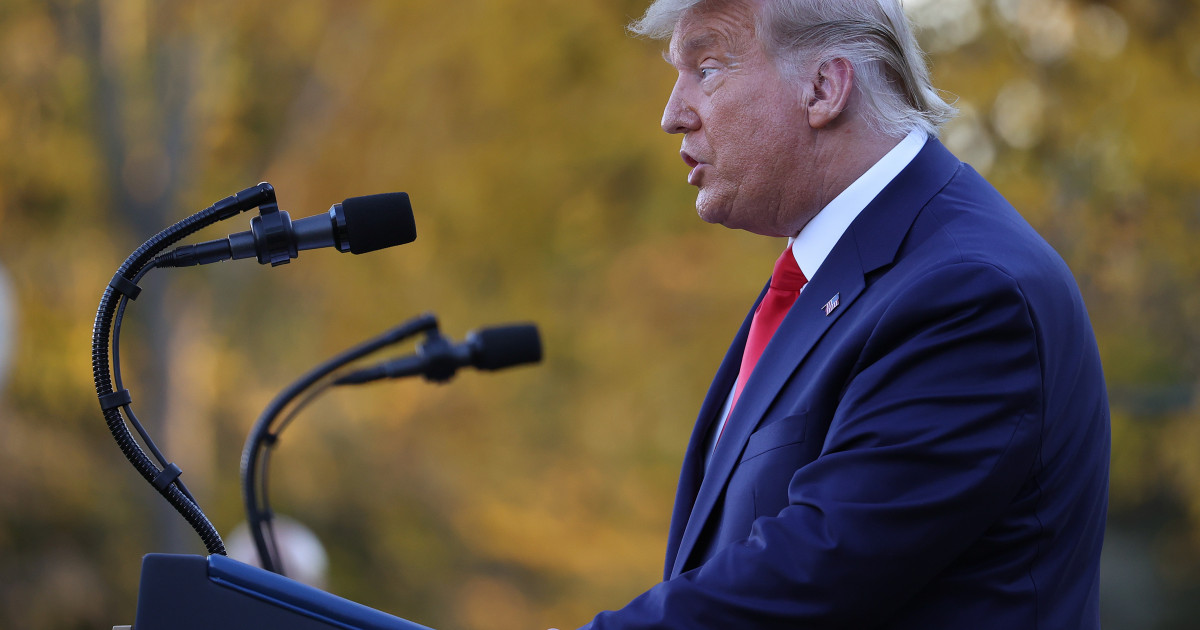 Donald Trump first admitted that Joe Biden won the November 3 presidential election, but kept his unfounded and unsubstantiated claims that the vote was rigged, The Independent reports.

“He won because the elections had been organized. Observers were not allowed in and the votes were presented by a radical left-wing society, Dominion, with a bad reputation and shoddy equipment that wouldn’t even qualify for the Texas (which I won by a large margin)., Silent and fake media and more! ”Wrote Trump on Twitter.

However, the US president did not say that he lost or renounced his appeals and complaints related to the election process, although many of them had already been rejected by the judges of several key states.

His comments come after tens of thousands of his supporters and members of far-right groups gathered in the federal capital, Washington DC, to protest the election results and show their support for the White House leader.

At least 20 people were arrested during the march following violence and clashes. In one of the videos, several people in the crowd, wearing T-shirts bearing the symbols of the far-right group “Proud Boys”, hit a man with a hair in his eye and a punch in the face.

Overnight, Trump again wrote cascading messages on Twitter, claiming that “Antifa garbage” was the cause of the violence in his march and urged the police “to do their job and not hesitate.”

On Saturday, after his supporters’ march and a day after the United States reported the largest number of Covid-19 diseases a country has ever recorded, Donald Trump returned to the Gulf.

Read also: In the MAGA universe, Trump won. The most spectacular conspiracies over his victory, in the parallel reality of Trumpism