Coronavirus: This is how Austria wants to celebrate Christmas 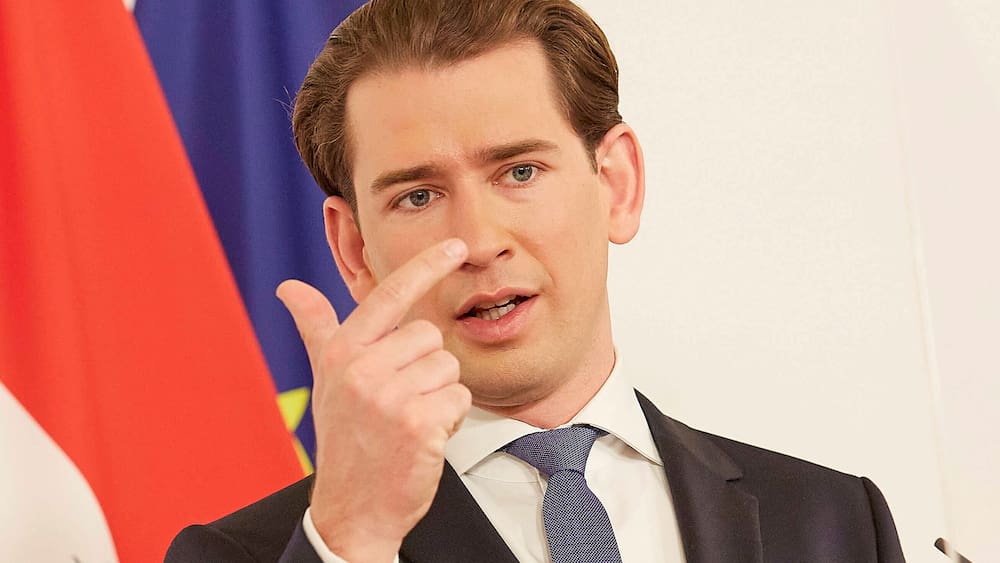 Austria must enter the second crown bloc for three weeks. To curb the high number of infections that are pushing intensive care units to their limits, most stores will close on Tuesday and schools will switch to distance learning. As early as the pandemic in spring, leaving your home or apartment is only allowed for certain reasons, including basic needs, work and, specifically, outdoor recreation – but at most with individual friends or “closest” relatives.

«My urgent request for the next few weeks is: don’t meet anyone! Every social contact is one too many, ”Chancellor Sebastian Kurz (34) said on Saturday at the announcement.

Subsequently, mass tests “in certain groups, for example among teachers” based on the model of the millions of tests in Slovakia, will track down undetected infections, Kurz announced in an ORF television interview on Sunday. The goal is to make Christmas as safe as possible.

“Even if no one wants a second block, the second block is the only way to be sure it will work,” Kurz said. “The more people stick to what is provided here, the shorter this condition will last.”

The measures apply from Tuesday and are expected to end on December 6 on St. Nicholas’ day. Shops for daily needs, such as supermarkets, pharmacies, drugstores and banks, remain open. Schools and kindergartens offer assistance. If possible, employees should work in the home office. Exit restrictions must be re-approved every ten days by Parliament’s main committee – a legal regulation introduced after the first blockade in spring.

At that time, in the midst of the escalating situation with the still new pandemic, the government had shut down schools and commerce, culture and even parks. From March 16 to the end of April, entry into the public space was prohibited, except for one of four reasons. Going for a walk was clearly not regulated at the time. The constitutional court subsequently overturned parts of the order due to vague wording. Significant containment of the outbreak became visible in April, with only a few dozen new corona infections per day for months. However, the numbers have steadily increased since July.

Has the government completely failed?

The opposition of the Social Democrats to the right-wing populists has accused the Green Conservative government of complete failure and loss of control in the pandemic. The government neglected contact monitoring and left federal states and hospitals alone in preparing intensive care units.

A month ago, Health Minister Rudolf Anschober (59, Verdi) had virtually publicly ruled out a blockade. “I just can’t imagine it,” he told ORF on October 11. This is only possible before a global collapse of the health system. “Thank God we’re miles away from that,” he said at the time.

Less than two weeks later, the number of infections shot up, from nearly 1,000 positive tests in mid-October to more than 8,000 in mid-November. On November 3, Austria closed tourism and gastronomy, cultural institutes and leisure facilities. Exit restrictions from 8pm to 6am should act as a de facto ban on visits in order to prevent contagion during private meetings.

However, the number of infections initially continued to increase in the first half of November. According to Kurz, the authorities are now unable to trace 77% of the new infections. On Friday, the number of new infections per 100,000 inhabitants in 7 days was 554.2, in some regions even up to 850. The daily contagion data indicated only a possible slight relaxation over the weekend compared to the previous week.

Health Minister Rudolf Anschober (Verdi) said that every person infected with the corona is currently statistically infecting another 1.2 people. This number of reproductions must be less than 0.9, so 10 sufferers would theoretically infect a maximum of 9 people. The health system is reaching its limits in many areas. “So we need an emergency stop and really immediately,” Anschober said. The braking distance – until the numbers really drop – is two weeks.

The fact that hospitals are examining the abyss was made clear on Saturday by a warning from the country’s top ICU doctor. “If everything increases at this rate in the next few days, we will find ourselves in a triage situation,” said Society for Anesthesia, Resuscitation and Intensive Care Medicine president Klaus Markstaller. Physicians should then choose which patients can be treated in the ICU.

The closure of schools remains an important point of contention. The opposition parties are strongly opposed and the German government’s Corona Expert Commission had widely spoken out against it a few days before the blockade. The Greens stress that the schools are not closed: assistance is offered, only the lessons are held at a distance. This poses a dilemma for parents, because according to the current state, the legal allowance for companies whose employees should stay at home to look after their children – recommended by the Ministry of Education – does not apply.

The extent to which children contribute to the infection process remains controversial. “Open schools were our goal because we are convinced of the value of education and the social function of schools,” Education Minister Heinz Fassmann (ÖVP) said Saturday. But the situation is precarious and health is a priority. “Schools are not the cause of infections, but they are not free from infections either.” Schools and teachers are better prepared for closures than in spring. (SDA / vof)