Used car control: Volvo V40 is solid even after years 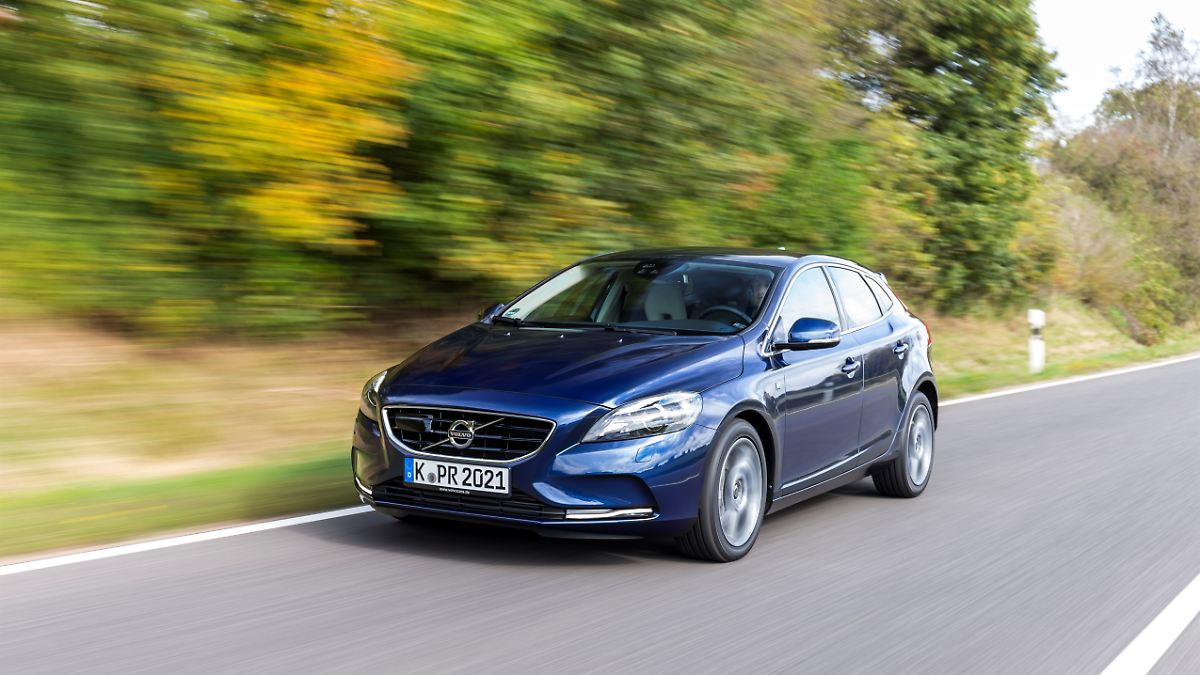 Used car interested parties who value safety and solid technology could enjoy the Volvo V40. But you shouldn’t be particularly stingy, because even with a few years behind him, the Swede still has its price.

The V40 was the latest Volvo model that still referred to the former Ford cooperation partner. The compact, offered between 2012 and 2019, was on Ford’s C1 platform. Compared to the first generation (2004 to 2012), the V40 has significantly increased in terms of design and reliability.

The Swedish five-door compact extends 4.37 meters in length and impresses with its large sheet metal dress. It must not hide behind competitors from Stuttgart, Munich or Ingolstadt. Interested parties find that beauty comes before utility when they sit in the back seat or look in the trunk. This is quite clear and with 335-1032 liters of storage volume you do not open up particularly large cargo options. The interior design is typical of Volvo and implements a slightly undercooled Swedish design language. High-quality materials are used for the interior.

Those who like things a little more SUV or a little sportier will find just the thing with the Cross Country and R-Design variants, available from 2013. The V40 Cross Country mainly chooses SUV accents, for example through increased height from ground, a higher seating position and a special bumper with underrun protection. The R-Design models are equipped with grille, wheels and special colors. It is also possible to order a sports suspension for a fee. In 2016 the V40 received a restyling. The vehicles are distinguished by a modified radiator grille and striking daytime running lights. The latter should remember “Thor’s hammer”. Then to the instrument that the god Thor once received from his father Odin.

The available four- and five-cylinder engines, diesel and petrol, come from Ford until 2015. In addition to front-wheel drive, Volvo also offers all-wheel drive. Six- and eight-speed manual and automatic switches ensure power transmission. From 2016, Volvo will use its own engines. Characteristic for petrol and diesel: four cylinders with 1969 cubic centimeters of displacement.

Petrol engines start with the basic engine called T2 and continue via T3 and T4 up to the top of the range T5. The T2 has an output of 120 hp as a 1.6 and 1.5 and 122 hp as a 2.0 liter. In terms of performance, the T3 remains unchanged at 150 hp. The four-cylinder T4 has 190 hp and comes with all-wheel drive from the factory. The flagship engine is the T5. As a five-cylinder develops 254 hp, with the transition to the four-cylinder variant it is only 245 hp. If T2, T3 and T4 with normal values ​​between 5.3 and 5.6 liters are frugal enough according to the spec sheet, five-cylinder engines like to need an extra sip.

Sorting diesels is done similarly to gasoline engines, only there is a D in front of the figures. With a displacement of 1.6 liters, the D2 has 114 hp, while the two-liter version has 120 hp. The D3 (150 hp) and D4 (177 hp) were initially five-cylinder, with the conversion to four-cylinder engines, the power of the D3 remained unchanged, the D4 had 190 hp. With consumption from 3.4 liters to 3.6 liters, both D2 versions are economical, but the king of the economy is the D4 with 190 hp. The diesel, which is always offered in combination with an eight-speed automatic, is content with 3.3 liters.

Decent equipment already in the base

The decision to buy a V40 was certainly not shaped by the greed-is-cool mentality of the first owners. The T2 already costs at least around 23,000 euros. In return, the base has a decent level of comfort and of course there is still room for improvement in the V40. Those who want more comfort will find what they are looking for in the Kinetic, Momentum and Summum equipment lines. In terms of safety, the Swedish is exemplary. Among other things, a hidden airbag under the hood is designed to reduce the risk of injury in the event of a collision with a pedestrian. It goes without saying that the V40 won five stars at the EuroNCAP.

In fact, the V40 performs in major inspections (HU) at the TÜV like a model guy. You can say that he learned from the mistakes of the previous generation; this regularly causes annoyance to examiners and test subjects at HU appointments. The V40, available since 2012, performs well in almost all disciplines. It passed the general inspection better than the average of the vehicles examined in its segment. The TÜV gives good marks for the chassis, lights and brakes. On the other hand, the Swede fails when it comes to oil spills. V40 vehicles are often unpleasant here.

Conclusion: Aside from its only hangover to the HU, the V40 is a reliable companion. A potential used car customer can’t go wrong. However, you should hardly find a bargain. The high acquisition costs and the good image of the Swede keep used car prices at a high level. Older models with high mileage are still available on used car portals at prices around 7,000 euros. For a cross country you have to plan between 1500 and 2000 euros more.