Tron (TRX) wants you to join them and support Net Neutrality 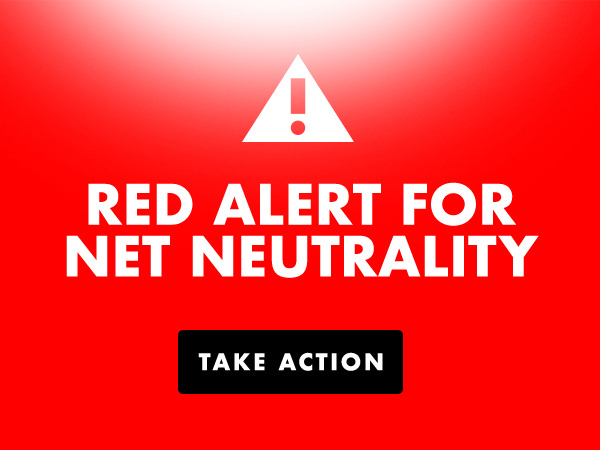 From the beginning, Tron was a project with a mission. Just as Ripple's goal is to make blockchain technology the tool around which all international payments in the world are solved quickly, cheaply, securely, Tron (TRX) aims to use the blockchain in a way that that the whole Internet becomes decentralized.

Neutrality means that no single company or authority (Comcast, Google, AT & T, Verizon, Telmex, Microsoft, Facebook and many others) is able to decide whether an information package is more important (or urgent) to deliver another package . Your ISP should treat every package of information in a democratic and egalitarian manner so that everyone receives the same services, whatever you are doing with it.

Because of the recent pressures from big corporations in the US Congress, Net Neutrality is in danger these days and this worries Tron (as you and everyone else should care).

Since Tron wants to decentralize the web via blockchain technology, web neutrality is a necessary condition. That's why Tron took a public position in defending net neutrality by donating $ 10,000.00 to the Donatefornetneutrality.com website.

As a company whose mission is to build the infrastructure for a truly decentralized internet, TRON takes position for net neutrality by donating $ 10,000 to https://t.co/Y6qYnjowzt. We believe in an open and free network and we encourage others to join us. $ TRX https://t.co/yqBSzNAv3V

Tron believes in defending neutrality. It is analogous to freedom of speech, independence and freedom in the digital world. It is under siege by American politicians and Tron invites everyone to take a stand on this issue and support the fight for neutrality by donating to the same website.

This is not just about Tron's ambition to decentralize the web, but it's important for all of us. Keeping the neutrality alive is the only way in which we all must ensure that the Internet remains free and does not become a sort of digital dictatorial regime in which large telecommunications companies end up deciding everything that happens to every user in the world.

This is a controversial issue, of course. Many Internet users think that fast Internet connections should be more valuable than slow ones. This high quality content should have more value. The problem here is, who will decide what is the high quality? They will not be users, universities or scientists. It will be Google, or Youtube, or Facebook or Microsoft.

The DonateForNetNeutrality website aims to raise $ 100,000.00 to finance the fight for net neutrality. Currently they have $ 38.328.00 and every donation you make will be doubled by their sponsors. You can even make donations in cryptocurrencies.

The point in this campaign is to annul the last ruling of the FCC that killed the net neutrality, only a few months ago. There is a mechanism called the "Congressional Review Act" (CRA) that allows you to reverse previous decisions.

The problem is that time is running out and if this reversal does not happen quickly, it could become permanent. This would make it much more difficult to correct in the future. Ensuring that this happens will have to attract the attention of some key legislators who are facing tough races so that they start listening to their constituents.

Keep this in mind: while Tron is not based in the United States, the organization understands that the lack of neutrality will affect all Internet users around the world and, in particular, the crypts in which decentralization and democracy are fundamental values. Tron's heart is in the right place. Let's try and follow the example.