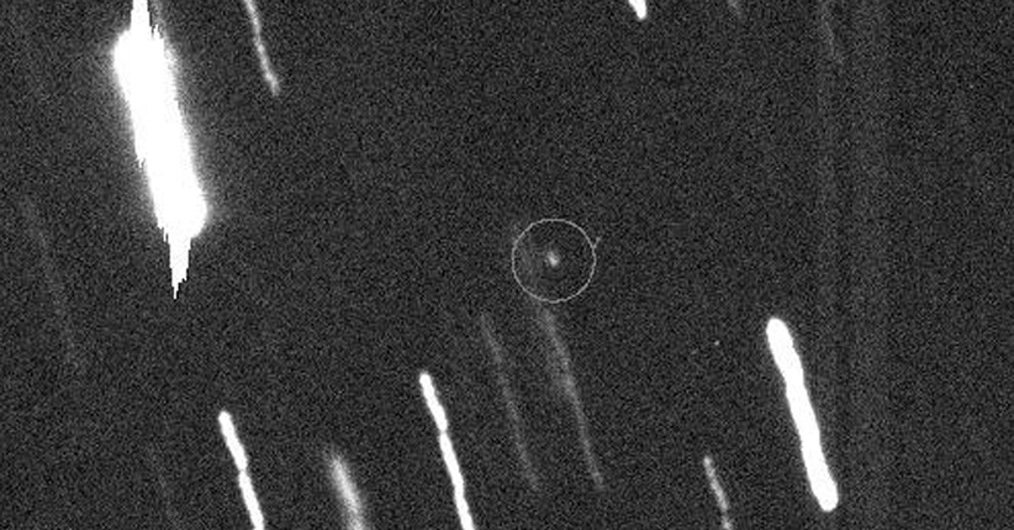 Because every asteroid you notice in advance has a sizable amount of asteroids that astronomers only see when they whistle right in front of our noses.

And even when it comes to those asteroids that have been spotted well in advance, it is sometimes quite difficult to pinpoint the likelihood of their collision with Earth.

One such “unpredictable” asteroid is 99942 Apophis. Its orbit sometimes orbits so close to Earth that it becomes uncomfortable.

The 370-meter-long rock formation, discovered in 2004, is listed on NASA’s Sentry, which contains all cosmic bodies that should be constantly monitored closely. And while scientists are absolutely convinced that in 2029, when Apophis approaches Earth again, it will pose no threat to our planet in terms of approaching 2068, they are not so sure.

The probability of a catastrophe is certainly not high – about 1 in 150,000. But an asteroid of this size would do far more damage than an atomic explosion, so it would be very unfortunate if some inaccuracy were involved in its orbit calculations.

And the presentation at the conference of the Virtual Planetary Division of the American American Astronomical Union would certainly not be reassuring.

Last month, David Tholen, an astronomer at the University of Hawaii (USA), presented his and his colleague Davide Farnocchia’s research work, based on three nights of asteroid observation in January and one night of observation in March.

These two scientists were able to describe the asteroid with incredible accuracy, they were also able to capture the Jarkovsky acceleration – a phenomenon when the asteroid’s hemisphere directed towards the Sun radiates more heat than its dark side. And this creates an asymmetrical thrust and slightly adjusts the orbit of this cosmic body.

And when Jarkovsky’s acceleration data is included in the asteroid model, “in practice, it means that the collision scenario of 2068 is still valid. We have to monitor this asteroid very carefully: it goes without saying that it will be crucial to monitor it as we approach. to 2029, “Tholen explained in his presentation.

The approach in April 2029 will indeed be very close: Apophis will be closer to Earth than some of our communications satellites. This will be a very important opportunity for scientists to take a very close look at the ever-growing cosmic body that is causing some of that anxiety.

And less than nine years after observation, scientists have already begun preparations: the US Moon and Planetary Institute has organized a virtual seminar on how to extract as much information as possible from that approach.

“Knowledge is our planet’s first line of defense and the Apophis approach in 2029 is an opportunity that only occurs once in a thousand years,” the institute said.

“We have less than a decade to plan for ground and possibly asteroid missions, the measurements of which would provide us with unprecedented details about the physical nature of Apophis as a prototype of other potentially dangerous asteroids,” the institute said in a statement.

If scientists are truly successful, it will be possible to carry out an Apophis space mission similar to that of the asteroid Bennu, where the asteroid has been analyzed by a flying probe, rather than using only telescopes, which do not necessarily show us everything. it is important to know.

This asteroid is “a great opportunity to prototype and demonstrate rapid reconnaissance capabilities of near-Earth orbit,” said Brent Barbee, an aeronautical and aerospace engineer at the University of Maryland.

And there are all kinds of intelligence options: a brand new spacecraft, an extra wheel from the OSIRIS-Rex probe that visited Bennu, or just monitoring from the Earth’s surface. Whichever option you choose, in a few years we will learn a lot more about a neighbor who has no idea of ​​the “personal space” of the planets. And hopefully, final confirmation will be received that Apophis and 2068 will fly across Earth at a safe distance. Or not. Any knowledge will allow us to take timely action to ensure our safety.