The TOK for cryptocurrency exchange based on Thailand lists XRP 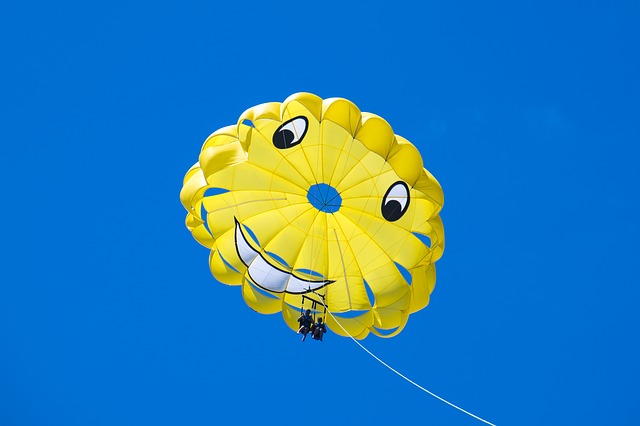 Cryptocurrencies and blockchain technologies have redefined the way payments and agreements are now being exchanged and transferred around the world. Because of their decentralized nature, virtual currencies including Ripple's XRP are immune to challenges such as government bureaucracy and inflation to name a few.

But everyone knows that cryptocurrency is a perfect way to send and receive large sums of money from one side of the world.

In recent times, the cryptocurrency market has seen the emergence and introduction of new applications in the cryptocurrency ecosystem that allows traders and users to exchange, store and exchange virtual currencies such as BTC and XRP.

Despite the progress made in the cryptocurrency world, many governments and nations are still adrift when it comes to incorporating and adopting blockchain technology.

However, Thailand seems to be going against it because it is eager to embrace revolutionary technology while other countries like the United States are still trying to understand the technology and the best way to implement it in their current operations.

Thailand is so much in the blockchain and cryptocurrency technology that they are already plotting on how they can invent their own central bank virtual currency (the goal of Ripple since the beginning was to make XRP a base currency for the banks, so probably a couple made in paradise?).

Subsequently, the Thai regulators have made remarkable progress since 2017; to allow exchanges and ICOs to conduct their operations in the country to inaugurate a cryptocurrency licensing company.

The country has also attracted the attention of international companies that are impressed by their clear and decisive rules governing foreign blockchain companies. Thailand is rapidly emerging as an example that is worth emulating throughout Southeast Asia, and as a country deserves the attention of the founders of cryptocurrency and blockchain as it is a breeding ground for technology.

Tok exchange @Tok_ExchangeAn exchange will be launched based in Thailand $ XRP. Deposit XRP and withdrawals from November 13 and negotiation with BTC couple for November 14th.#XRPthestandard#XRPcommunity@Ripplehttps://t.co/lEULcAuxp5 pic.twitter.com/4jzLvLrFWi

What is the exchange of Criptovaluta TOK?

TOK is a new cryptocurrency exchange service that generally acts as a portfolio to hold virtual currencies and a mobile exchange. In addition to this, other TOK attributes include:

What this says is that TOK is a platform that has the ability to act as a portfolio for any virtual currency that users can decide to store in it. Beyond that, TOK has a trading capability that allows users to directly exchange digital assets directly from the account / portfolio with minimal security risks and conversion losses.

When using the TOK, users have full functionality for exchanging virtual currencies and legal currencies simply by using their smartphones and handheld devices. This means that users who work or on holiday can access their accounts / portfolios and make the right offers at a given time.

TOK as an exchange platform is not only convenient, but also has high security features that allow users to control the amount of digital resources they are storing offline. This feature gives users the assurance that their digital assets are secure and secure even when they do not access their digital assets for a long time.

Another important attribute of TOK as a platform is that they do not charge extra fees for transactions of any kind on their platform.

As a versatile decentralized chat application developed on Ethereum & # 39; s Blockchain, TOK offers its users the classic attributes of a chat app and an easy-to-use integrated cryptocurrency portfolio.

A couple days ago, the Thailand-based encryption exchange, TOK, has announced its operations to the world to list the Ripple default cryptocurrency, XRP, on their platform. From November 13, 2018 (until yesterday), users could deposit and withdraw XRP coins on the TOK platform. But from today, users can start trading XRP with the BTC pair on the platform.

This move promises to have immense benefits for both entities, since Ripple is becoming more popular in Thailand while TOK is about to enter the trade league of the popular cryptography, XRP.