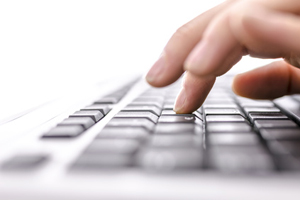 A blockchain-based service that aims to give patients greater control over their medical records began today a pilot study, with a woman in London using the platform to access a video consultation with her family doctor.

The service – called MyClinic.com – was developed by the British startup Medicalchain and the chain of private clinics Groves Medical Group to provide a transparent exchange of medical records between doctors and their patients, using the blockchain to ensure that the transfer is safe.

Its developers also state that it offers patients greater flexibility on how and where they receive medical advice and "how they control the use of their medical information". The system allows users to consult a real doctor remotely for a small fee payable directly to the doctor.

There seems to be no limit to the number of applications for which the blockchain is being applied, and the pharmaceutical industry is already piloting its use in the supply chain, seeing if it can be used to provide a transparent chain of custody for medicines as they move from the manufacturer to the patient.

As a reminder, blockchain – as it is distributed by Bitcoin – is a constantly growing, publicly accessible "ledger" that records transactions in a tamper-proof and overhaul manner, creating a digital database of timestamp records. Transactions are recorded simultaneously by the decentralized network of computers that manage the blockchain, so the records are public, verifiable and more difficult to breach.

Other blockchain applications do not necessarily follow that model – there is no standard definition for technology – and some are not public or decentralized.

This led to the emergence of a vast number of blue sky companies offering blockchain-based services that only vaguely resemble the Bitcoin model and that sometimes seem to solve problems that do not exist. One might ask, for example, if it is an advance or a device for a washing machine to order its own detergent using a blockchain system – an idea designed by Samsung and IBM.

Health is an area in which there seems to be a convincing argument for its use, if passed, and the protection of integrity and transparency of electronic medical records (EHR) is an obvious application.

Of course the Medicalchain platform is not public, given the sensitive nature of electronic medical records, but is decentralized and allows the user to "give conditional access to various health agents such as doctors, hospitals, laboratories, pharmacists and insurers to interact as they see fit ".

According to the company, the ultimate goal is the automatic and widespread integration of CCEs. "Currently, medical records are stored on different systems in all GP clinics and hospitals, often with incomplete and sometimes conflicting information that involves risks such as misdiagnosis, delayed treatment or even death," he says.

"Blockchain is perfectly suited to solve this problem because any conflicting information is automatically flagged and the blockchain register means that historical data can not be lost, thus creating and protecting a clean and accurate version."