the komgo blockchain platform for commodity trading is active 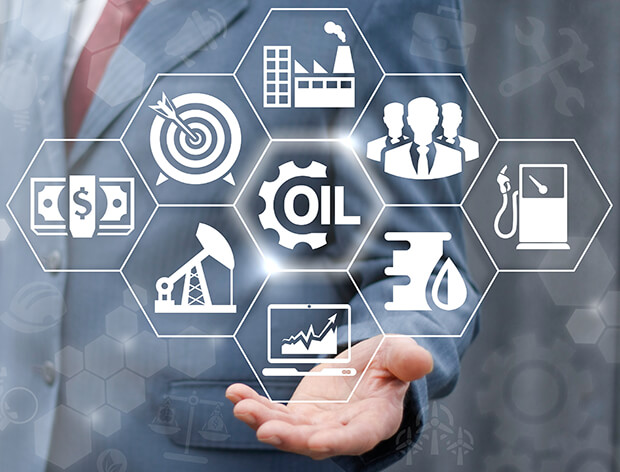 komgo, a new blockchain-based platform supported by some of the world's largest commodity trading banks, is now active.

Its foundation has followed two experiments conducted on ING Easy Trading Connect platform in the trade of raw materials and raw materials in 2017 and at the beginning of 2018 respectively.

After months of construction of the platform, the first transaction was announced by Société Générale on its LinkedIn page on December 20: "A new step in innovation for the raw materials trade." Société Générale is proud to announce the process through blockchain of a first letter of credit from komgo Funding of a live transaction on North Sea crude oil with Mercuria ".

The komgo platform will initially offer two products: a digital letter of credit (LC) and a customer knowledge solution (KYC). Digital LC, which is now live, allows commodity houses and other players to send commercial data and digital documents to their banks.

The KYC solution, meanwhile, will enter service in mid-January. It will standardize and facilitate the KYC process, allowing the exchange of documents on a "need to know" basis and without using a central database, which means that users keep their documents in their premises.

When contacted by GTR, Société Générale was unable to provide further comments on the first transaction, including the names of the other parties involved.

But according to Baptiste Audren, who is responsible for the products and business development of komgo, LCs are now published on the platform on a "regular basis".

He says GTR that several members of the founding bank are now using the platform, although they have not been able to specify which ones. All founding members are expected to be placed by the end of the first quarter of this year and the initiative will therefore focus on attracting other companies and banks to the platform.

The hope is that komgo will change the way the financiers deal with customers and other parties in the ecosystem, significantly speeding up the time it takes to make an agreement.

"Our main goal is to generate products that are not the same as what we see on the market now, we are not just digitizing existing solutions, we want to come up with products designed to be much faster and more efficient," says Audren.

For example, he says, komgo is creating a smart contract on top of the LC format to include an automatic matching feature. The company is also trying to add a credit discount solution in 2019 and is discussing the integration of insurance on the platform.

The challenge, explains Audren, is now around the mentality of the participants. "The LC solution was much appreciated, it simplified the process and the LC was released very quickly, one of the challenges is that people still want to change and add clauses, so the mentality must change and it will take a while. of time for people to realize that there is a standard format, "he says.

In addition to improving transaction speed, the benefits of blockchain use include the ability for all parties to monitor real-time transaction progress, easy data verification, a reduced risk of fraud and a shorter cash cycle.

"What Komgo will offer first is a new way for banks and customers to interact with each other," says Kris van Broekhoven, global head of commodity trading at Citi, one of the founders of komgo.

"We believe that komgo will offer significant improvements in terms of user experience and delivery times, all of which are important factors for maintaining the raw materials trade, and will also reduce risks and bring elements of trust and safety to the market. both banks and companies ".

This new development, says van Broekhoven, could very well lead to new financing solutions in the future, although this is not the immediate goal. "It is entirely possible that the efficiencies brought by komgo will allow us to do business that we are not trying to do today, but the main goal is to improve the service to the customers we already work with," he explains.

A spokeswoman confirms that Citi has now been included in the platform. Although the bank has not yet executed a transaction, it intends to do so "imminent".

The live komgo platform is now connected to Vakt, another blockchain platform focused on raw materials went live at the end of November 2018. This means that Komgo banks can offer blockchain-based financing solutions to Vakt users.

To begin with, Vakt was privately launched with BP, Equinor, Shell, Gunvor and Mercuria as users, only for the BFOET crude oil trade (Brent, Forties, Oseberg, Ekofisk and Troll). It is destined to open up to the broader market this month.