The German school in Frankfurt issues certificates for blockchain-based courses 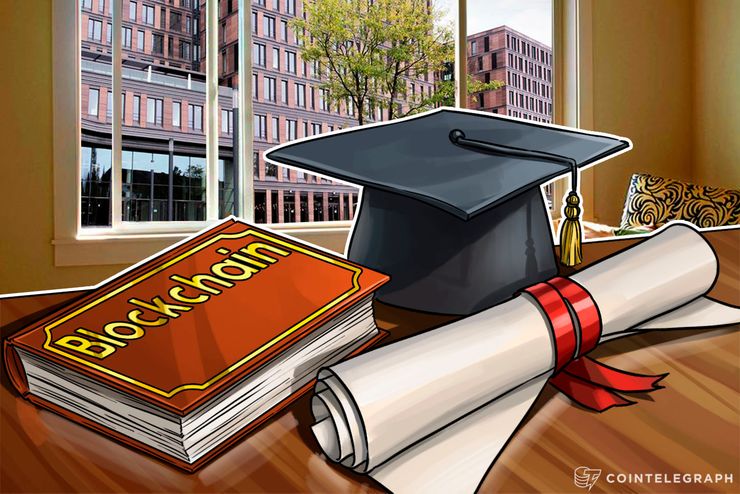 The School of Finance and Management of Frankfurt (FS) in Germany will offer students the opportunity to demonstrate their qualifications using blockchain technology, Cointelegraph auf Deutsch reported on 17 September.

As part of a pilot program, graduates from one of the FS blockchain technology courses will be able to demonstrate successful completion of the course with a certification stored on a blockchain itself.

For the pilot project, FS is working with Consensys, one of the leading software companies in the blockchain field. Consensys has developed a decentralized app (DApp) for so-called self-sufficient identities, where certificates are not necessarily published on a blockchain, but only copied to the computers of many network participants.

Copies can be encrypted so that the owner of a particular node in the respective network can decide on a case-by-case basis what certificates make visible to other participants in the network. Therefore, the blockchain makes credentials physically portable for students.

Veronika Kütt, associate researcher at the Blockchain center of FS and responsible for the pilot project, finds the opportunity to digitally present the "fascinating" certificates:

"We are doing a pioneering work here. <...> Our students find it a privilege to be involved in new technologies at an early stage.It is like the programming of the first public Internet sites in the mid-1990s. "

Professor Philipp Sandner, Head of the Blockchain center of FS, he added:

"With the blockchain you can store personal data, such as a CV or identity card, as in an illustrated book. In our project we show how easy and comfortable it is for the user. "

This makes the FS the first educational institution in Germany to offer its students blockchain-based certificates. The new technology is also used in Switzerland at the University of Basel. At the end of April, the Center for Innovative Finance (CIF) introduced course certificates registered on the Ethereum blockchain.