Ethereum changes hands to $ 174.60. The coin takes back the downside after a weak attempt to recover late Tuesday. ETH has lost more than 4% of its value from the start of the day and almost 10% in the last 24 hours. It is one of the worst performing digital coins with over 37% losses in the last seven days.

The technical framework of Ethereum

ETH / USD is approaching unexplored territories as there are no support levels below $ 174.00. Once eliminated, the sell-off could take the pace and take the price towards $ 155.00, which is July 17, 2017 low. On the upside, the obstacles are numerous, and the first comes to $ 186. This level interrupted the recovery attempt late on Tuesday. Then come $ 190 and $ 200, which seems unattainable now.

Many experts accuse Vitalik Buterin of the recent sale of cryptocurrencies as a creator of Ethereum, who said the market has no room for growth. However, it seems that the cryptic community erroneously interpreted his words and lost the positive aspects.

In addition, he said he was positive about the future of the cryptocurrency industry, due to "deep reservoirs waiting for just the right trigger", but nobody listened. 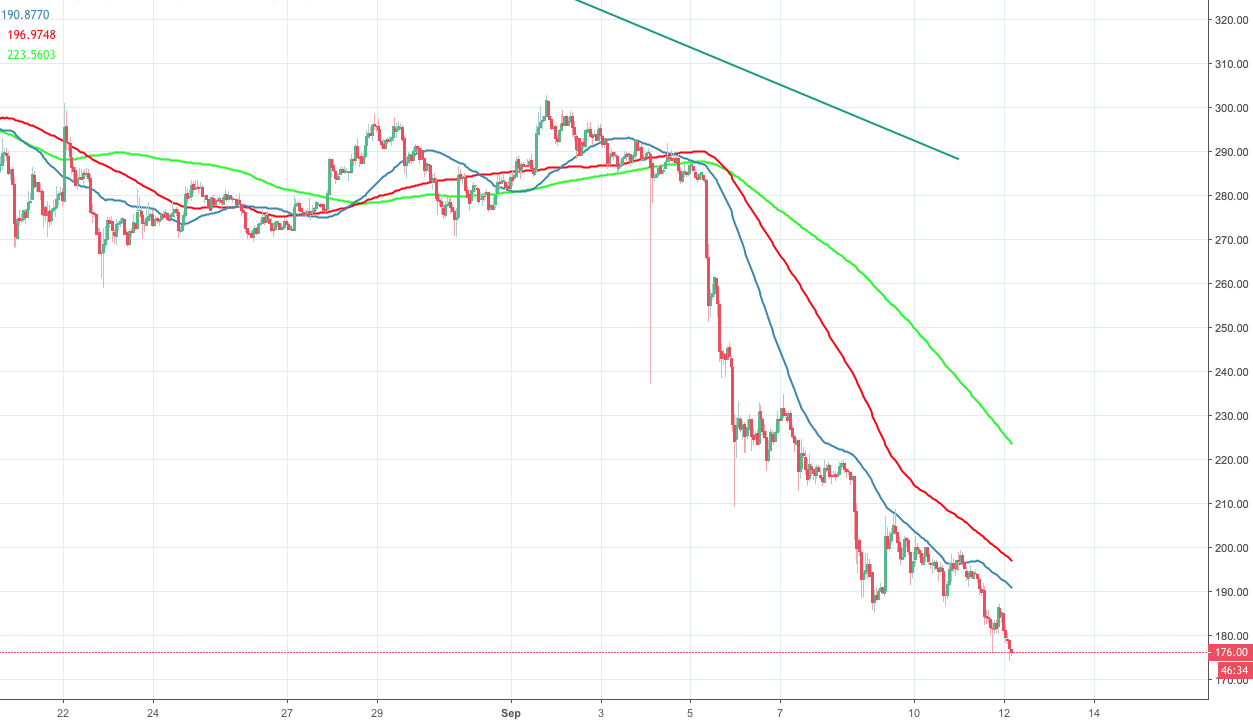