Ripple continues to gain recognition worldwide, proving it is one of the most important companies in the world of encryption and blockchain technologies. The developer of the third most important cryptocurrency in the global market, has consolidated as one of the few options that has approached the traditional financial markets to use the tokens developed under DLT.

Ripple added another positive experience to his long list of strategic partners after being recognized by a representative of Mitsubishi UFJ Financial Group, Inc. as one of the most successful options that have proven to process payments quickly and economically. 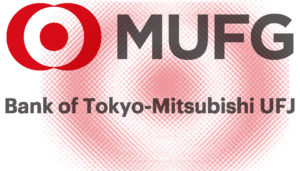 Mitsubishi UFJ Financial Group, Inc. is the fifth largest bank in the world by total assets ($ 2,784.74 B), with a broader capital base than other consortiums like JPMorgan Chase & Co. (number 6), Goldman Sachs (number 35) or even Santander (number 16), which is worth noting, also had positive experiences with Ripple.

In an excerpt from a conference published by Steven Diep a representative of Mitsubishi UFJ Financial Group, Inc. commented on how Ripple technologies can deliver better results than other alternatives like SWIFT:

"Today, for many of us, we could go through SWIFT and meet charges, many intermediate banks are part of this, and typically an SLA for transferring funds or the movement is between one and three. days.

Using technology like Ripple, we can get to something like 30 seconds, which is significantly different and at a cheaper cost even in terms of money transfer between our subsidiaries, between our different countries at the time. inside our network. "This is very important to us"

He commented that although he assessed several possibilities, the multinational is quite satisfied with the results i obtained through the use of Ripple technologies.

"Ripple is one of the solutions we are focusing on: not the only one, but the one that works"

MUFG that explains how Ripple's solution helps them reduce operating costs among the 50 branches around the world. #ripple #efficiente #settlement #ripplenet #XRP pic.twitter.com/xAr00xpgtr

Mitsubishi and Ripple: a partnership with actual results

He also commented that Mitsubishi UFG owned three quarters of the Krungsri Bank, which is the fifth largest bank in Thailand. This bank was the leader in terms of implementing Ripple, with successful and proven practice cases.

In the case of Krungsri, one of the major achievements was obtained through the processing of payments with an important petrochemical company in September.

"Just in May, Krungsri has unveiled a successful pilot test with Mitsubishi Corporation, one of our customers, between Mitsubishi UFG bank and Standard Chartered mobile funds from Bankgkok to Singapore with great success.

We have made under the sandbox of Thai regulations … We are still in the testing phase, but our interest is absolutely to build towards something real that we can use within our group ".