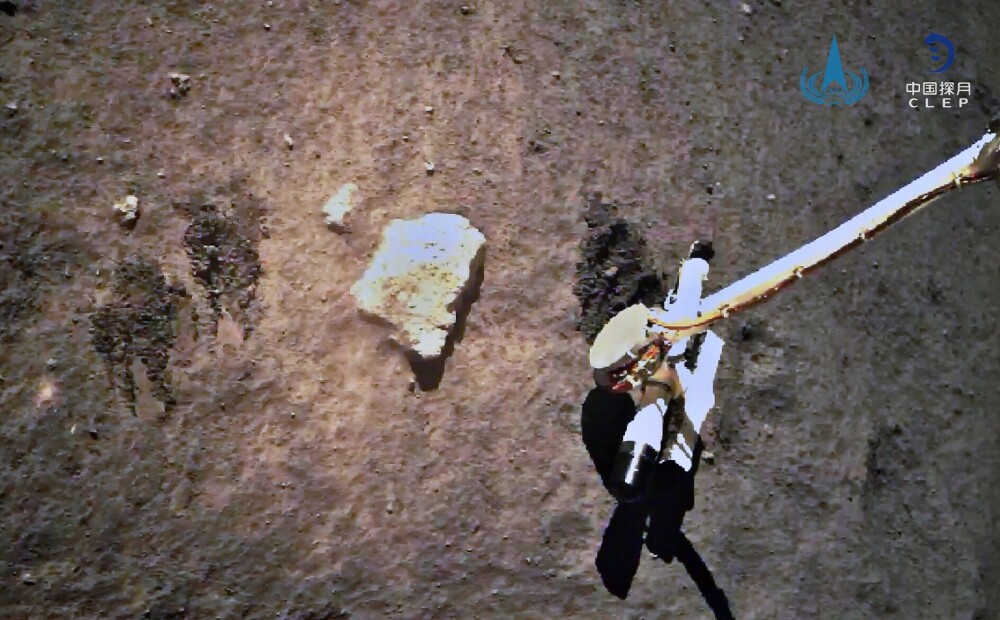 
China’s Chang’e 5 probe has collected lunar samples and is preparing to send them back to Earth, China’s National Space Administration said Thursday.

Chang’e 5 landed on the moon on Tuesday and had to dig into its surface and collect a total of two kilograms of samples.

The materials were collected in a large lava field known as the “Storm Ocean”, according to the scientific journal “Science”.

Scientists hope the samples will help them gain insights into the moon’s origin, formation, and volcanic activity on its surface.

The resulting materials are packaged in a special capsule, which is expected to land in China’s Inner Mongolia region in early December.

China launched the Long March 5 rocket with the Chang’e 5 probe into space from the Wenchan landfill in China’s Hainan province.

This is the most ambitious lunar mission that China has ever undertaken. Last year, the Chinese self-propelled robot “Chang’e-4” landed on the dark side of the moon.

The last space mission to take samples from the Moon to Earth took place in August 1976, when the Soviet space probe “Luna-24” brought 170.1 grams of lunar samples.

China launched its first independent mission to Mars in July.

China plans to build its own space station by 2022 and send a fact-finding mission to Jupiter by 2029.

Others are currently reading

After an argument with her husband, the influencer disappeared without a trace, but soon after her naked body was found by a garbage truck.

We use cookies. Cookies store anonymous data about your visit to the website and help create a more comfortable user experience. Cookies can be consulted by trusted partners. By clicking “Accept”, you confirm that you understand and accept the use of cookies on your device. You can withdraw your consent at any time by deleting the cookies stored on your device.