Sudden fall in the market, Bitcoin loses $ 150 in an hour, Litecoin down 6%

The rest of the market is reacting to the fall of Bitcoin, with Ethereum down more than 3% and XRP and Bitcoin Cash have lost 4% of their value. Litecoin saw a 6% drop on Monday. Meanwhile, Tether almost returned to $ 1, two weeks after the stablecoin dropped to $ 0.86.

It is not exactly clear what caused the sell-off on the market, but it is the first big move for most coins in a week. In recent days there have been no negative news in space that could lead to the sale of people, and today the Bitstamp exchange has also announced that it has been bought by the European investment company NXMH.

At the start of today, Chepicap reported on Bitcoin a new low volatility in terms of quarterly speed. Some say that Bitcoin is becoming "too stable".

Wake up. It's time to trade. 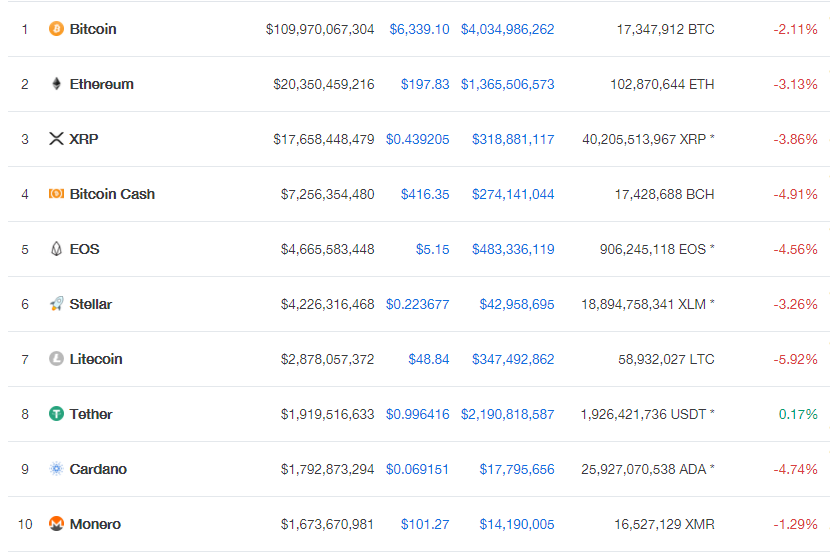 Good morning everyone except the panic sellers