SpaceX’s spacecraft with four astronauts took off for the ISS 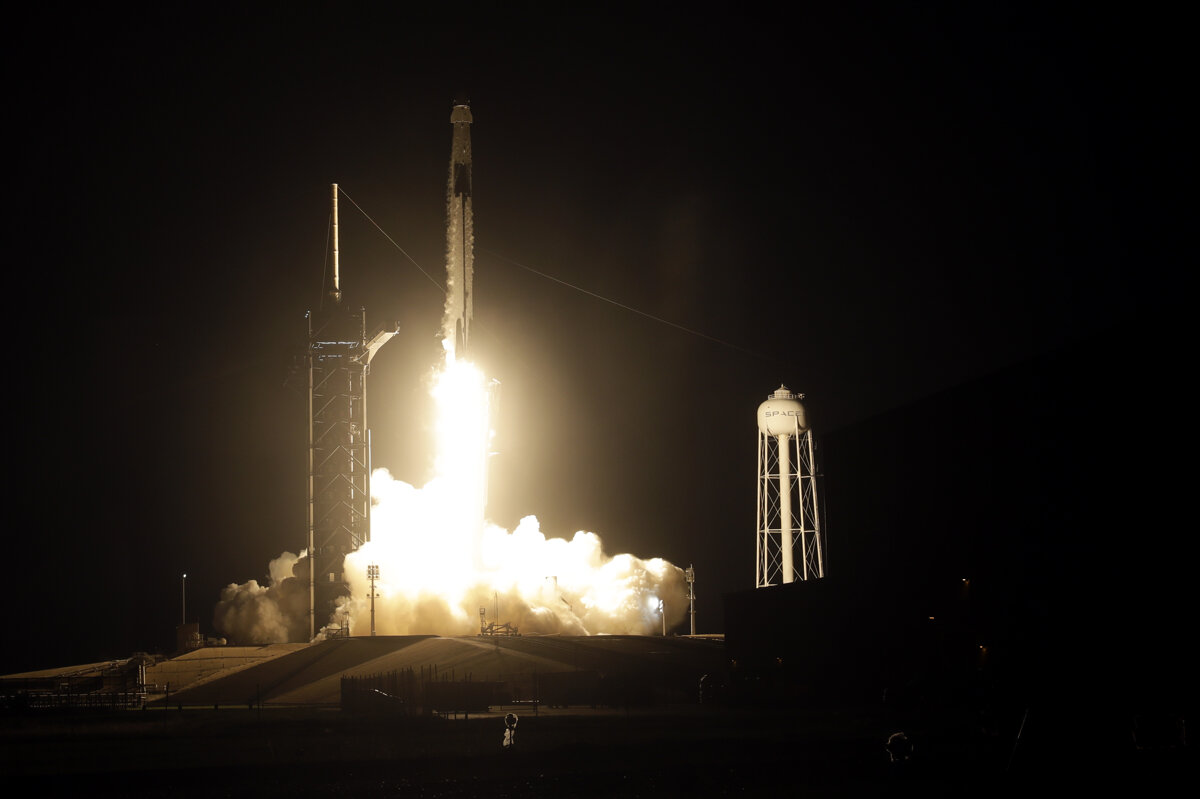 The AP and AFP agencies have informed them.

The article continues under the video announcement

They will remain in the station until spring

This is SpaceX’s second manned space flight – after a test flight with two astronauts in May – and the first regular transport of astronauts to IIS by a private company for the US National Aeronautics and Space Administration (NASA).

In the past nine years since the closure of the space shuttle program, NASA has used the services of the Russian Soyuz missiles for this purpose.

Brought into orbit by the Falcon 9 rocket, the Crew Dragon will take American astronauts Michael Hopkins, Victor Glover and Shannon Walker and Japanese Soichi Noguchi to the ISS.

They are expected to arrive at the station late Monday evening – after 27 and a half hours of fully automatic flight – and remain there until next spring.

“It’s another historic moment,” NASA Director Jim Bridenstine said Friday. “Make no mistake, though: caution is required on every flight,” he added in a statement, which was confirmed when the originally scheduled start time was postponed by one day due to bad weather.

US Vice President Mike Pence, who chairs the National Space Council at the US President’s office, flew to Florida from Washington for the launch.

However, SpaceX founder and director, entrepreneur Elon Musk, was forced to follow the event from isolation. As he wrote on the social network, “most likely” COVID-19 has a mild course of the disease.

Security measures related to the coronavirus pandemic also influenced flight preparations. The astronauts have been quarantined with their families since October.

All ground personnel were veiled and the number of guests at the Kennedy Space Center was limited.

According to the AP, hundreds of thousands of spectators were waiting behind the resort gates on nearby beaches and in cities.

NASA has expressed concern that the start of the weekend – combined with an impressive night scene – could lead to the spread of the disease. The agency then urged people to wear tents and keep safe distances.

Similar requests for the launch of the first SpaceX flight with the crew on May 30 went unnoticed, according to AP.