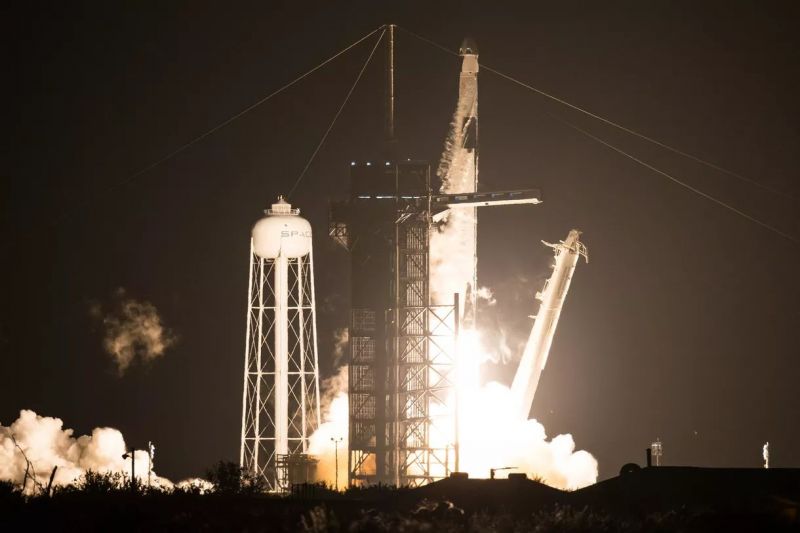 SpaceX, owned by Elon Musk, who also owns the successful automaker Tesla, has launched a crew of astronauts for the second time into Earth orbit. The flight, called Crew-1, marks the first operational mission for the Crew Dragon project since SpaceX began a new era in the smooth deployment of humans to and from the International Space Station. He works for NASA.

Crew Dragon took off yesterday (November 15, 2020) atop SpaceX’s Falcon 9 rocket and took off from NASA’s Kennedy Space Center in Florida. Inside the capsule are three NASA astronauts: Mike Hopkins, Victor Glover and Shannon Walker, as well as Soichi Noguchi of the Japanese Aviation Research Agency or JAXA. Now in orbit, the crew will spend more than a day in space before docking with the ISS on Monday. Crew Dragon is designed to automatically dock at a space station without the need for crew assistance.

SpaceX also wants to compete with Russia’s Soyuz, which can carry a maximum of three people into orbit, while the Crew Dragon module can carry four. At the same time, this will be the first time that there will be an odd number of people at the ISS International Station, i.e. seven.