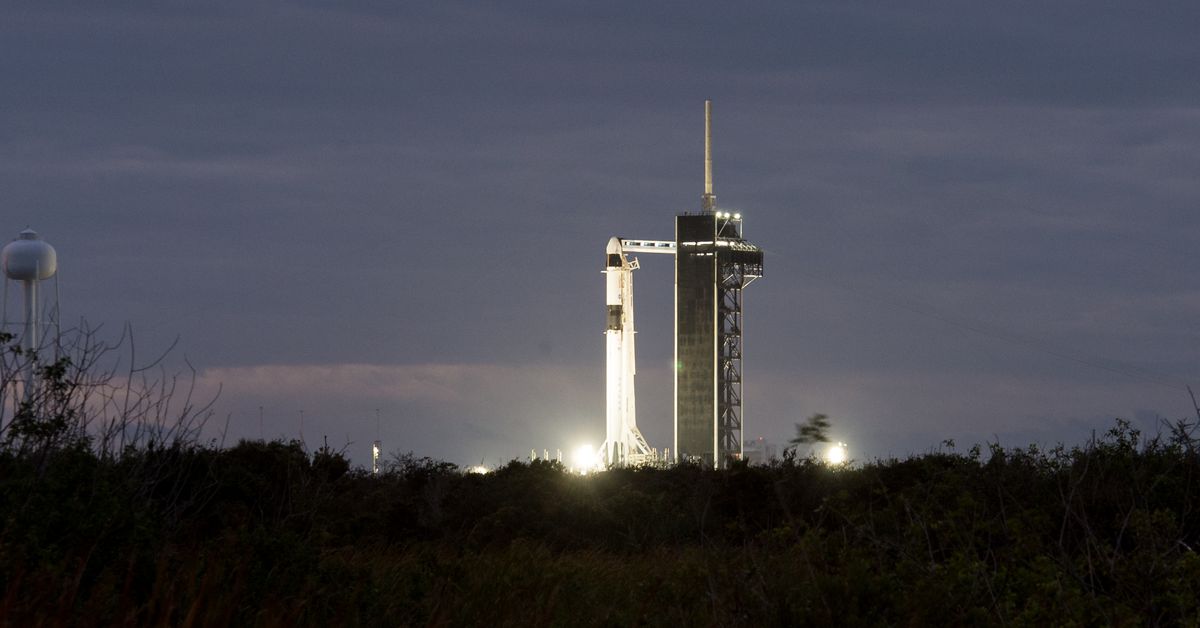 Tonight, the first operational mission of SpaceX’s Crew Dragon spacecraft will take off, carrying a crew of four to the International Space Station. The mission, scheduled for 7:27 pm ET, marks the beginning of regular manned missions to and from the ISS for SpaceX as the company sets a course to space for NASA astronauts – and ultimately for private customers.

On board tonight’s flight are three NASA astronauts – Mike Hopkins, Victor Glover and Shannon Walker – as well as Soichi Noguchi of the Japanese Aerospace Exploration Agency. The crew is expected to stay aboard the ISS for six months, before returning to Earth inside the Crew Dragon in the spring.

Live coverage of NASA’s flight will begin at 3:15 PM ET, shortly before the crew begins donning the custom SpaceX pressure suits they will wear during the flight to space. They will then head to NASA’s Kennedy Space Center launch pad at around 4:00 PM ET to board the Crew Dragon and remain tethered inside the spacecraft. Once connected, the hatch will be closed around 5:30 PM ET. Then it’s time to wait until takeoff.

What time does SpaceX’s Crew-1 launch?

SpaceX’s Falcon 9 rocket will take off from the company’s launch site on Sunday, November 15 at NASA’s Kennedy Space Center in Cape Canaveral, Florida.