The IOTA price is today's worst result after previous reports suggested that Sirin Labs had been redirected from the IOTA to Ethereum.

Sirin Labs, the creator of the upcoming smartphone Finney a blockchain, revealed that he chose Ethereum blockchain on IOTA, according to media reports. The IOTA had previously been announced as a blockchain solution of choice for Finney, but it seems that Sirin Labs has changed his mind and now plans to adopt a private version of Ethereum. The news has put pressure on the price of the IOTA, since it has decreased by 18.1% in the last 24 hours to $ 0.75, according to data from Coinmarketcap 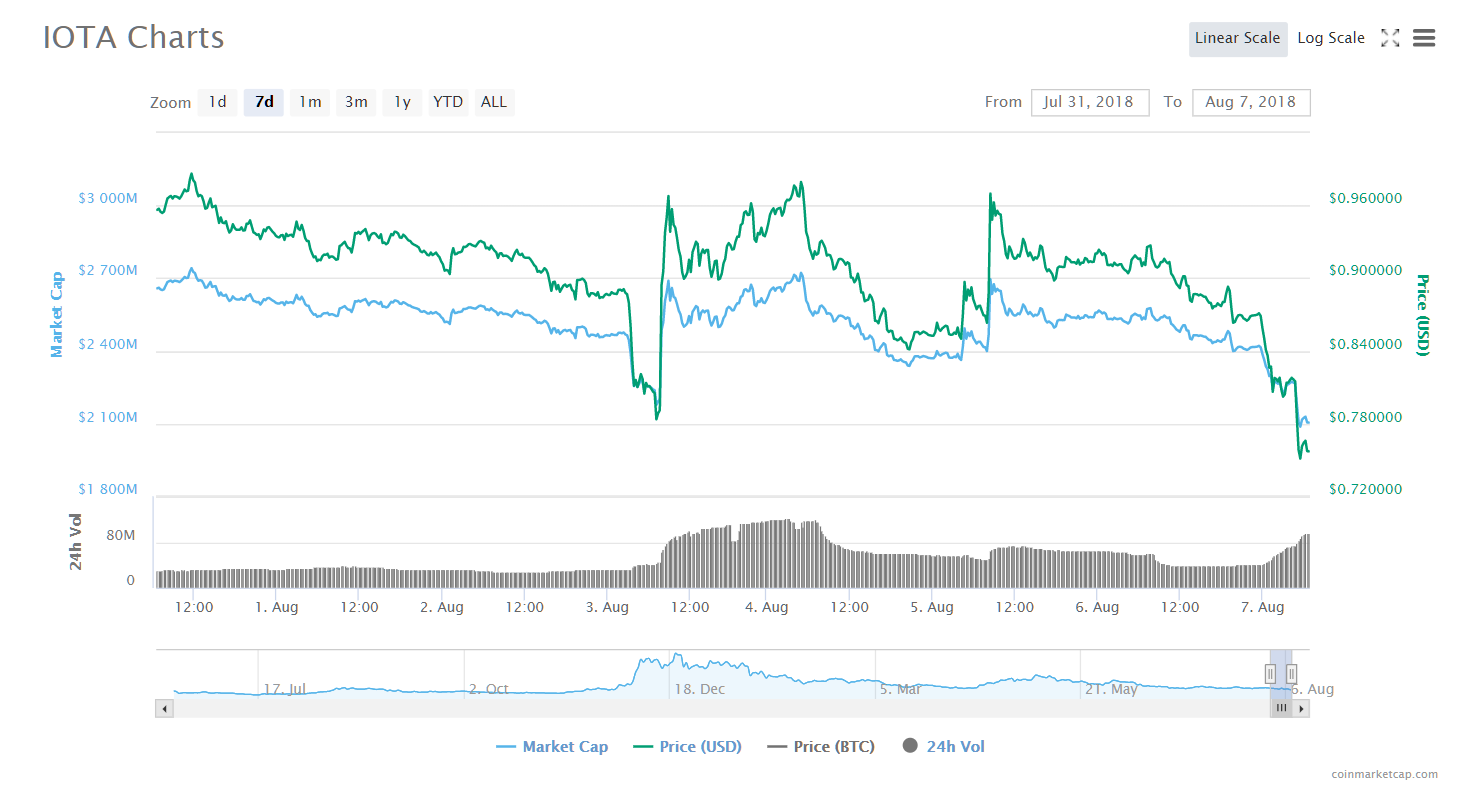 Thursday, the IOTA price has risen from $ 0.78 at $ 0.96 in several hours, driven by news on the IOTA hub. This is a new gRPC API-based solution that helps third parties better integrate IOTA with their systems. The IOTA Foundation said that cryptography exchanges could now prepare IOTA listing within weeks instead of months.

However, in the next two days, investors' attention turned to the most pessimistic news about Sirin Labs underway with Ethereum and IOTA lost all its gains from last week and even touched the lowest level in nine months. The last time the IOTA was traded so low was November 24, 2017.

Last week, Moshe Hogeg, CEO of Sirin Labs, told the media that his company was no longer with IOTA , because he had decided to "follow a different path" with Ethereum.

"Finney will process transactions through a series of complete nodes hosted at Sirin Labs," Hogeg revealed.

However, Ethereum is only a temporary solution as Sirin Labs hopes to rely on a third-generation blockchain for his Finney, which is likely to be released in November of this year.

As reported last month, Finney's smartphone will come with a dual screen. The phone can currently be pre-ordered on the Sirin Labs website for $ 999.

Yesterday, Sirin Labs showed a commercial teaser providing some information on the recovery process in Barcelona. The advertising star will feature the star of football Lionel Messi.