Shapeshift CEO on Vitalik Buterin: "Ethereum is better because it's involved". 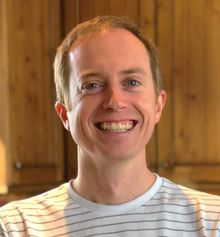 In a brief conversation with Ran Neuner as guest of the CNBC Crypto Trader, ShapeShift CEO Eric Vorhees shared his views on the future of cryptocurrencies and blockchain technologies. According to Vorhees, there are many exciting things in the crypto-verse, beyond the pure speculation that many people tend to focus on:

"Every time I come to these events, I am reminded of the really interesting work that is happening. In normal social media, there is always much fanfareand you can never see what's real, but come to an event and see thousands of talented people working together on really interesting problems, and it reminds you why we are here ".

When Mr. Neuner asked him if he shared the concerns of many people speculating that Ethereum was scalable or not, Vorhees noted that while he remains optimistic about Ethereum, any result will be positive for the evolution of the community:

"Yes, I mean it will happen, or people will move to other blockchains and other cryptos, and that's okay. this is a hyper-competitive industry where people are building the future of financeand there's a lot of incentives in all directions … All engineering overcomes the challenges we face. "

Vorhees and Neuner talked about the future of Ethereum as a global platform since the conversation came soon after a conference by Vitalik Buterin on Ethereum 2.0.

Vorhees commented that "absolutely" believes that Ethereum could become the "main chain". For Shapeshift's CEO, the fact that Ethereum has the largest number of developers could be the main cause for making Ethereum the blockchain par excellence for the creation of dApps in the future.

Ethereum is better because Vitalik Buterin is involved

Vorhees accepts the influence of Vitalik Buterin not only on the Ethereum ecosystem, but on the cryptographic ecosystem in general. However, it is certain that without him, the crypto-verse will continue to evolve even if with some jokes.

"Obviously it's a point of centralization, but if Vitalik was hit by a bus and disappeared, would Ethereum be gone? No, I mean it would be cut in half in the price for

a month or so but Vitalik does not manage Ethereum, he does not control it. It's just a great influence, and he's a brilliant person. So, Ethereum is better because it is involved".

He concluded by underlining his optimistic view that cryptocurrencies will be massively adopted in the future, but stressed that this is a "gradual" process. As with the Internet, the public must adapt and feel comfortable with the use of these new technologies.