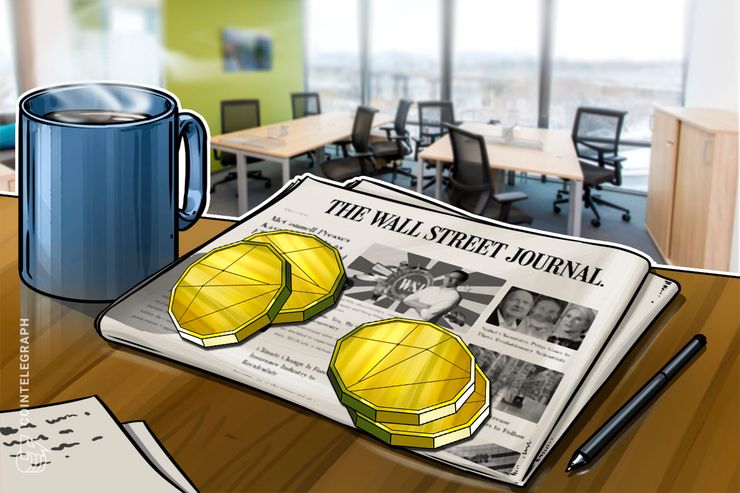 The Wall Street Journal (WSJ) created and then destroyed its cryptocurrency in an attempt to "understand" the industry, the publication revealed in a mini documentary on Wednesday 3 October.

The WSJ Coin, which the journalist Steven Russolillo hoped, would throw light on the emerging crypto economy while providing real use cases for the journalism industry, reaching a total of two units issued.

A collection of around 150 physical WSJ coins was further distributed to the public by a panel discussing the concept at the annual D.Live conference in Hong Kong.

The panel included the managing director of BitPesa, Elizabeth Rossiello, and the former CEO of Ripple, Stefan Thomas, both of whom saw considerable potential in a cryptographic resource based on journalism.

"If you reduce the cost of money transfer around, the whole economy changes …" How can I pay for an online news article? "Change", said Thomas as an example.

Russolillo has collaborated with the Japanese developer Makuto Takemiya to use Hyperledger's Iroha blockchain as a basis for WSJ Coin.

The two have set a supply of 8.4 billion units, to which they arrived by calculating an average supply of the top ten cryptocurrencies by market capitalization.

Two coins arrived at a local bar to pay for two beers.

When Russolillo launched a full issue to investors, however, he was the head of the WSJ's ethics to close the scheme. Neil Lipschitz, editor of ethics and standards, has stated that WSJ Coin has raised what Russolillo says is "ethical questions".

"We are not going to enter the world of cryptocurrencies, we are here to report it and to explain it, just as we report on banks but we do not go out and start a bank," he said, adding:

"We will not create a currency".