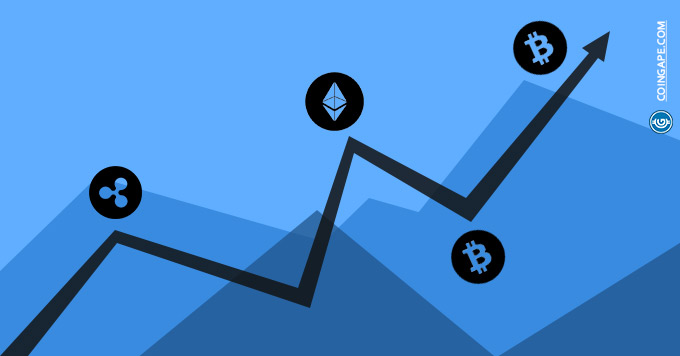 DX Exchange of Estonia, this week announced, it will soon launch the token versions of some of the largest American companies in the European markets. The exchange operates on the Ethereum blockchain with tokens backed by the real equity shares of leading companies in America that will be listed by its partner MPS Marketplace Securities Limited. The first tranche that the exchange intends tokenize are the ten companies listed on the Nasdaq that include Facebook, Tesla and Apple.

Between companies and portfolios, the CoinTrext encrypted portfolio company, based in the United States, initiated the BCH transaction via SMS. Services are launched only in the Philippines. Founder of CoinText, Vin Armani said in an announcement "The ability to send a value via SMS is tailor-made for the Philippines. Remittances are a large part of the economy and the Filipinos are already great users of cryptocurrency, in particular Bitcoin Cash ".

Over 34 Bitcoin ATMs installed in the first week of 2019

Well, the increase in Bitcoin ATM numbers in 2019 is fantastic. According to the data presented by the website, the ATM Coin radar, which measures the growth of ATM Crypto in the world, shows that; as on 6 January 19 the total number of ATMs in the world is 4155 with 34 new Bitcoin ATMs added in the first week of 2019

BitFinex has inactivity time greater than 7 hours on 7 January

Monday 7th January 2019 would have seen a rare kind of record in the cryptocurrency industry as Bitfinex announced the biggest downtime in the history of cryptographic exchanges. The downtime will extend over a period of 7 hours as the exchange is transferring all its operations and the migration of all its data to its private self-host servers from AWS servers.

BitTorrent to launch your own cryptographic token

The Tron acquired BitTorrent, based on San Fransico, this week announced that it plans to launch a cryptocurrency called BitTorrent (BTT). According to the details available, the cryptocurrency will be issued by BitTorrent Foundation located in Singapore and will allow users to exchange tokens to improve the speed of the network. This will allow users to use BTT tokens for faster downloads, as the company aims to accelerate the overall torrent speed.

The Indian parliament in the current session discussed cryptocurrencies. Responding to the questions posed by some parliamentarians, Finance Minister Pon Radhakrishnan informed the lower house of parliament that he is closely observing global developments on cryptocurrencies and is working on a technically feasible solution.

A little more than a month since Ohio state regulators announced that they would accept cryptocurrency taxes, Overstock announced that it would become the first national company to take advantage of the new corporate tax encryption opportunity. # 39; Ohio. The online retailer is ready to pay a portion of his Ohio tax in Bitcoin this next tax season.

Among the important news about Bitcoin, Murad Mahmudov believes that there is a considerable 70% probability that BTC has yet to find a real fund. Based on his hypothesis, he predicts that Bitcoin (BTC) will end between $ 1,800 and $ 2,400 levels.

Among the news surrounding Ethereum this week, Ethereum is receiving great support for the impending Hard Fork of Constantinople, which is now scheduled for the period between January 14 and January 18.

This week, Weiss Ratings made a heavy forecast for XRP by saying that XRP will become the world's number one cryptocurrant.

The Other Movers and Shakers

The other coins that arrived at the top and bottom this week according to Coin Market Cap (accessible January 06 at 3:35 pm IST) were