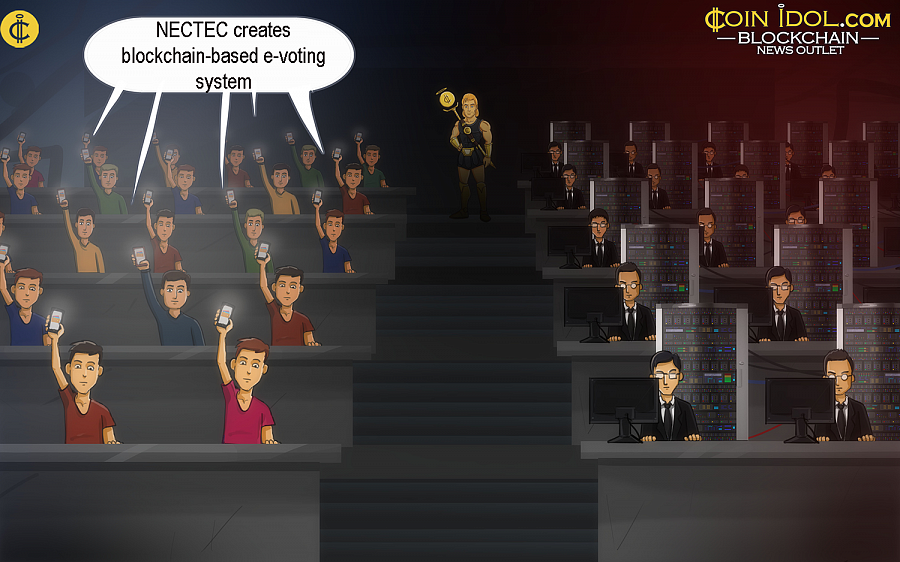 The Thai government agency NECTEC has created a solution based on distributed ledger technology (DLP) to digitize the voting process in Thailand. Technology combines electronic voting in tight groups and traditional balloting. In the event that 5G is adopted, each voter must be connected to the voting platform.

The National Electronics & Computer Technology Center (NECTEC) of Thailand, a section of the Ministry of Science and Technology, has created the DLT-based voting system and is looking for trial partners.

According to a Bangkok Post
relationship, the head of the NECTEC computer security laboratory, Chalee Vorakulpipat, said:

"NECTEC has developed the DLT technology for e-voting that can be applied to national, provincial or community elections, as well as company votes such as the board of directors.The goal is to eliminate fraud and maintain Data integrity ".

It was about technology

Nectec is evaluating the possibility of testing the DLT system on a smaller scale, for example in the elections in communities, in educational institutions and in the provinces, and is trying hard to partner for the test run.

Many nations want to use blockchain to increase efficiency in voting exercises. In November 2018, South Korea said it was ready to test a DLT system in an attempt to improve the reliability and security of electronic voting.

Already in August of last year, the municipal government of Tsukuba – a city in Japan, successfully
tested a DLT-based system that allows residents to cast their votes when selecting local development programs, according to a Japan Times report.

In addition, the state of West Virginia, in the United States, has also taken into consideration
launching a mobile voting app based on DLT in all its 55 counties, so that the military forces deployed abroad could easily cast their votes in last year's mid-term elections.

In December of last year, Thailand was considering creating its national digital identity card based on DLT for the public very soon, according to
relationship of Bangkok Post.

"Digital ID will allow users to have a new feature for mobile banking with which financial institutions are platforms of identity", elaborated Bhume Bhumiratana, a specialist in information security.

Therefore, in Thailand, citizens who have the right to vote will not visit the polling stations, they will only need access to the Internet to vote. However, the system will allow the voter to vote by e-mail "similar to the online survey," according to the report, and will be verified through the use of mobile cameras.