“Massive Commitment”: Roadmap for the launch of the coronavirus vaccine in Canada 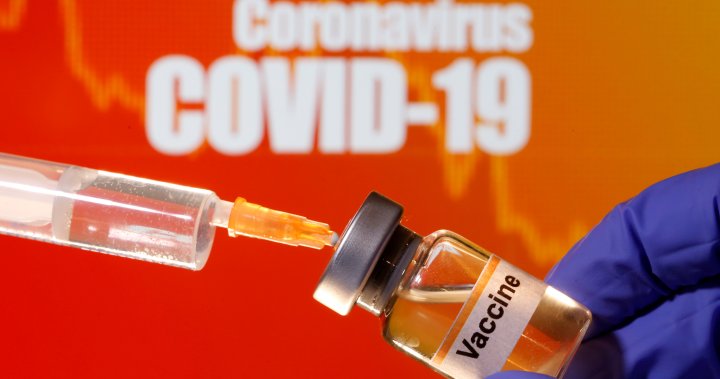 If all goes according to plan, Canadians will start getting vaccinated for the new coronavirus early next year.

And one of the people leading these efforts is a Canadian from Sherbrooke, Que. – Nicolas Chornet, senior vice president of international production at Moderna.

Canada will have vaccine infrastructure around “Christmas”, the first doses in January

He moved to Switzerland in August to set up the US pharmaceutical company’s European office and hasn’t seen his extended family for nearly a year. But they too ask him for constant updates.

“Hey, how fast can we get it? Because we want to see you and we want you to travel and visit us again, “” his family asks him about the vaccine, he says.

Under the agreements signed so far, Canada could have access to up to 414 million doses of COVID-19 vaccines from seven different manufacturers.

Shipping and distribution of the vaccine – once approved – will, however, be a herculean effort that will involve a large workforce, a web of logistical challenges and scientific constraints.

2:29
Coronavirus: Most Canadians concerned about vaccine will arrive too late, Ipsos survey finds

Coronavirus: Most Canadians Concerned About Vaccine Will Come Too Late, Ipsos Survey Finds

Promising candidates from US pharmaceutical companies Pfizer, Moderna and Johnson & Johnson, as well as AstraZeneca from the UK, are currently undergoing an ongoing review process, meaning vaccine data is submitted for regulatory approval to Health Canada as soon as will be available.

“Canada is one of the countries that has moved very, very fast in securing a vaccine with us. It is also one of the first or best countries to receive our supply, ”Chornet said.

Canada does not produce any COVID-19 vaccines because it has limited production capacity, especially for the candidate vaccines that are currently showing the most promising.

This means it will have to import the vaccines, adding another layer to the logistical maze that has also triggered political unrest.

Last week, opposition members criticized Prime Minister Justin Trudeau for his comments that countries like the United States, Germany and the United Kingdom – some of which have national pharmaceutical facilities – will receive vaccines before Canada.

Moderna’s supplies for Canada will come from the Swiss city of Visp – home to around 8,000 people – where the company has installed a secondary manufacturing facility, in addition to its US headquarters, to meet global demand.

“Obviously, our level of production or inventory will be lower than in the United States,” Chornet said, before adding, “In our distribution here (in Europe), we have optimized the supply chain so that we can distribute as much as possible. as fast as possible in all countries. “

The United States will receive approximately 20 million doses from Moderna by the end of the year.

Last week, Trudeau said the majority of Canadians should be vaccinated against the coronavirus by next September. This means around 75 million doses for the entire population of the country if two shots are administered.

Since the start of the pandemic, more than 400,000 people in Canada have been infected and at least 12,400 have died from the virus.

Long-term care homes have borne the brunt of the pandemic, with outbreaks reported in several hundred care homes.

More recently, hospitalizations are increasing in all provinces. Quebec, Alberta and Ontario are among the hardest hit.

A vaccine will come as a relief for weary Canadians from the blockade – 65% of whom say they want to get a vaccine when it is approved by Health Canada and available for free, according to a new survey this week. Meanwhile, an Ipsos survey conducted exclusively for Global News found that 74% of respondents are concerned that the public distribution of a vaccine would be too slow to stop a greater spread of COVID-19.

According to its preliminary recommendations, the National Immunization Advisory Committee (NACI) has identified key populations that should be immunized first, including the elderly and those with underlying health conditions, as well as healthcare professionals.

“This will probably be the most complex vaccine distribution we are attempting in Canada, or even suggest worldwide,” Daniel Chiasson, president and CEO of the Canadian Association for Pharmacy Distribution Management, told Global News.

So how will it work?

Both Pfizer and Moderna vaccines must be stored in cold storage and have specific temperature requirements.

Pfizer’s vaccine should be shipped and stored at -70 C, while Moderna can be stored for up to six months at -20 C.

This requires a certain level of infrastructure that Canada may not have if vaccines are deployed within a short amount of time, Chiasson said.

“The bottleneck for me is likely to be at the warehouse level,” he said.

“Do we actually have enough capacity with the right equipment in terms of refrigeration or frozen capacity to do that? … The infrastructure exists today. Do we have enough? “

1:51
Pfizer-BioNTech coronavirus vaccine: the refrigeration problem nobody talks about

Pfizer-BioNTech coronavirus vaccine: the refrigeration problem nobody talks about – November 10, 2020

In anticipation of a vaccine’s arrival, the federal government ordered 26 ultra-cold freezers needed for Pfizer’s vaccine and another 100 needed for Moderna’s. So far 34 freezers have arrived, according to Public Services and Procurement Canada.

Thermo Fisher Scientific, headquartered in the United States, is among those companies that supply cold storage to Canada.

Two shots. A waiting period. Because the coronavirus vaccine will not be a quick fix

“The criticality of this is enormous, being able to manage the temperature from the point of production through distribution and finally to preparation for injection. It cannot be exaggerated “, Dr. Alex Esman, Thermo Fisher Scientific’s general manager and senior director of cold storage, told Global News.

“Typically, these freezers are used in research today … but now these freezers will only be in slightly different places … like a pharmacy, a doctor’s office, or a clinical study.”

ESBE Scientific, a distribution company in Markham, Ontario, told Global News that it has already provided stock to the federal government and the provinces of Ontario and Alberta.

While the federal government is overseeing the procurement and licensing of vaccines nationwide, provincial health authorities are currently working on their individual plans to decide where vaccines will be distributed and administered and who will receive them in what order.

The Canadian military also said it is preparing to help launch the vaccine in the country more widely.

The Vaccine Advisory Committee recommends launching a new ranking, with long-term care at the top

Retired General Rick Hillier, who led NATO forces in Afghanistan, was recently tasked with leading the vaccine launch for the province of Ontario.

“We are talking to IT professionals, they are talking about building a system that is already underway on the iPad to use at those sites to record where the vaccines are, where they will link it to health cards to make sure we have a record that someone is. been vaccinated, ”Hillier told Global News.

At the city level, immunization teams will then be responsible for making sure vaccines are delivered to identified priority groups and for carrying out vaccinations in the community.

Matthew Pegg, the head of Toronto’s COVID-19 Immunization Task Force, says the launch will be a “massive undertaking” that will require a lot of planning and coordination.

The “biggest hurdle,” he said, is identifying facilities that can store vaccines and serve as a place where people can be vaccinated.

“We need facilities where we can install whatever the refrigeration or freezer requirements are,” Pegg told Global News.

His team is currently looking for facilities that serve as warehouses for all of the planned inventory.

Pfizer’s booster shot will be given three weeks after the first, while Moderna’s will be interspersed four weeks later. In clinical trials of AstraZeneca, the second dose was given one month later.

Coronavirus vaccine launch in Canada: who will get it first?

Dr Michael Finkelstein of Toronto Public Health says it will be important to report and investigate any adverse effects and make sure patients return for that second dose.

“And so it will be very important for us to be able to remind people and make sure they get the message that they need to come back.”

If both Moderna and Pfizer’s vaccines are approved, the first batch of what should be six million doses – enough for three million Canadians – will begin arriving in early January.

But the actual launch work will be far from over.