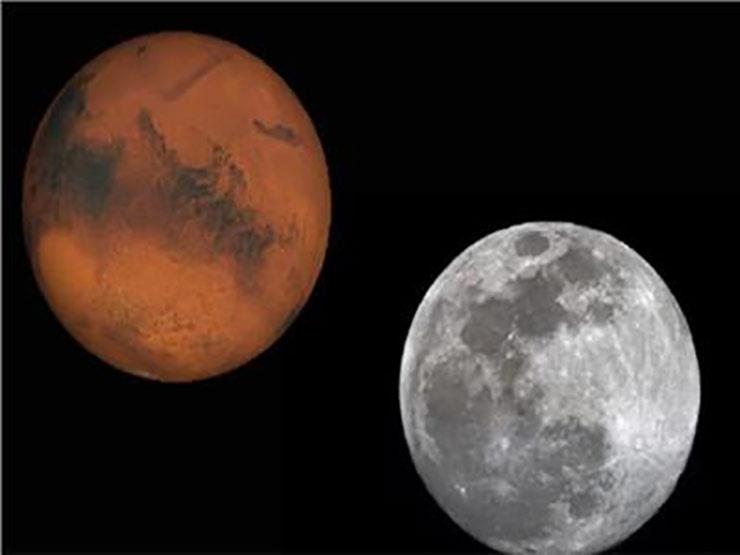 Ashraf Tadros, former professor of astronomy at the National Institute for Astronomical and Geophysical Research, said that tomorrow, Sunday and until next Monday, the sky of the Arab world will witness an astronomical phenomenon represented by the conjunction of the moon and the planet. Mars.

Tadros explained, during his speech to “Masrawy” today, Saturday, that the conjunction will take place exactly at nine in the evening until dawn the next day, and that it will be followed by the occlusion of the planet Mars behind the disc of the moon. it is not seen in Egypt and most Arab countries, and will only be seen in Western countries of the Arab world. Like Morocco and Mauritania.

An astronomy professor at the National Institute for Astronomical and Geophysical Research had previously added that conjunction is the angular approach between an astronomical body and another celestial body, on the surface, when viewed from Earth; Therefore, the angular distance between the moon and Mars on that day is very small, which is what we call conjunction, as the moon is very close to the earth relative to Mars. Then Mars will pass behind the moon and disappear for a while, then reappear on the other side.

And Tadros continued: The conjunction of the Moon and Mars begins from nine in the evening, Cairo time, until before dawn the next day; Getting very close to each other at five in the morning, and when Mars begins to pass behind the moon, the dawn and the appearance of the morning light will prevent us from completing our vision of this phenomenon, so the western countries of the homeland westerners will be able to follow this event.

An astronomical research professor at the National Institute for Astronomical and Geophysical Research pointed out that this is a natural phenomenon that occurs from time to time and has no negative impact on the inhabitants of the earth from near or far.