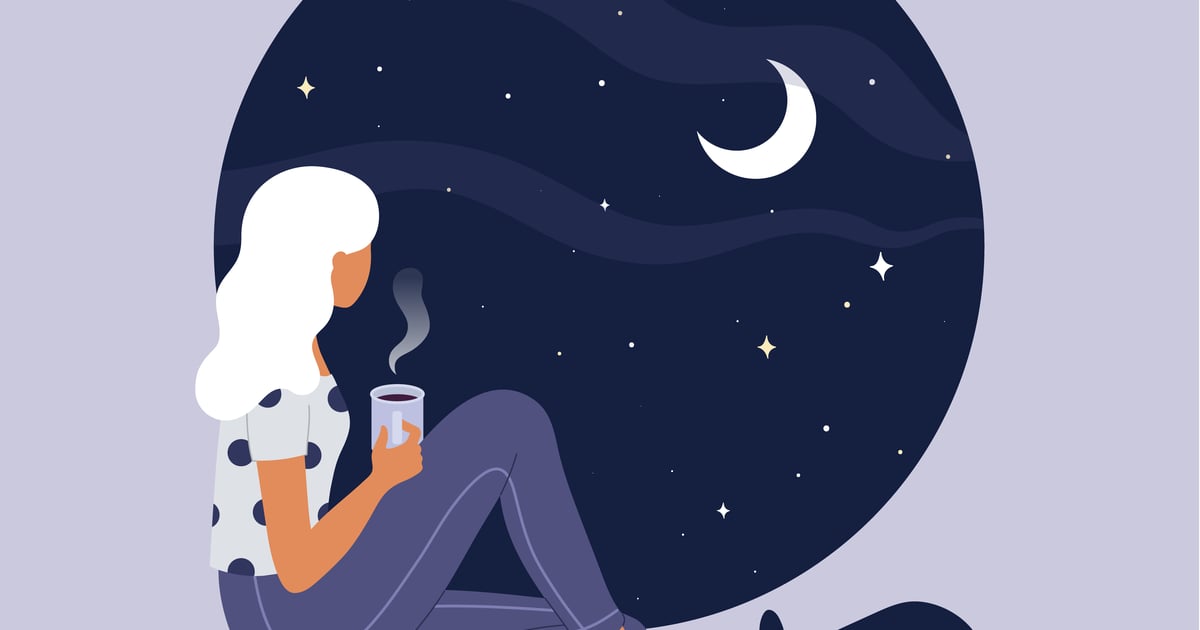 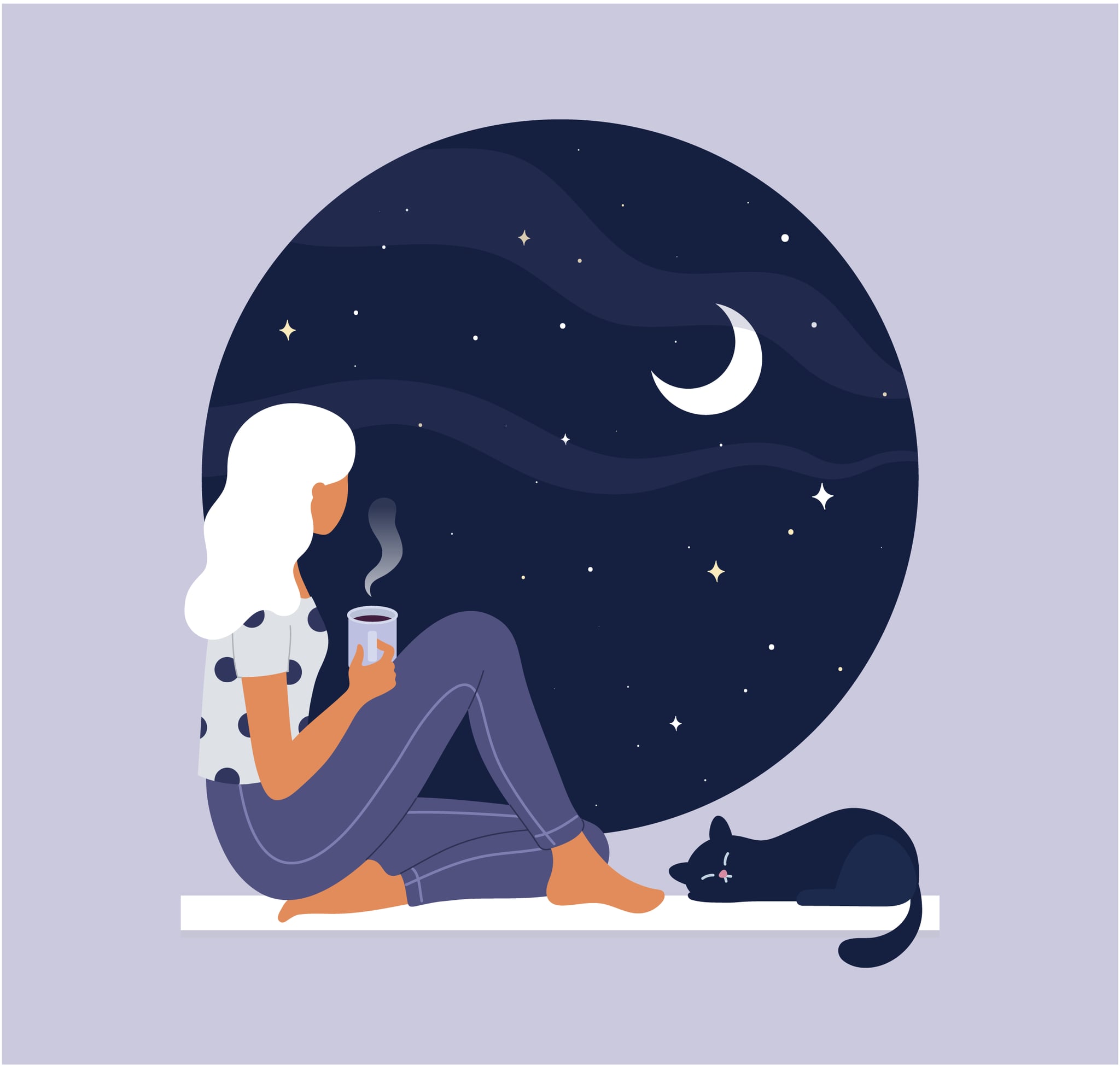 I know, living by the phases of the moon seems quirky and maybe even confusing. But after following a full moon cycle and adjusting my daily life accordingly, I came to see its value. Interest in the spiritual realm is not necessary to reap the benefits, although you may be the judge. If you’re intrigued, read on to find out what you need to know about this practice and my experience of trying it.

I’ve always been interested in things that claim to help people become more aligned. Anything that claims to provide healing, improve mental well-being, or help manifest, I want to try. What I feel will not always resonate with me, but I found it interesting to see the rise in popularity of people turning to things like tarot cards, crystals and meditation, which makes me feel like I can’t be the only one at search for a meaning outside the norm.

Despite my interest in these types of practices, I never paid attention to the moon except to notice how pretty it is in the sky. At a time when nothing seems certain but in the heaviest, dullest way, being open to harnessing the moon’s energies has been a welcome change.

To start, I spoke to Kirsty Gallagher, an expert on lunar cycles: she wrote a bestselling book about it (Lunar life: working with the magic of the lunar cycles) and runs a members-only club called Lunar Living. I saw her speaking live at an event a year ago and found her belief in the power of the moon fascinating. But, generally, I would go home and forget about everything.

Recently, her content started appearing more in my Instagram feed (a sign, perhaps?) And my interest sparked again, so I contacted her. On a personal level, things didn’t feel like they were moving on (which is how I imagine more after the year we had), so I decided to follow Gallagher’s advice in an attempt to “unlock” and invite in new power. 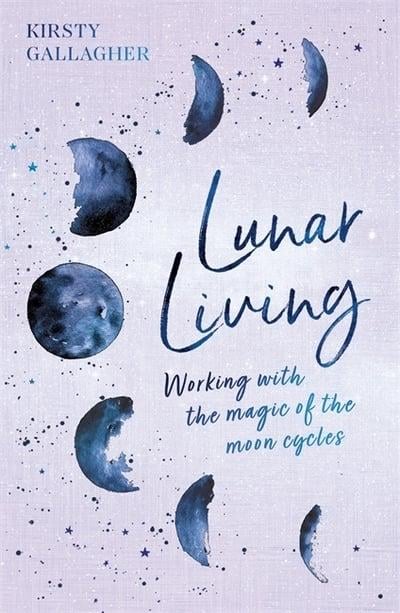 Image source: Lunar life: working with the magic of the lunar cycles

Step 1: Familiarize yourself with the 8 moon phases

Before diving in, Gallagher informed me that each moon phase lasts about three or four days, as the length of the lunar cycle each month is not fixed.

The lunar cycle begins with the waning crescent moon, although Gallagher prefers to call it the dark moon. The moon is so small in the sky that you can barely see it. “This is the most emotional and lowest point of energy in the lunar cycle … we want to be self-centered, quiet and thoughtful,” Gallagher said, adding that it is at this stage that we become aware of what we don’t like about. our lives, which is important for the next stage.

Then comes the new moon, where the sun, the Earth and the moon are in line together. It is the best time to set intentions (probably around the problems that arose during the dark moon). Rather than being a time to act productively, it is about thought productively. Gallagher advised writing these thoughts.

Next is the crescent moon, which is when a small crescent can be seen in the sky. This is the beginning of the “doing” phase. “Just as the moon is starting to show up in the sky, we need to start doing the same,” Gallagher said. It’s time to act on these intentions: send the email, make the call, ask for the help you need, apply for the job, go to the event.

This is followed by the first quarter waxing moon, which sees the moon becoming exactly half full. Gallagher said this is typically his clients’ “favorite phase”, as it’s when things start to combine and get energetic. He advised you to follow your intuition, to say yes to any opportunities that attract you and to “show up in life”. Be aware, as this is a privileged time when doubts creep in as desires may seem distant, but Gallagher said to push beyond fear.

The next phase is the waxing gibbous moon. Here it is difficult to tell if the moon is completely full. Gallagher said it’s typical to have trouble sleeping at this stage. “Get this great rush of energy to help you pursue your dreams,” she said, so if you’re struggling to close your eyes, pay attention to what’s on your mind.

All of this builds up until the full moon, which occurs when the sun, moon, and Earth are aligned again, but now on the opposite side. “It’s a moment of completion, so the first thing we need to do is celebrate what we’ve achieved,” Gallagher explained. He warned that people can become “quick to be emotional” because the energy peak in the lunar cycle has been reached – so that trope about people going “crazy” on a full moon didn’t come out of nowhere. At this point, any problems you are facing will be brought to the surface. “Normally, any anger and frustration people feel during the full moon, if they become truly honest, are directed towards themselves,” Gallagher said, adding that you could look back and see where you have procrastinated and self-sabotaged.

Towards the end, you get the waning gibbous moon, which is a time to reflect on the past lunar month. The moon begins to lose its fullness here. Finally, it is time for the sunset of the last quarter of the moon. Gallagher explained that you should use this as an opportunity to let go of everything you no longer need. It’s a motto that, while often derided by wellness influencers, does matter. 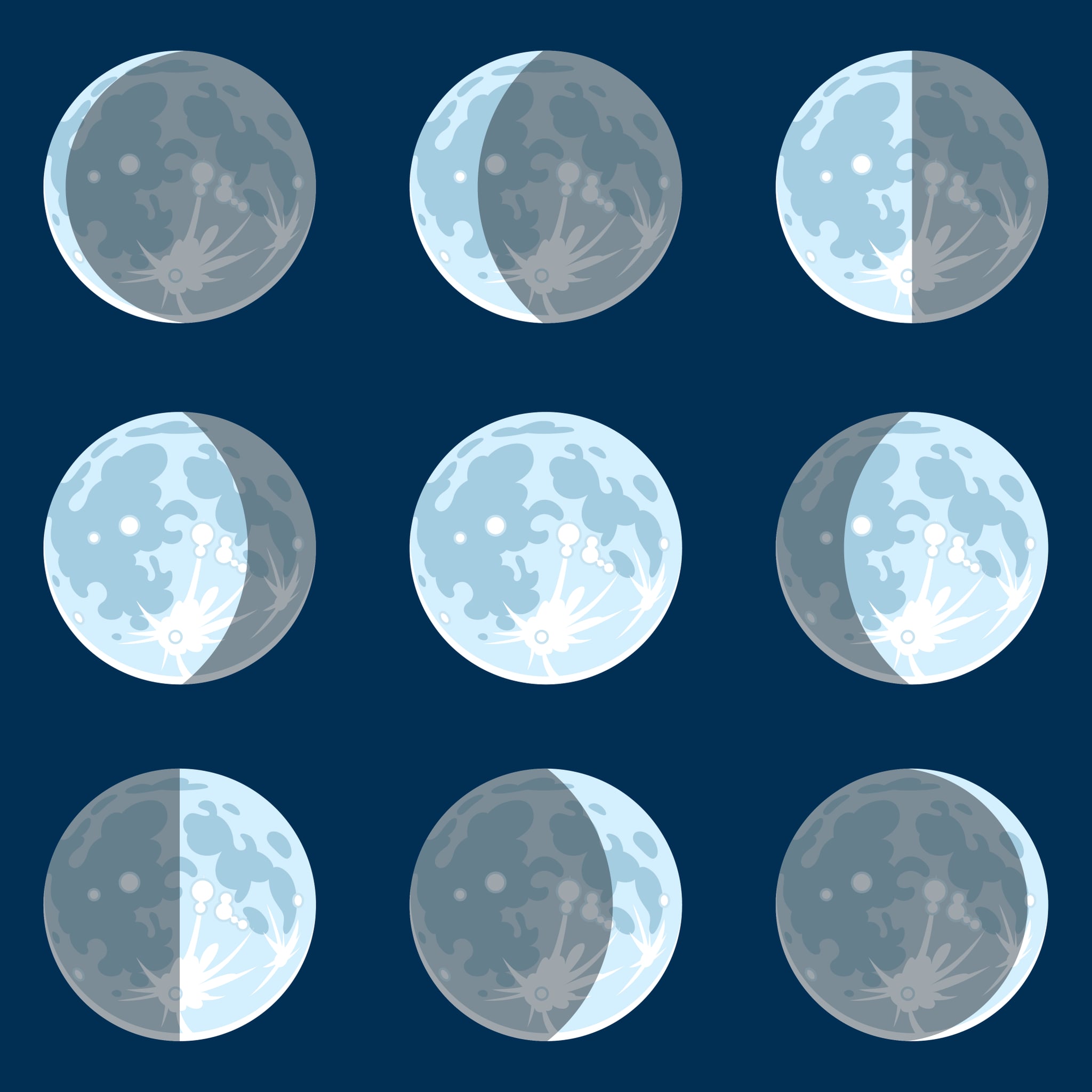 It is worth knowing that the moon changes its zodiac sign every couple of days, but Gallagher doesn’t like to get too bogged down in this detail. He said that for this reason, there are a couple of ways to live by the moon, depending on how intricate you want to be.

“You can complicate it enormously and live with the moon changing signs every two days if you want, but most people just don’t have time for that,” he explained. Being an expert herself, she pays attention to this part of the lunar journey only when she feels out of place and wants further clarification on what is happening in the sky.

Where it is ideal to work with the zodiac signs in relation to the moon is at the points of the new and full moon. The new moon will always be the same zodiac sign the sun is in (so we are in Scorpio season right now), while the full moon will always be in the opposite sign. Gallagher said these signs add “flavor” to the overall energy of the lunar cycle each month.

Step 3: Be open to change

Although open-minded, I know many will be skeptical. “I love skeptics. They’re some of my favorite people, because it’s better to be like that and have the proof in the pudding, so to speak,” Gallagher said. For her there are tangible results in letting herself be guided by the moon.

“We now live in a life where we have a lot of routines and no rituals. We live life in a linear fashion, expecting everything to be the same all day every day, and therefore we have lost the cyclical nature of life,” Gallagher explained. As we move forward in our lives in this way, “we have lost the ability to confront ourselves”. This is where the phases of the moon can help: they inject the cyclical nature of being back in everyday life.

As we approach the end of this strange year, it will soon be time to make New Year’s resolutions. Again, that time has come, even though how many of us really stick to them? Gallagher said we often let them slip, forget them, then wonder where the year went. According to her, it is all too easy “never to give enough attention and direction to dreams because we don’t hold ourselves responsible”. Rather than experiencing the phases of the moon as a spiritual activity, it can simply work to give you an indicator of the passage of time.

“Even if you don’t want to believe that the moon can bring magic – which it does – a check in every new moon or full moon gives you a way to take conscious control of your life by saying, ‘I wanted it, so why don’t I have paid attention? Why do I avoid doing it? ‘”

A monthly check-in can lead to big changes regarding Gallagher. “Even if you don’t want to believe that the moon can bring magic – which it does – a check in every new moon or full moon gives you a way to take conscious control of your life by saying, ‘I wanted it, so why don’t I have Why do I avoid doing this? ‘”By questioning ourselves regularly, Gallagher thinks this can help us see where we’re heading in real time. We often choose to reflect on this once the direction we have taken is firmly set in stone or there is an obvious choice to be made. “It’s a great way to keep moving forward,” he said – and knowingly.

My life experience according to the lunar cycles

While speaking to Gallagher for advice, he said that people who are unable to rest tend to struggle with the quieter energies at the start of the lunar cycle. They must learn to “be” and not always to “do”. On a personal level, this resonated with me as someone who hates nothing more than a quiet weekend. As I reluctantly eased my social schedule and scaled back extra commitments at work, I gradually found myself more comfortable with that introspective, restful energy. I was even drawn to changing my yoga practice to more gentle routines.

Working with the different lunar energies in my lifestyle made it easier to chart the steps I was taking to realize my new moon intentions. The stages became similar to small milestones or checkpoints, encouraging me to move forward. Usually, my perception of how fast time moves affects when the seasons change, rather than with each full moon.

Gallagher told me that “when you become aware of the moon, it helps you deal with things very differently, not just in yourself but with everyone else around you.” With that in mind, I was more attentive to how things are in a constant state of flux and also to accept that reality. Things that changed unexpectedly still had their shock factor, but I was able to recover faster. Getting into this long-term mindset is bound to come in handy, if only to stay grounded. On a practical level, I used Virgo’s new moon energy to decline my living space as one of my intentions was to let go of physical things that no longer served a purpose – a task I had ignored for months. If using moon phases is tempting but seems too complex, focus on setting new moon intentions and releasing around full moon first.

Have I achieved my intentions and released everything I hoped to achieve? No. Did I make conscious choices that honored my intentions? Yes. Regardless of your thoughts on the rise of spiritualism, living with the phases of the moon in mind can serve as a tool to better navigate the ebb and flow of life.