How far does North Korea come with Cryptocurrency? 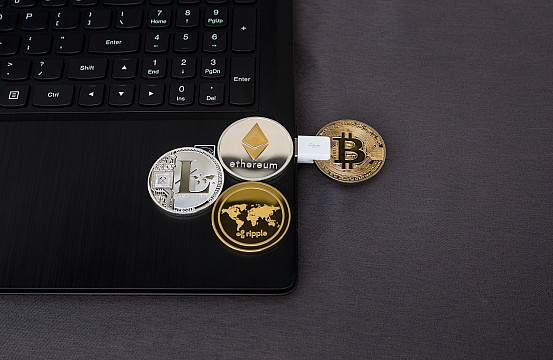 In April, Koryo Tours, a travel agency specializing in tours of North Korea, stated on its website that North Korea introduced a new cryptocurrency and dubbed "Koryo Coin". The company stated that the value of a currency is 8,888 North Korean won (1 US dollar is about 890 won by North Korea), and that tourists would be able to buy goods in North Korea with the currency such as beer and ginseng.

A cryptocurrency in North Korea, however, is more than a topic of a joke. According to a report by the Korea Development Bank (KDB) Research Institute, North Korea is eagerly trying to develop cryptocurrencies and the transactions of these currencies are already underway, although the use is minimal.

Kim Min-gwan, senior researcher at the Institute, states in the report that North Korea is also trying to extract cryptocurrencies. Their characteristics, such as high anonymity, difficulty in raising funds and easy cash flow, provide the background for Pyongyang's interest.

In particular, North Korea is strongly interested in extracting Monetha money. This is due to the fact that mining Monetha does not require high-end IT equipment like other cryptocurrencies usually do, Kim observes. Kim cites North Korea's attempt to extract cryptocurrencies en masse between May and July last year as an example, adding that the attempt was not a success.

There have also been reports suggesting that North Korea is attempting to hack cryptocurrency trade in South Korea.

In June, for example, South Korea's largest cryptocurrency swap, Bithumb , has been violated and about 35 billion South Korean won (31.5 million dollars) have been stolen. At that time, the Seoul newspaper Security News pointed out that a group of North Korean hackers, the Lazarus group, could be behind the cybernetic attack.

The document quoted more cybersecurity experts saying it was clear that hacking was initiated by a file with the file extension "HWP", which is widely used in South Korea. HWP files use Hangul, a program similar to Microsoft Word.

Security News added that Lazarus Group had already attempted to hack South Korean cryptocurrency exchanges at the beginning of the year by distributing HWP files. At that time, the file was sent from many different domains, but all domains were registered with a single phone number.

This was one of many hacking attempts in South Korean cryptocurrency exchanges in which North Korea is believed to have been involved.

Meanwhile, cryptocurrency transactions are already underway in North Korea, albeit on a very small scale, according to Kim at the KDB Research Institute.

Kim quotes an American tourist who visited Pyongyang in January 2014. The tourist claimed at that time to be able to send money via a North Korean wireless network using his Bitcoin.

In addition, according to "Coin-Map", which collects and reveals where Bitcoin is used, there are four restaurants in Pyongyang and one in the city of Wonsan that takes Bitcoin.

However, Kim is skeptical that cryptocurrencies can be used more widely among pubic municipalities across the country.

"There are many obstacles to cryptocurrencies to be developed and more widely used in the North due to the lack of electricity, personal computers and the internet service infrastructure," says Kim.

Adds that it is difficult to expect the development of cryptocurrencies, for which decentralization is important, considering that Internet access in North Korea is limited to a small number of people.

The fact that cryptocurrencies are hardly known by North Korean deserters confirms this.

In an interview with the Institute, many deserters who recently fled North Korea said they had never heard of cryptocurrencies in the North.

Nevertheless, Pyongyang still seems determined to pursue his dream of cryptocurrency – at least based on the latest announcement of a blockchain conference in Pyongyang.

According to a pro-North Korea group, the Korean Friendship Association, North Korea will hold an international conference in Pyongyang to discuss blockchain and cryptocurrency technologies.

"From 27 September to 4 October, Pyongyang will host its first international conference of the Korean Blockchain in collaboration with renowned foundations and experts in this technology", said the association on its website. The website presented Christopher Emms as one of the speakers for the conference while he said that other speakers will be announced "soon".

The program, together with the blockchain conference, is accessible to all citizens except those who hold passports from Israel, Japan and South Korea, notes the website.

Experts believe that such an international event does not held in Pyongyang without the approval of North Korean leader Kim Jong Un.

This indicates that Kim and the North Korean authorities are strongly interested in blockchain and cryptocurrency technologies, and North Korea hopes to learn the latest industry trends and advance its capabilities.