How Blockchain can protect the global economy 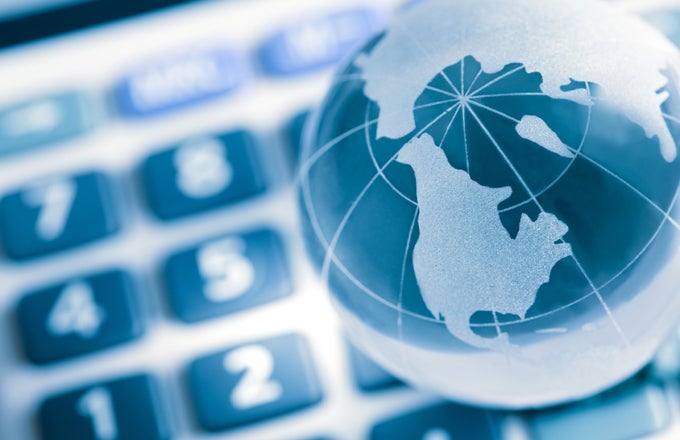 For many investors and analysts, the 2008 financial crisis is a powerful demonstration of what happens when the financial world places too much trust in centralized institutions. While cryptographers and computer scientists had already developed ideas for digital money and some of the mechanisms involved in today's cryptocurrencies, the events of 2008 were in many ways a set of catalysts for the digital currency space as it exists today. Satoshi Nakamoto's famous bitcoin white paper was published in the same year as the financial crisis.

While it is impossible to go back in time, some blockchain supporters believe that if the new technology had existed at the turn of the century, it may have prevented the events of 2008 in the first place. A recent Coin Telegraph report some members of the cryptocurrency community who believe that distributed ledger technology can now help prevent future global financial turbulence.

Fintech journalists Paul Vigna and Michael Casey wrote about trust as a social resource. In fact, Vigna and Casey indicate a breach of trust as a potential primary problem in the collapse of Lehman Brothers a decade ago. The authors believe that although many analysts see the 2008 crisis as the result of short-term liquidity problems, the deeper cause of the subprime mortgage bubble has been more accurately described as the imperturbable confidence of the company in financial institutions, their registration systems and their practices. Because of this confidence, the bankers were not taken while manipulating their records to resell assets with little or no value for many years.

Lehman Brothers posted gains of over $ 4 billion a few months before closing. For Vigna and Casey, this suggests that the financial statements of the company were not based on reality. For these two authors, the problem is reduced to the complexity and the obsolete nature of bank accounts. When things went wrong in Lehman, the company was able to hide its problems by engaging in obscure accounting practices.

Blockchain for Trust and Transparency

Taking the subject of Vigna and Casey, a large part of the events of 2008 could happen due to a serious lack of transparency in the financial situation of the big banks, as well as an unlimited public trust in those banks. Of course, while the 2008 crisis may have challenged the company's confidence in major financial institutions, overall, this sense of confidence remains to a large extent. Furthermore, transparency remains an important problem.

This is the case when blockchain technology can help prevent future crises like the one in 2008, according to the report. If the value and ownership of any property is securely recorded in a shared ledger that is entirely transparent and immutable, corrupt practices that have allowed institutions to conceal their struggles will no longer be possible, according to the report. Blockchain expert Alex Tapscott also argued that blockchain technology can improve the transparency of capital flows, thus helping to prevent future financial disasters.

For blockchain supporters, the idea looks like this: a central bank will no longer go to individual banks in order to review their operations and records. Because there is a shared transaction record, regulators can monitor cash flows while transactions are being performed. For this reason, central banks would always have a realistic picture of liquidity and risk distribution. They would also have an understanding of how individual financial companies behave. This could lead to enormous amounts of uncertainty in the process of assessing the health of the financial system; in turn, regulators knew in advance when things were beginning to become unstable, and could adjust accordingly before a crisis develops.

Blockchain supporters believe that technology can offer many other health benefits to the financial world. These include protection against fraud, identity theft and much more. Technology seems to maintain an exceptional promise. However, it remains to be seen if and how it can be integrated into the overall financial landscape.