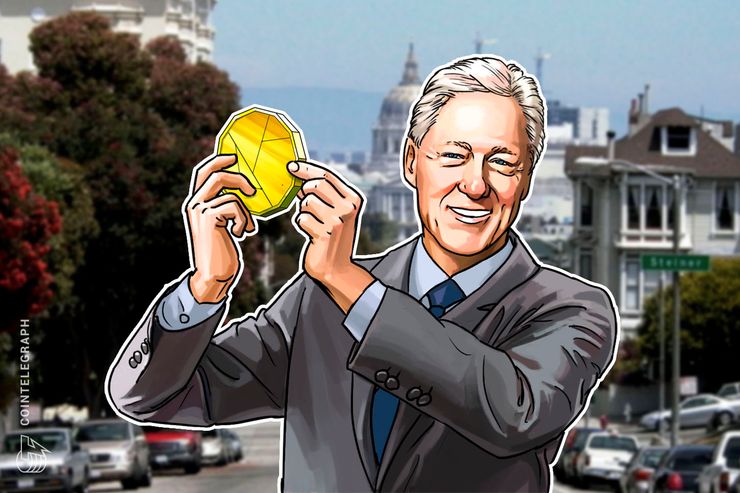 Ripple's technology conference on global payments, Swell, will begin this fall with a keynote address by US President Bill Clinton on July 31, according to Ripple's July 31 blog post.

Former President Clinton and Q & A in San Francisco on October 1 will be moderated by Gene Sperling, director and advisor to the National Economic Council of both Presidents Clinton and Obama.

The blog post notes that former President Clinton helped "usher in a period of extreme growth and adoption of the Internet, shaping what it is today", as well as bringing new technologies to disadvantaged communities globally.

Ripple notes that today's technologies such as digital assets and blockchain present the same challenges as Internet growth in the 1990s, as both phenomena require a political balance between risk prevention and innovation.

Cryptocurrency and politics have come closer and closer to ear, as US regulators have started demanding greater regulation of the cryptographic sector. Companies focused on cryptography are also more interested in politics – recently released documents have revealed that the largest US cryptographic portfolio and portfolio Coinbase has formed its own policy action committee (PAC), allowing potential donations to be collected for campaigns crypto favorable.

In 2016, Bill Clinton would receive his "first" Bitcoin (BTC) in the form of physical money from the cryptic entrepreneur Matt Roszak – who also gave to the celebrity Kim Kardashian a similar physical Bitcoin at the beginning this week in a charity poker tournament.