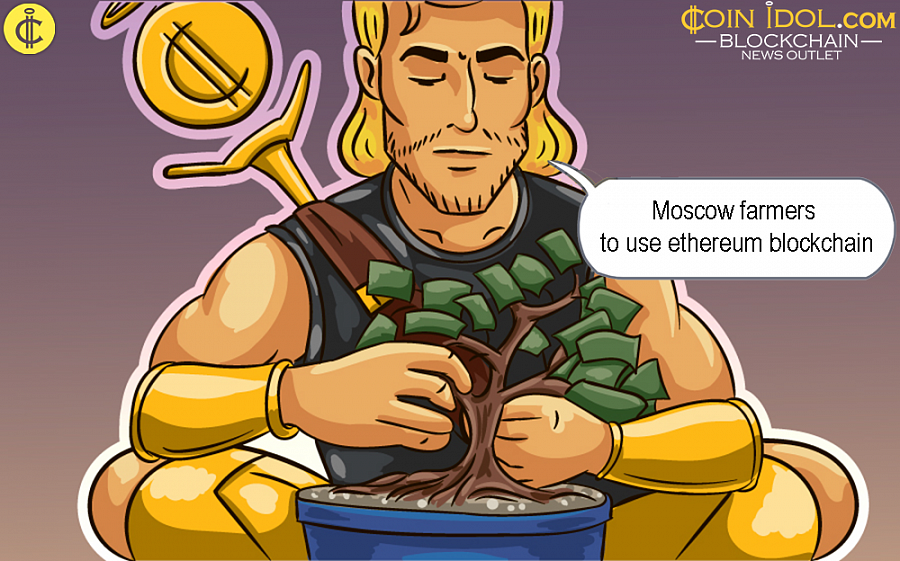 The market season in Moscow is a very important event. It gathers thousands of farmers from Russia, Armenia and other countries, who compete for 15,000 commercial points. Due to various claims by farmers on the system for reviewing applications, the Moscow authorities have decided to implement the Ethereum Blockchain.

"We believe farmers should have a transparent system to understand why their application is rejected or approved, Blockchain is to ensure that the process is completely transparent and no one can change an application for all", commented Andrey Belozerov, advisor for the strategies and innovations of the IOC of the Moscow City Hall.

The farmer's market is usually visited by many people and local authorities provide them with the best products from the best sellers. It means that there are many farmers who want to get an official permit to sell their products, however, the number of stalls is limited. The contenders from Russia, Armenia, Kyrgyzstan, Belarus and Kazakhstan must apply for a booth. When the application is approved, a trader gets his stand.

The current system of reviewing the applications leaves many competitors disappointed and disappointed. They do not actually know how the system works and why they have been allowed or left behind.

To solve the problem, the Moscow government has decided to implement the blockchain ethereum for the distribution of commercial stalls. There are 15,000 shopping points available for the market season which lasts from mid-April to the end of November. However, there are still more candidates for these commercials. The total number exceeds 20,000 cards every year.

According to the local authorities, the fintech system will record all the applications submitted and will update the information on those who have been given access or who have been refused. Ethereum's blockchain is transparent and immutable, which guarantees the impartiality of each sample.

"With the Ethereum blockchain, the entire data set is publicly viewable, transparent and available for download, in which case the sending time can be confirmed and the application can not be deleted or changed once sent, "explained the Moscow government.