Ernst & Young did what Ethereum could not? 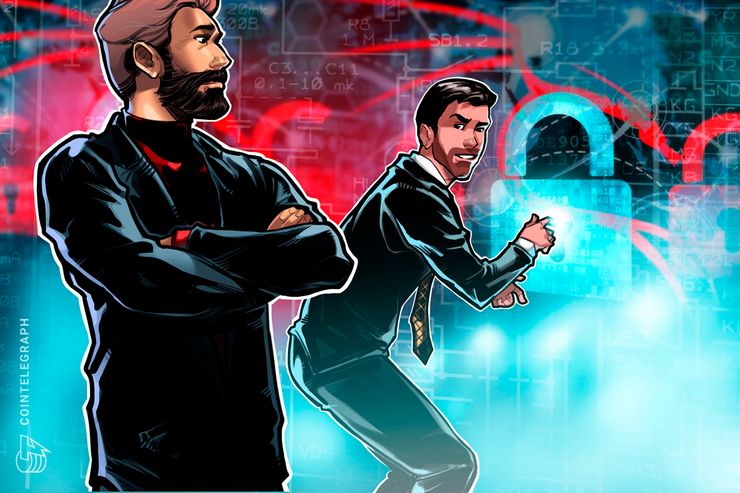 This system aims to overcome three main obstacles to current transactions and asset transfers on a public blockchain:

Although it is still only a prototype version and set for the live production offer in 2019, this technology could prove to be extremely significant.

Considering this in greater detail it is useful first to look at the difference between public and private blockchains and what proofs of zero knowledge are exactly.

The biggest difference between public and private blockchains lies in who is authorized to participate and participate in the network.

Public blockchains are open to everyone and anyone can, in theory, join the network, download the protocol and read and write transactions on its decentralized network. The best known public blockchains are Bitcoin and Ethereum. Transactions are verified by thousands and thousands of independent computers around the world, or nodes, to maintain an ecosystem of consensus without trust. The more decentralized the network is, the more it becomes secure and resilient.

However, this security comes at a cost. Each transaction must be confirmed by each node and to reach consensus, the nodes must perform resource-intensive calculations to solve complicated cryptographic equations, also known as proof-of-work. This reduces transaction times and increases transaction costs, significantly reducing reliability during periods of high network activity.

As a result, scalability has long been recognized as one of the major barriers to the generalized adoption of public blockchains.

Another problem of public blockchain is privacy. Transactions on a public network can not initially be linked to the person behind them but transaction information such as the amount, date, address of the sender and recipient is publicly available to anyone with access to the network. Pseudonymous addresses can be traced and followed until the user passes through a centralized exchange of cryptocurrencies, at which point their true identity is compromised.

The private blockchains, on the other hand, are only open to parties who have been invited to enter the closed network. They are also called authorized blockchains because to become a participant in the network, the user will have to obtain permission from the network through a set of rules or conditions.

A completely private blockchain is where write permissions are usually controlled by an organization, while private blockchains can also take the form of a consortium, where consent is reached through a group of pre-selected nodes.

The private and consortium blockchain networks are suitable for the adoption of companies, especially in the financial sector, because the transactions are private and visible only to the limited amount of participants in the network.

Examples of private and consortium blockchain networks include Hyperledger, private blockchain infrastructure and R3, a blockchain consortium of global banking and financial institutions based on the Corda product, distributed general ledger technology.

Again, this privacy of private blockchain comes at a cost. The network is less decentralized and therefore less secure and less resilient to attacks.

Zero knowledge evidence was defined in an article published in 1988 by researchers from MIT and the University of Toronto as "Those tests that do not provide any additional knowledge besides the correctness of the proposition in the questions".

In cryptography and the blockchain world, ZKP is known as a method that allows one party to demonstrate to another that an affirmation is true without giving up further information. There are three aspects for ZKP:

ZKPs allow more privacy on public blockchains by allowing nodes or network participants to verify the existence and validity of transactions, and thus to maintain the consensus distributed, without actually being able to see or make public the details of the transaction, ensuring privacy.

This is why the PE EY Ops Chain prototype is so significant. Public blockchains typically offer greater security and liquidity through greater decentralization, while private blockchains offer complete protection of customer information.

The EY solution, through the use of ZKP, allows the company to exploit the security and resilience of a public blockchain, such as Ethereum, keeping the consent algorithm intact, maintaining complete privacy on the information of transaction and thus exploiting the advantages of both worlds.

According to Paul Brody, EY Global Innovation Leader, Blockchain, this is exactly the desired result.

"The PE chain of EY Ops is a first application and an important step forward that allows for the adoption of blockchain: private blockchains offer companies the privacy of transactions, but at the expense of reduced security and resilience. on the same network of their competition in complete privacy and without renouncing the security of the public Ethereum blockchain ".

Furthermore, it could fuel the growth of blockchain adoption by companies "By greatly reducing the costly and costly process of setting up private networks and onboarding business partners one at a time."

James Wester, director of research for Blockchain strategies all over the world International Data Corporation (IDC), a global provider of market intelligence and advisory services, agrees that the application of public blockchain ZKP will encourage business growth and adoption.

Ethereum has long sought to use a version of the ZKP protocol, called the ZCash Zero-Knowledge Succinque (ZK-SNARK) pioneer, as part of the Byzantine update which, in turn, is part of the Forcella difficult to Metropolis.

Vitalik Buterin, co-founder of Ethereum, also recently stated in an ETH research post that the network could potentially scale up to 500 transactions per second using ZK-SNARK for mass validation transactions.

However, he admitted that the ZK-SNARK transactions on the Ethereum blockchain would be very expensive and intensive from a computational point of view, perhaps insinuating that it is not yet ready for big business adoption.

"FWIW [For what it is worth] I agree that all this is expensive in terms of prover time, although I expect the relays will be GPU farms so it's less of a problem than it is, for example, in Zcash where regular nodes have to be in able to do tests in a few seconds. "

Another problem of the ZK-SNARK transactions on the Ethereum blockchain, according to a white paper published by members of the Blockchain team of the multinational Dutch bank, ING, which has also launched a tool with zero knowledge, is that it is considerably less efficient.

"ZK-SNARKS are generic, they can test any function that is particularly relevant to Ethereum, which provides the complete EVM of Turing, allowing developers to build any kind of logic." Generic ZKPs like ZK-SNARKs, however, have a price. significantly less efficient than specific tests with zero knowledge. "

Detailed technical information is not yet available on the EY Ops Chain PE system, but the press release specifies that the technology will allow companies to securely and securely create and sell tokens of products and services on a public blockchain with private access to their own records. transactions without breaking the Algorithm of consent, or the consent algorithm of Ethereum's work remains intact.

Were E & Y able to do what Ethereum could not, that is, provide a scalable and cost-effective solution to private transactions and asset transfers on a secure and resilient public blockchain? The positive comments by E & Y in their press release regarding the enabling of growth in the public adoption of blockchain by companies would suggest that they did so.

Some questions remain: if the EKY ZKP solution is more specific to overcome the barriers of the more general Ethereum proposal to use ZK-SNARKS for private transactions and, if so, how would it be different from the ZK- protocol? SNARK.