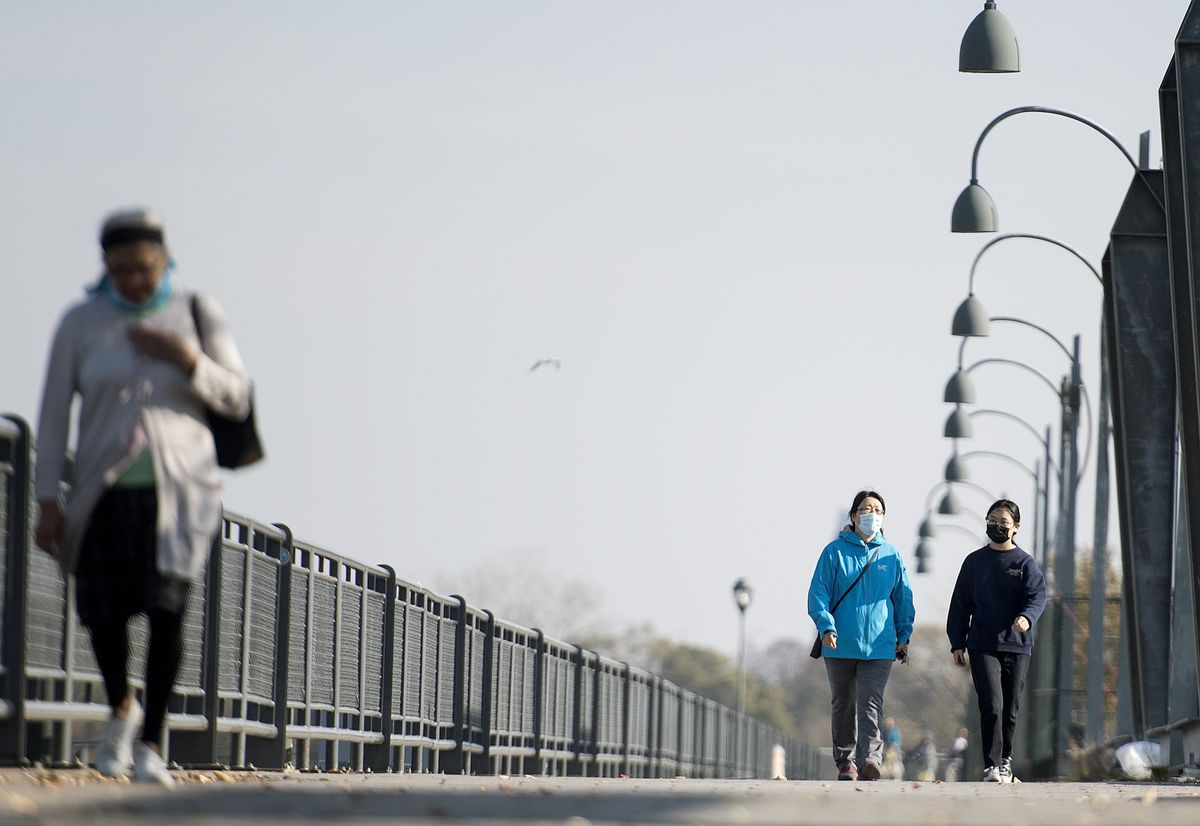 The resurgence of COVID-19 on Sunday continued to break records of daily infections in Quebec and Ontario, as devastating outbreaks in two Winnipeg long-term care homes sparked an official investigation by the provincial government.

Quebec reported 1,397 new cases, up slightly from the previous record set about a month ago, while Ontario reported 1,328 cases daily, nearly 200 up from Saturday’s record.

This included Manitoba, which reported 441 new cases of COVID-19 and three new deaths, all women in the Winnipeg Health Region.

Earlier in the day, Health Minister Cameron Friesen said the province will launch an independent investigation into how an increase in cases and deaths at Parkview Place and Maples Personal Care Home, both owned by Revera, have been handled.

At the Maples home, seven deaths in two days have been linked to COVID-19.

The province reported 567 new cases on Saturday, most of them in the coastal health regions of Fraser and Vancouver.

This was followed by stringent new measures that banned socialization outside of families and strongly discouraged travel outside the two regions for the next two weeks.

Indoor group physical activities such as yoga and spin classes were also suspended, while local health officials said they would shut down businesses that didn’t have COVID-19 safety plans in place.

Canada’s chief public health officer said Sunday an average of more than 60,938 people were tested daily for the past week, with 4.7 percent positive results.

Community spread was of particular concern in Nova Scotia, where Premier Stephen McNeil released a statement expressing concern over the growing number of potential exposures in and around Halifax.

Earlier on Sunday, public health officials said anyone in a Halifax martini bar on Monday night should get tested for COVID-19. Similar warnings have been issued in recent days for sports facilities and for the city transit system.

Nova Scotia has had 20 active COVID-19 cases as of Sunday.

Our Morning Update and Evening Update newsletters are written by Globe editors, providing a brief summary of the day’s biggest headlines. Sign up today.