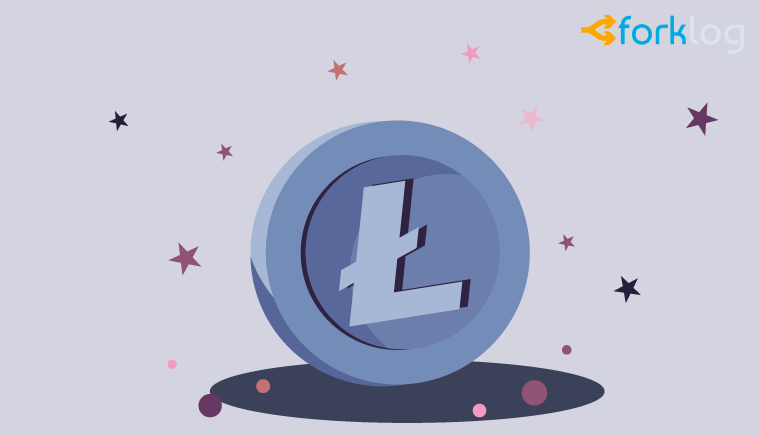 The founder of the encrypted currency Litecoin, Charlie Lee, said that recently traders and foundations, as well as some interested groups, have "consented" to putting pressure on coins.

1 / Recently, there has been a concerted effort to suppress the price of Litecoin people / funds that are yielding LTC and groups considering Litecoin a threat. I will explain this FUD and show why Litecoin has enormous value.

"People and funds that open short positions against the LTC, and Moreover, the groups that regarded Litecoin as a threat, have accepted the pressure on the I will try to downsize all this FUD and show why Litecoin is of great value "," Lee wrote.

The allegations that Litecoin has lost all the advantages in the Altcoy environment, to his opinion, are completely unfounded, as the "digital silver" network is one of the most protected and is supported by ASIC miners with a total value of $ 150 million.

2 / FUD: Litecoin has lost its advantage and can not be differentiated from hundreds of other altcoins.

L and is convinced that it is not profitable for miners to carry out attacks on the network itself, as this will lead to the devaluation of their equipment. He also added that Litecoin is one of the most liquid altcoins, and there is a list of almost all the bags. Soon, the coin's support will be added by the Gemini brothers Winklewos platform.

3 / Miners have no incentive to attack the network because they will destroy the value of their ASIC hardware.

Litecoin has a lot of liquidity, which is important for people entering / exiting LTC. It is about almost every fiat and crypto exchange (early Gemini), even more than ETH

4 / Litecoin is supported by more than 9 payment processors: Aliant Payment, BTCPay, Coinbase, CoinGate, CoinPayments, Globee, GoCoin LTCPay and TravelbyBit. This makes it extremely easy for merchants to accept LTC. There are too many LTC merchants to count! #PayWithLitecoin

Every day the network processes transactions for a total amount of about $ 200 million. In addition, Litecoin works without problems for seven years.

5 / Litecoin processes transactions worth $ 200 million each day. And the network worked perfectly for 7 years!

Some members of the community believe that Litecoin has lost its value, since the main bitcoin network was the exit of Lightning Network.

6 / FUD: Litecoin is no longer necessary Now that Bitcoin can scale with LN.

TRUTH: Many of the LN clients and apps also support LTC because they see the value of Litecoin. With atomic swaps, LTC interacts with BTC on the Lightning network.

He highlighted the "unlimited" capabilities of atomic exchanges and submarine swap payments technology between the main networks of BTC / LTC and Lightning Network .

7 / Litecoin will always be the cheapest and fastest on the ramp towards Lightning Network. And with solutions like submarine swaps, you can use on the LTC chain to pay a flash BTC bill!

We will also have decentralized exchanges using atomic exchanges. The possibilities are endless. ⚡

Lee noted the critical role of Litecoin in testing the Secret Witness protocol in game theory. The bitcoin test network was not suitable for this purpose, since its native coins had no value and the attackers had no incentive to attack it.

9 / Litecoin helped Bitcoin activate SegWit last year by demonstrating SegWit's game theory in practice. Bitcoin's Testnet3 can not do that because the testnet3 coins have no value, so there's no incentive for hackers to hack it. Litecoin helps Bitcoin. This is extremely valuable.

Ensures the community that devotes all its time to the development of Litecoin and the mass acceptance of money.

TRUTH: I am working full time in Litecoin and focused on the adoption of Litecoin. Demonstration: the fact that I spent time writing these 11 tweets! 😀

Recall, Lee stated that he does not intend to buy LTC coins again to avoid conflicts of interest.

Previously, he advised all members of the community to buy at least one bitcoin and then deal with altcoyins.

Did you find a mistake in the text? Select it and press CTRL + ENTER