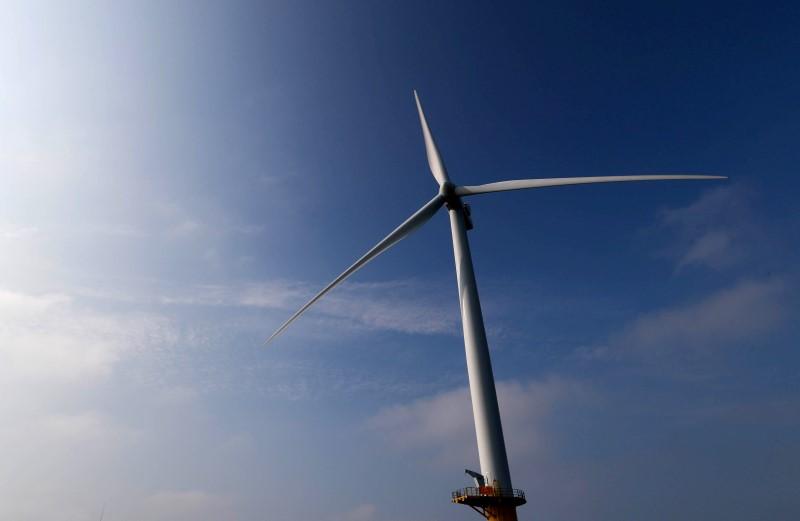 RABAT (Reuters) – The company Blockchain Soluna plans to build a 900-megawatt wind farm to power a computer center in Dakhla in Western Sahara administered by Morocco, said its CEO John Belizaire in an interview .

A turbine of a windmill generating energy is seen in the offshore wind farm Eneco Luchterduinen near Amsterdam, the Netherlands, 26 September 2017. REUTERS / Yves Herman

Work on the initial stage of the grid starts in 2019 and they finish a year later, with the possibility of connecting the site to the national network, Belizaire told Reuters.

Soluna told the Moroccan government that it was expected to complete the site in five years at a cost of 1.4-2.5 billion dollars. He would have invested $ 100 million at an early stage, from which he hoped to generate 36 megawatts.

Bitcoin is earned – or "extracted" – using your computer to process non-blockable "blockchain" or digital transaction records that support currency.

This requires enormous computing capacity and lots of electricity, and is mostly done with huge machines in aircraft hangar warehouses in the coldest climes of Iceland, Canada, northern China and Russia, where it costs less to disperse the heat generated.

Digiconomo, a cryptocurrency analysis platform, estimated in June that bitcoin extraction used about 71 terawatt hours (TWh) per year, equivalent to about 10% of annual energy consumption in China .

Soluna is supported by the Brookstone private equity group and will most likely seek private equity and large institutional investors, Belizaire said.

The project will cover 37,000 acres in one of the windiest regions in the world, allowing the company to possess sustainable energy resources along with a blockchain computing structure on an industrial scale.

Belizaire said the company will not carry out cryptocurrency transactions in Morocco, where the financial authorities have warned against the use of cryptocurrencies.

The computer center will provide the calculation to blockchain networks that offer computing capabilities to foreign entities in exchange for foreign currency, he said.

Morocco has annexed Western Sahara, a former Spanish colony, in 1975, and since then the territory has been the subject of a controversy between it and the Polisario Front, an independentist movement supported by neighboring Algeria.

Morocco has attracted investments in solar and wind energy as part of a goal to generate 52 percent of its electricity from renewable energy.