Blockchain is the future of food security? 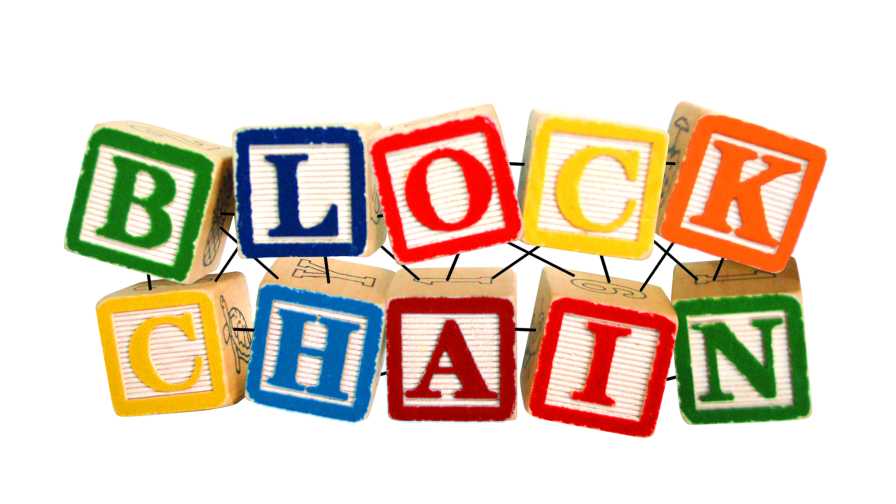 When we talk about the future food safety protocol, blockchain could be a turning point for the product industry.

When the Internet Protocol Suite (TCP / IP) was standardized in 1982, allowing the proliferation of interconnected networks worldwide and at the end of the Internet, very few would have ever dreamed of the information era. digital that would have triggered. Some argue that the blockchain has the potential to be the next digital disruptor – a technological breakthrough that could change the food security sector.

Online accounting books, also known as blockchains, were developed at the beginning of the 1990s, but remained relatively dark until 2009 when Satoshi Nakamoto used it to create Bitcoin digital cryptocurrency.

The idea of ​​an unregulated currency not tied to any government institution is ripe for fraud and tampering, so Nakamoto used the blockchain to protect against hacking and false currency manipulation.

Testing of the giants of the food industry already
With the recent wave of epidemics and recalls of food diseases, all eyes are back on food security, and some believe that the blockchain can provide traceability solutions real.

Indeed, some of the biggest players in the food industry have come together to test the use of blockchain for traceability. Walmart and Nestlé, along with eight other companies, have launched the Food Trust in what they imagine as a way to redo the way food is traced around the world.

In a widely shared quote, Frank Yiannas, Vice President of Food Safety for Walmart, said that blockchain is "the equivalent of FedEx monitoring for food". He is running the Food Trust project for the global retailer, working closely with IBM, which has developed the blockchain platform, the 10 food companies are testing.

During an IBM Internet of Things conference, Yiannas explained why Walmart and other companies are so interested in the blockchain. 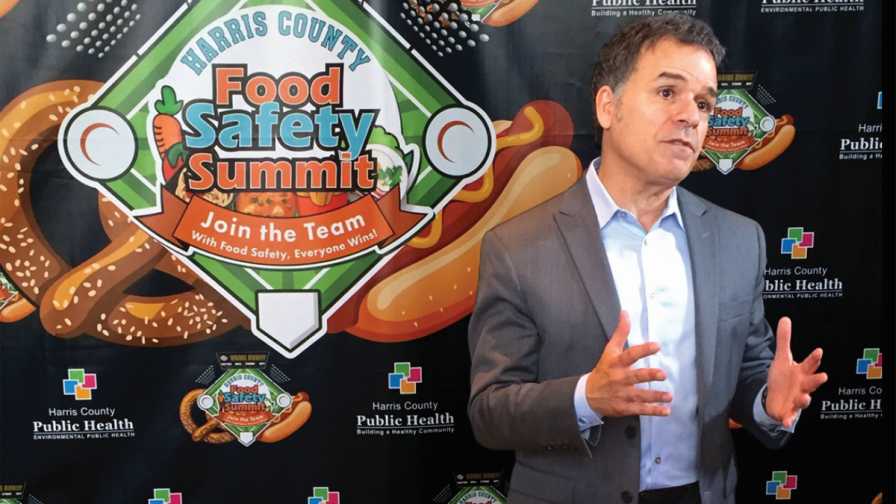 Frank Yiannas, Vice President of Food Safety for Walmart, has taken the road preaching the potential of the blockchain to create a fully transparent digitized food system of the 21st century.

In a world in which the food industry (including special crops) is already plagued by food-borne outbreaks, the picture is becoming much more complicated. And, while he said that today's modern food system offers the world many benefits and choices, its Achilles heel was traceability and transparency. This is where blockchain comes into play.

One of Yianna's examples of how blockchain can accelerate traceability are the freshly cut mangoes sold in Walmart stores. Those mangoes are mostly grown from small farms in Central and South America and transported by land, air and sea to America and then cut, packaged and distributed to stores across the country.

"When you collect a mango package, do you think about this complicated journey?" Churches. "More importantly, if you asked me where those mangoes came from, or if I asked the health officials where they came from if there was a health scare, how long will it take [to find that answer]?"

Yiannas said tracing a mango package from the store shelf to the farm can take days, if not weeks, using traditional systems. With blockchain, that process could be reduced to minutes, if not seconds.

What impact could almost instant traceability have on growers and the food industry as a whole? The current mandatory standard of companies that register a step back (from whom they purchased) and a step forward (who sold it to) can become complicated when products follow more paths after they left the camp.

Yiannas pointed to 2006 E. coli contamination in spinach as an example of how an outbreak can quickly destroy a market. According to the CDC, there were 199 documented cases of disease, 31 cases of haemolytic-uremic syndrome (severe renal failure) and three deaths in 26 states.

"For every documented case, someone had to be sick enough to be tested and confirmed," Yiannas said. "There have been estimated at over 4,000 cases in that outbreak".

In September 2006, the FDA told Americans not to eat spinach because of the ongoing epidemic. All spinach has been mined nationwide.

"Do you know how long it took for the FDA to go back to the source?" Churches Yiannas. "It took two weeks, so no spinach was served for two weeks, and when all was said, they found out that it was a supplier, a farm, a lot and a day of production. killed and all the livelihoods of farmers [hurt] because they were not able to go up efficiently.That's a great Achilles heel. "

Yiannas said it is here that blockchain could make a difference and reduce the need for blanket calls that could kill an industry. Walmart and IBM are working on two pilot projects: one in the United States and one in China. He called it a fully transparent digitized food system of the 21st century.

"We have pursued the Holy Grail of traceability and transparency for 20 years, but with blockchain and smart devices in the hands of every farmer, today it can be done," he said.

Capture is capturing data
While the blockchain has many industries inflamed about its disruptive potential, it remains the challenge of the human element and how well and accurately data are collected and put on a blockchain.

In addition, while the blockchain may be able to quickly identify a product to its origin, the ability to quickly track the source of contamination remains in question. The type of data collected in the chain could help to indicate a potential source, but not to select it specifically.

This is why the food industry has created a critical tracking event framework (CTE) to facilitate traceability. It is assumed that each operator knows his operation better and provides information on how to collect traceable data. Just as hazard analysis and critical control points form a food safety framework, CTE is a framework for traceability.

Bruce Welt, an agricultural engineering professor with UF / IFAS, has studied the implications of blockchain in the food industry.

"I am very excited about the blockchain," says Welt. "I think it will bring a lot to the table, but it is not a silver bullet, Blockchain is basically another way to store and share distributed data, which we have had for a long time."

The fact that the blockchain is cloud-based is what has impressed people. In a traceback event, it is not necessary to wait for an individual in the chain to extract some documents or access them on their computer tracking system. It's on the cloud and easily accessible to anyone with access to the chain.

"Blockchain represents a possible implementation approach for archiving CTE data," says Welt. "Blockchain is not necessarily an approach, but because it is cloud-based, it can be a convenient way for operators to" move forward "rather than develop independent approaches for storing data in a globally recoverable manner."

Then there is the fact that growers already challenge the various third-party food safety checks required by their buyers. And the search for maximum blockchain transparency could be another force and a disruptive expense to be faced on the farm.

So, is blockchain the future of food security? It remains to be seen, with a lot of work to do. But for sure, if you grow and sell to major retailers and food companies, you will hear more about the blockchain in the months and years to come. 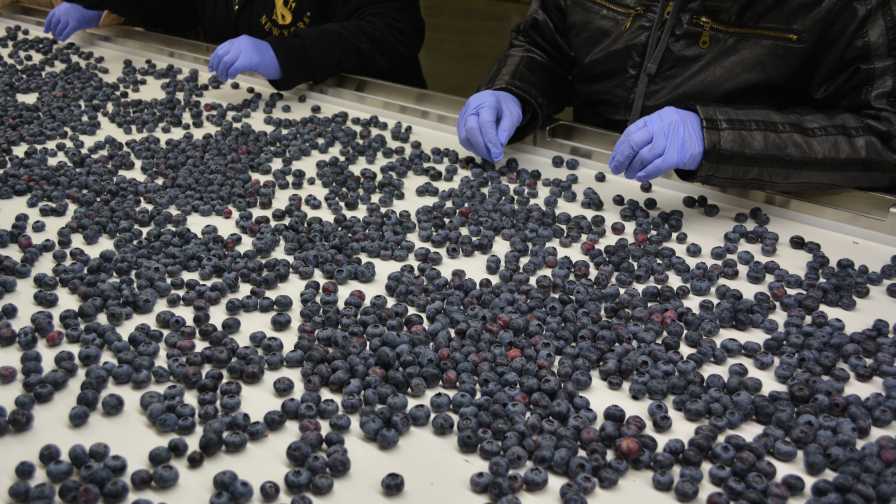 Breaking Down Blockchain
The easiest way to think about the blockchain is a old, outdated accounting register. It is also called an online ledger, which means that all transactions recorded on an online live blockchain on cloud-based servers.

Each block in the chain contains data for certain transactions. For example, if it were used in food traceability, a block from the farm could include the variety of crops planted, a history of input applied to the crop, date and time of harvest, crop crew, temperature and weather conditions during the harvest, how quickly the crop has been moved into pre-cooling and much more.

So a new block could be created at the packing house. It could include data on storage temperatures, the last time the packaging line was disinfected, the results of the latest water tests, etc. A new block could be added to transport the product and along the line until it reaches the shelf. Everything accumulates to create what could be a highly detailed, highly protected and transparent record that, in theory, can be traced very quickly.

The information in each block is protected by cryptography and hash keys. When a new block is created, it must have the hash key of the previous block. No matter how big the blockchain is, each block can follow the hash keys on the original block of the chain. If someone attempts to tamper with a block in the chain, it will change the hash key, immediately raising a red flag and making other blocks in the chain become invalid. In simple terms, this makes hacking a very difficult blockchain due to the open and transparent nature of its structure.

There is another level of protection and transparency provided with blockchain. Blocks live on peer-to-peer networks, rather than managed by a central entity as a logistics manager. When someone joins a blockchain, he receives the entire copy of the chain. When someone creates a new block, the entire network receives a copy and can easily check if the hash keys match.

Giles is publisher of Florida Grower, a publication by Meister Media Worldwide. See all the stories of the author here.