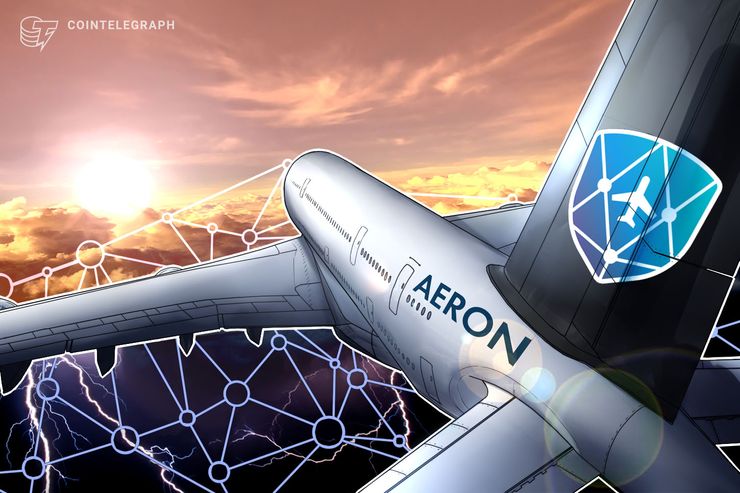 A nascent blockchain-based company that aims to improve flight safety is preparing to launch an updated version of its pilot app – a software that is designed to replace old logbooks used by aviation enthusiasts and professionals.

Aeron estimates that 57 percent of air crashes can be attributed to human factors – and the poor record keeping is often to blame. The company says it is possible for pilots to manipulate records and exaggerate their experience, while airlines could underestimate flight hours to save on maintenance costs.

Aeron worked to implement the blockchain in existing aviation security protocols to prevent vital data from being lost, distorted or falsified. Over time, it is hoped that this will help to substantially reduce the number of fatal accidents in the skies of the world.

In March, Aeron launched the first version of its mobile app for riders on Apple's App Store and Google Play, allowing them to record flight times on blockchain rather than on paper and gain full confidence from potential employers and aviation authorities . This month, new features are added so that pilots can create and present flight plans, specifying the intended route and other flight details, providing practicality to pilots of small aircraft and flight school students. In a blog post, Aeron said that this update was in response to community suggestions, adding: "In addition, statistical summaries will be introduced that will provide more information on the pilot's experience."

The company also revealed that it had "an intense interaction with the aviation authorities in various jurisdictions, mainly in the European Union". It is hoped that a specialized portal in which a pilot can present online registers, with authorized officials who view and process documents, be launched in the spring of 2019.

Negotiations and agreements with authorities are expected to be forged in 2019, as Aeron pursues business development in Europe, the Middle East and Africa.

The Aeron token, ARN, took off on November 1, 2017 and since then the company has said its currency has flown high. On the anniversary of its launch, the company revealed that ARN had achieved a monthly volume ranking of 39, based on CoinMarketCap statistics.

This, in part, is due to its usefulness as a payment method in the Pilot Shop powered by Aeron, where customers can buy branded accessories and supplies for aviation. Fresh goods are expected to be added to the platform by the end of the year – and other payment methods in the online store include Bitcoin, Binance Coin, Ethereum, Litecoin and Bitcoin Cash.

Aerotrips.com, which is the name of its affiliate website, is also a market for private flight experiences, with Aeron describing the platform as "an online portal and aviation aggregator that pays special attention to flights private individuals and individual drivers ".

The company is further expanding its field of action and aims to offer benefits "to anyone flying, including commercial airline passengers". Aeron has introduced a new platform called CryptoBonusMiles (CBM), which will allow frequent flyers to collect bonus miles in a single wallet unit and receive crypto rewards each time they board an airplane, in addition to the benefits they receive from conventional loyalty programs offered by major airlines.

In anticipation of the release of an alpha version of the CryptoBonusMiles platform, Aeron announced a CBM airdrop for current Aeron token holders (ARN).