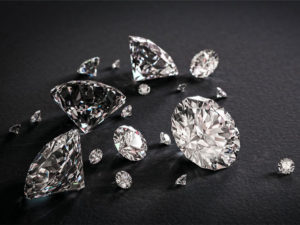 Bitcoin Diamond, a "small" Bitcoin fork (BTC) has reached an incredible milestone, becoming the only currency among the top 100 in the global market to produce a bullish series in the last 24 hours (with exception of stablecoin) TUSD and USDT).

This situation would not be so surprising if it were not for the fact that the profit rate of the crypt exceeded 200% in a period of less than 24 hours before suffering a decline that led the currency to have an average increase of "just" just over 100%.

Such an increase in price comes after the news that Binance, the world's largest trading exchange by volume, has decided to open deposits and withdrawals of the token within its platform, enabling its trading immediately.

It is also interesting to note that this situation has led many to think that it could be treated as a form of unethical negotiation like a Pump and Dump.

Interestingly, this controversial cryptocurrency had been characterized to be subject to market manipulation on previous occasions.

Bitcoin Diamond's team was thrilled by the news, a feeling they were able to demonstrate on social networks, especially on Twitter, where they invited to follow Binance's trading statistics, and boasted to beat the global bearish trend:

It is important to note that due to security reasons in the face of a possible Pump and Dump scheme, Coinmarketcap, one of the most important reference websites used to monitor cryptocurrencies have decided to temporarily suspend the detection of Diamond Bitcoin prices in Binance, however it is expected that the situation does not take long and the token can be traded and tracked successfully.

Although this Bitcoin fork has few followers, the development of this blockchain remains quite active. At the end of last month, the BCD development team announced the launch of BCD Bazaar, an e-commerce site aimed at promoting Bitcoin Diamond (BCD) with the ease of having thousands of products available for purchase through cryptocurrencies .

Despite a possible artificial price pump, the sensation of the markets has not decreased to the previous points, remaining stable in the $ 3 per token range with a constant volume and without technical indicators that prevent a fall almost immediate prices 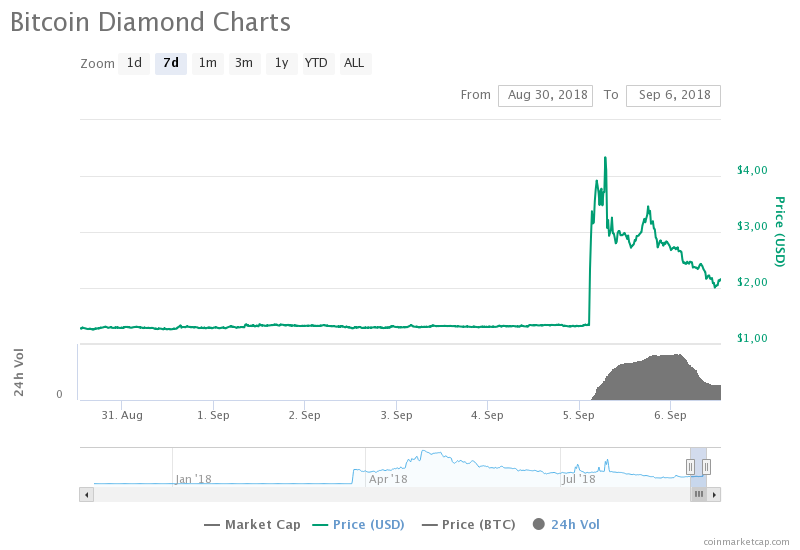