Bank of America has the largest number of Blockchain patents, but is it actually going to use them? 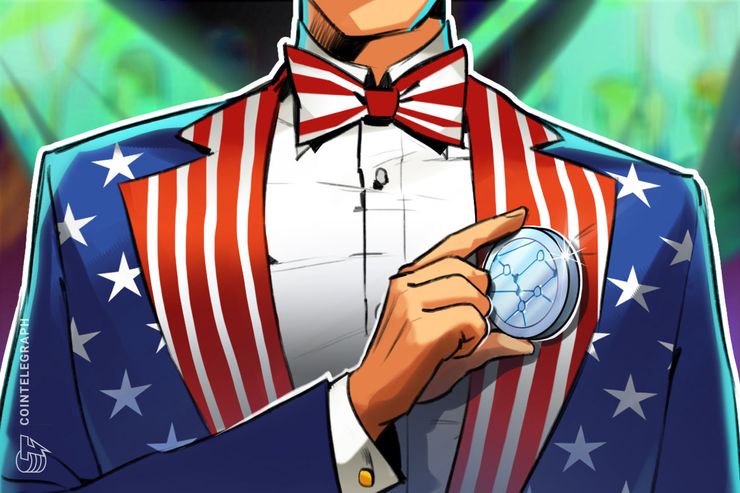 On October 30, Bank of America (BofA) added another patent related to cryptocurrency to its collection of over 50 applications submitted in the same field.

The second largest bank in the United States was leading in the blockchain informal patent race, bypassing players like IBM and Alibaba. However, this does not mean that BofA is on the upside: the company has publicly criticized cryptocurrencies, relying on patents above all to appear progressive in the fintech community.

Brief history of the filing of patents related to BofA cryptography

The bank filed its first license for the blockchain in March 2014, and was published by the USP Patent and Trademark Office (USPTO), the agency that grants author rights to inventions in the country, in September 2015. Nicknamed "Wire Transfer with cryptocurrency," He did not mention the word "blockchain" per se, but described a system in which funds are sent between accounts using the underlying cryptocurrency technology.

It seemed to be the first cryptographic application of a large retail bank in the United States and perhaps all over the world. It does not seem particularly surprising that BofA was the first of its kind to claim this patent, since it was also one of the first banks to start Bitcoin coverage in 2013, when it published a report compiled by strategists David Woo, Ian Gordon and Vadim Iaralov. Entitled "Bitcoin: a first evaluation", the newspaper claimed:

"Bitcoin could become one of the main means of payment for e-commerce and could emerge as a serious competitor of traditional money transfer providers.As a medium of exchange, Bitcoin has a clear potential for growth."

In September 2015, in the same month in which BofA obtained an encrypted patent, the financial institution became part of R3, a consortium of over 200 members, including various banks, trade associations and fintech, which work for the development of blockchain solutions.

Therefore, starting from the entry "Wire Transfers Using Cryptocurrency", blockchain-oriented patents have accumulated for BofA. In December 2015, the USPTO published ten new items deposited by the bank in July 2014, all mentioned in the title "cryptocurrency" and referring to various systems, such as "Offline Vault Archiving System", "Online Vault Archiving" . System, "etc.

The following month, in January 2016, the bank revealed that it was preparing to send another 20 blockchain-oriented patent applications to the USPTO office. In an interview with CNBC, BofA's Chief Operations and Technology Officer, Catherine Bessant said:

"As a technologist, technology is fascinating, we've tried to stay on the front line, I think we have about 15 patents, most people would be surprised by the Bank of America with patents in the blockchain or cryptocurrency space."

In the end, BofA secured first place in an unofficial patent race – by June 2018, the institution held about 45 live patents (meaning they are active and have not expired), the largest amount among all the companies, according to the research of Marc Kaufman, a lawyer who co-chaired the Blockchain Intellectual Property Council at the US Chamber of Digital Commerce. The US bank has bypassed technology-oriented players like IBM and Alibaba, not to mention its direct competitors: the Royal Bank of Canada (RBoC) was the second of all banks, with only eight patents.

"Important to reserve our place": the complicated relationship of BofA with the crypto-technology

BofA's efforts in the blockchain domain do not necessarily mean that the company will develop real products. Nor does it mean that society is bullish about all the cryptic things. In contrast, the US bank has clearly prioritized a technology registered with respect to its actual use.

In 2016, Catherine Bessant told CNBC that having patents related to the blockchain is "very important […] to book our place even before knowing what the commercial application might be. "In the CB Insights event, Future of Fintech, in New York in June of this year, he re-presented this comment:

"We have less than 50 patents in the distributed blockchain / ledger space […] Even if we have not found opportunities on a large scale, we want to be ahead, we want to be prepared ".

In particular, these efforts have not prevented the 113-year-old from calling Bitcoin "troubling" and elevating its decision to ban customers from buying encryption with their credit cards. Moreover, in its annual report published in February, BofA admitted that cryptocurrencies pose a threat to its business model, stating:

"Customers can choose to conduct business with other market participants who undertake business or offer products in areas that we consider speculative or risky, such as cryptocurrencies."

In August 2018, Michael Wuehler, blockchain specialist at ConsenSys, who previously worked at BofA for more than 11 years, as for his LinkedIn profile, has brought Twitter to to announce that while his name is listed on "8 of 50" BofA blockchain patents as an inventor, they are "meaningless" from his point of view. Wuehler claimed that the patents were archived to attract press coverage and make the progressive bank appear in the fintech space.

In fact, having a fintech patent does not necessarily mean that it will be used in the future. A blockchain patent, like any other patent, is a set of exclusive rights issued by an official authority – a sovereign state or an intergovernmental organization – that an inventor or a transferee obtains in return for revealing his or her invention to the public.

As Bloomberg explains, blockchain business-wise patents "are an essential ingredient for companies wishing to reshape the financial services industry or generate profitable cryptocurrency activities." In essence, patents help companies attract investments, protect property rights and collect monopoly profits from other companies using their inventions – and this could be the case with BofA.

The latest patents filed by BofA: from the storage of private keys to the cryptocurrency exchange system

Here are some details of BofA's blockchain efforts published by the USPTO in the last year. This should provide a clearer picture of how the bank plans the use of technology, at least hypothetically:

The most recent BofA award related to the cryptocurrency patent, which was confirmed on October 30, refers to methods for archiving private keys.

In particular, the file of readings, the current opportunities to ensure that private keys are not checked are not sufficient.

"While many […] devices may provide to acquire evidence of a security breach (for example, physical or non-physical tampering of the device and / or data), such devices do not provide a real-time response to such violations, such that the appropriation embezzlement of private encryption keys is prevented.

"Therefore, there is a need for a secure means of storing private encryption keys.The desired storage media should reduce the risk of misappropriation of keys due to the fact that the keys are stored internally in the # 39; internal of a processing node that is often or, in some cases, continuously accessible via a public communications network, such as the Internet. "

On September 18, USPTO shared a BofA patent for the adaptation of multiple digital signatures in a distributed network.

The system proposed by BofA is aimed at devices within an IoT (Internet of Things) environment, describing how each of the devices within the network will communicate data to each other "on an ongoing basis", while the system would allow the user to "select to prohibit" (eg, block) or limit what data is communicated to which third party entities. "

In July, the USPTO published the bank's patent for a blockchain-based system that allows external data validation.

Therefore, the BofA filing proposes the use of blockchains for tracking information on resources and confirming transfers of resources, arguing that "there is currently a need to provide a more accurate indication of the situation a user's financial support by allowing external validation of data in a process data network. "

In April, the bank's request for a patent on a blockchain-based storage system with automatic data authentication was unveiled. The document was originally archived in October 2016.

In the document, the author of BofA describes a blockchain-based system for authentication of data and the secure access of such data to service providers. The patent addresses the problem of data transfer and tracking, which can be solved by cryptographic keys in a private blockchain:

The author also outlines the disadvantages of conventional methods of sharing and storing records, such as attachments to e-mails, claiming they are tamper-sensitive because they "lack an integrated mechanism to authenticate records." A blockchain-based system, in turn, would represent an efficient, secure and reliable way to archive logs and provide only access to authorized parties, the patent concludes.

In December 2017, BofA received a patent that defines a digital currency exchange system. According to the document, the system will allow the conversion of a digital currency into one another automatically, with the exchange rate to be determined on the basis of external data feeds.

According to the patent application, the proposed system will collect data from external information sources on current virtual exchange rates and will use the data to calculate its optimal rate. Specifically, archiving reports: