Are Stablecoin the new and improved bitcoin? 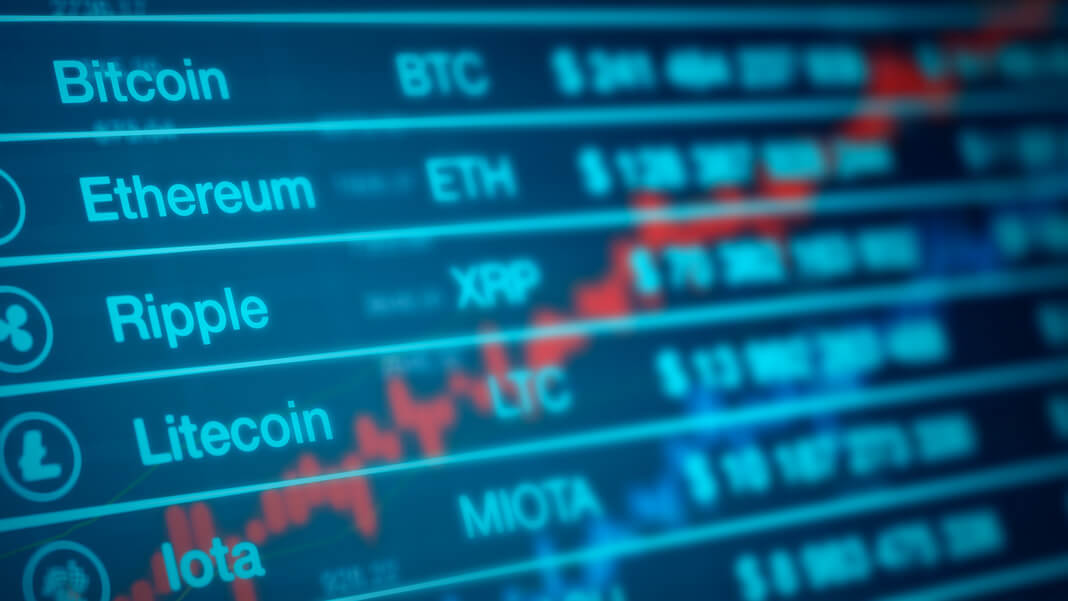 PwC, the global consulting and insurance company, has recently signaled its entry into the world of cryptocurrencies by announcing a partnership with the decentralized loan platform Cred. Cred (formerly Credit of Libra) was founded by PayPal technology veterans and intends to produce a full suite of cryptographic resources, including a stablecoin in US dollars, a digital asset pegged to the US dollar price.

What is a Stablecoin?

In the last two years, there has been a growing interest in blockchain as a technology for data sharing and traceability in areas ranging from shipping to food to diamonds. There was also an influx of initial coin offerings, a form of capital raising based on digitized assets, with over $ 20.6 billion raised this year.

With these different cases of use in competition for attention, it is easy to forget that the original application for blockchain technology was Bitcoin, the cryptocurrency described by Satoshi Nakamoto, in the now ten-year white paper as "an electronic coin peer-to-peer" system. "

Bitcoin turned out to be a highly volatile resource. There is no central bank for Bitcoin that works to keep its value relatively stable, and the value of a Bitcoin has risen from less than $ 1,000 in early 2017 to nearly $ 20,000 in mid-December 2017, before returning to about $ 6,500 today.

The recent volatility of Bitcoin and other cryptocurrencies has made it much more difficult for them to be actively used as a payment mechanism. It is hard to imagine that such an unpredictable resource is used to pay employee salaries, buy goods or services, or pay rent.

But in addition to these examples, which today are managed quite well by the traditional financial system, the demand for totally new forms of payment is increasing. Our devices will have to interact with each other, creating payments "from one thing to another", to effectively satisfy the function for which they were designed, e.g. autonomous vehicles that pay for recharging, or artificially intelligent processes that pay for computing power as needed.

The friction inherent in the traditional payment system – the cost and time needed to make a transaction – makes it impractical for these types of value exchanges. But a stablecoin, a digital asset anchored at the price of the US dollar or another currency, can enable these transactions. It offers many of the advantages of a cryptocurrency but without the volatility associated with Bitcoin.

Stablecoin have three broad flavors, each of which has unique advantages and risks.

The first, and until today the most popular, type of stablecoin is one supported by traditional assets such as fiat or gold currency. For example, if a currency is anchored to the US dollar, for each coin issued $ 1 it is held in a bank account. Or if the currency is anchored at the price of gold, then for every coin issued there is a quantity of gold set in a vault.

This type of stablecoin is relatively easy to create and understand. But the risks of a traditional currency supported by assets are related to trust and centralization. In order for the stablecoin to hold its value, the market must believe that the total number of coins in circulation is 100% supported by traditional assets held. This requires trust in the organization that supports the currency and makes the currency vulnerable to fraud perpetrated by or against that organization. Furthermore, the market must trust that, in the worst case scenario, stable currency holders can exchange their stablecoins with traditional assets.

Tether (USDT) is a stablecoin pegged to the US dollar. With a market capitalization of over $ 1.75 billion and daily trades that reach far beyond that, it is easily the most valuable and widely used stablecoin today.

Concerns about Tether's willingness to produce an audit of its bank accounts, persistent accounts of insufficient funds and difficulties in maintaining banking relationships contributed to some shift from USUS = $ 1. However, Tether has largely maintained the parity with the US dollar since it came into force over three years ago.

The encrypted stablecoins also depend on the support of another resource, but in this case the warranty is a cryptocurrency like Bitcoin or Ether. This type of stablecoin is less centralized than a traditional activity-supported currency, as cryptographic assets maintained as security can be locked into smart contracts. These cryptographic activities are not subject to the same vulnerabilities as traditional patrimonial guarantees.

However, cryptographic activities are highly volatile, so the stablecoin needs a way to conserve its patrimonial support, and therefore its stability even in periods when the value of the underlying assets decreases dramatically.

MakerDAO produces the Dai stablecoin, which is pegged to the US dollar. The MakerDAO smart contracts allow people to deposit Ether and receive up to a maximum of two Dai for each US $ 3 deposited Ether. If the value of the deposited ether falls and approaches this maximum ratio, the owner of the intelligent contract is incentivized to increase the amount of capital deposited, or risks having the contract hired and closed for them, together with an associated penalty .

This mechanism allowed Dai to maintain a broad equality with respect to the US dollar since its creation at the end of 2017, also through the large falls in Ether's value at the beginning of 2018.

The last type of stablecoin maintains its stability mainly by matching the supply to the demand. These are complex economic mechanisms, in particular to reduce the supply if the price of the currency starts to fall.

As a result, the risk that the value of this currency decouples from its peg is high, something that has happened this year with the US dollar's NuBits stablecoin. NuBits, created in 2014, is one of the oldest existing stablecoins. In March of this year its value fell rapidly, falling below 30 cents over the course of two weeks, and has since continued to decline.

In the last three years, Circle payments company, which owns a BitLicense from the New York Financial Services Department and an electronic money license in the UK, has raised over $ 240 million. These funds include in particular a $ 50 million round led by Goldman Sachs. At the end of September this year, Circle launched USDC, a stablecoin based on traditional assets with the US dollar.

Also in September, $ 15 million was invested by Andreessen Horowitz's cryptographic fund a16z in MakerDAO, in support of the Dai stablecoin.

Finally, the recent announcement of the partnership between PwC and Cred opens up new possibilities for traditional asset-backed currencies, with the addition of PwC's risk management, audit and governance expertise to this nascent industry.

The strong institutional interest now exists in a whole series of stablecoins, and the race is under way to see who can get mass adoption.