A new future for blockchain, robot, work and sustainability 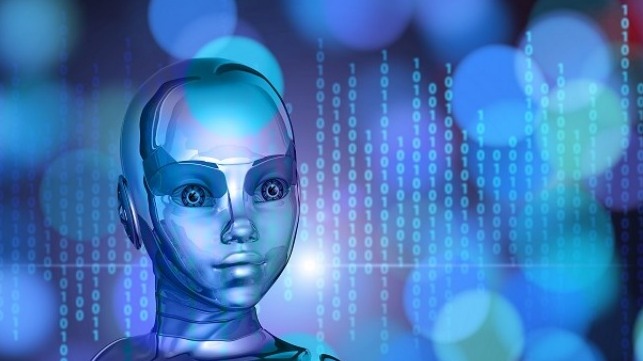 The technology of accounting books distributed as the blockchain could increase trade by over 1 trillion dollars over the next 10 years, according to a recently published World Economic Forum white paper Trade Tech – A new era for commerce and the supply chain .

This is just one aspect of the fundamental changes that a series of white papers from the World Economic Forum is preaching. Another predicts that by 2025 more than half of all current workplace tasks will be performed by machines compared to 29 percent today. This transformation will have a profound effect on the global workforce. However, in terms of the total number of new jobs, the outlook is positive, with 133 million new jobs expected to be created by 2022 compared to the 75 million that will be moved. Nearly 50% of all companies expect their full-time workforce to decline by 2022 due to automation, nearly 40% expect to extend their workforce in general and more than a quarter expect that automation creates new roles in your business.

The set of roles set to experience growing demand in all sectors are data analysts and scientists, software and application developers and e-commerce and social media specialists. Even the roles that rely on distinctly human skills, such as sales and marketing professions, innovation managers and customer service representatives, are bound to experience a growing demand. Jobs that are expected to become redundant include roles of routine-based white-collar workers, such as data entry workers, accounting clerks, and payroll. All industries expect to have significant skills shortages, with the aeronautics, travel and tourism industries designed to have the highest retraining needs in the period 2018-2022.

Based on a survey of leading human resources officers and top executives from companies in 12 industries and 20 developed and emerging economies (representing collectively 70% of global GDP), The Future of Jobs 2018 the report notes that 54% of employees of large companies would need significant retraining and redevelopment to exploit the growth opportunities offered by this "fourth industrial revolution". At the same time, just over half of the companies interviewed said they planned to relaunch only those employees who hold key roles while only a third planned to retrain workers at risk.

Meanwhile, blockchain technology will revolutionize the processes of governments and will almost certainly be part of future regulatory imports of food and beverage borders, according to the report of the World Economic Forum Trade Tech – A new era for trade and supply chain finance . The global trade financing gap currently stands at around $ 1.5 trillion – a figure that could rise to $ 2.4 trillion by 2025, according to the report's authors. But by removing the barriers and streamlining the negotiation processes, blockchain technology could facilitate up to $ 1.1 trillion of new business volumes, approximately an increase of 30%, bridging the gap significantly.

Small and medium-sized enterprises will mainly benefit together with emerging markets. Current legacy methods, expensive and time-consuming, favor large multinational companies with consolidated relationships in trading and in the supply chain. There are also the benefits of fraud on blockchain technology. In recent years, banks have lost hundreds of millions of dollars through metals that exchange scams based on fake paper warehouse receipts, which may have been eliminated by blockchain.

Another new report from the World Economic Forum identifies over 65 ways in which blockchain can be applied to the world's most pressing environmental challenges and requires new global platforms to incubate responsible blockchain ecosystems rather than simple applications or businesses.

Produced in collaboration with PwC, Building Block (chain) s for a better planet also identifies eight ways in which technology can radically transform the way the world manages its natural resources. These range from decentralizing the management of natural resources such as energy and water, to creating more transparent supply chains that promote greater sustainability and provide new mechanisms to increase the trillions of dollars needed to ensure sustainable economic growth and low emissions. [19659006] By transforming carbon markets (and other environments), blockchain platforms could be exploited to use commercially viable cryptographic tokens to optimize existing carbon market platforms (or other substances) and create new opportunities for carbon credit transactions.

Blockchain also has the potential to transform both accountability and sustainability assurance, helping companies manage, demonstrate and improve their performance while enabling consumers and investors to make better informed decisions. This could lead to a new wave of accountability and action, as this information flows to senior management and provides them with a more complete picture for managing risk and reward profiles.

Blockchain-enabled solutions are currently being studied to improve sustainability of global supply chains and could help overcome illegal activities by tracking fish from "bait to slab" or raw materials such as palm oil, beef and soybeans from the "farm to the table". Smart blockchain-enabled contracts could, for example, be used to support innovative ownership regimes that confer specific rights to communities or fishermen

However, warns the World Economic Forum, despite the blockchain potential to radically redefine the way in which where business, government and society operate, there are many challenges to overcome – it is still a nascent technology undergoing rapid development. "Now is the right time for stakeholders to work together to ensure the development of responsible blockchain solutions that are useful for people and the planet … If we could do that, it could create a revolution for sustainability."