A mysterious signal is coming back to us from space 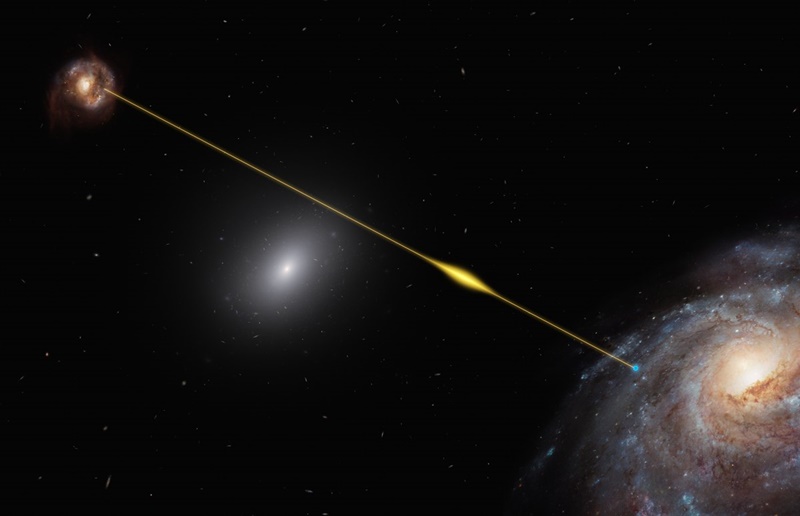 So they went to great lengths to find out where the signal came from and what caused it. It appears to come from a source located directly in our galaxy.

The first FRB signal appeared more than ten years ago

The first signal, a short but intense radio flash (known as a fast radio burst – FRB), was recorded by scientists more than ten years ago. They were the first to capture the FRB signal in 2007 Duncan Lorimer and his student David Narkevic. The FRB signal lasted less than 5 milliseconds and came from a distant place somewhere outside our galaxy.

Since then, the signal has appeared only a few times and always only for a fraction of a second, writes the Unilad portal. Scientists are extremely fascinated by this phenomenon, but so far they have not been able to clarify it. However, it appears that they have finally managed to take a step towards the explanation. As the Astronomer Tele Telegram portal informs, experts believe that the source of the FRB signal, which has been named FRB 200428, is located somewhere in our galaxy.

The source of the signal is in our galaxy

Three independent studies published in the journal Nature confirm this claim and state that the signal probably comes from a magnetar, a highly magnetic neutron star about 30,000 light-years from Earth. Getting information on these signals is extremely difficult, even the last that scientists managed to capture was only a millisecond. However, according to The Guardian, this is the clearest proof of the origin of FRB signals that scientists have ever been able to obtain.

In April 2020, @NASA the missions helped establish that the first fast radio flash seen in our Milky Way galaxy came from a magnetar. A magnetar is a type of isolated neutron star with city-sized remnants of a star many times more massive than our Sun. https://t.co/eA8WmYUJlk pic.twitter.com/VM4higtI6J

However, although the source of the signal may have been identified, scientists still don’t understand why it is happening and what is causing it. Some experts believe that another energy source is to blame. They think it could be gamma-ray bursts. Another interesting fact, this flash, which was captured on April 28 this year, was extremely bright, up to 3,000 times more intense than any other radio signal from our galaxy that has been recorded so far.

On the other hand, it was 30 times weaker than the weakest signal ever captured from space outside our galaxy, according to the IFLScience portal. Finally, the researchers add that the fact that this signal comes from a magnetar does not necessarily mean that the source of all captured FRB signals are magnetars. 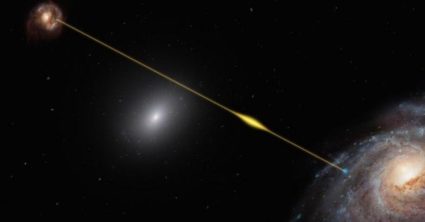