$ 88.6 million in illicit funds channeled through the cryptocurrency trade 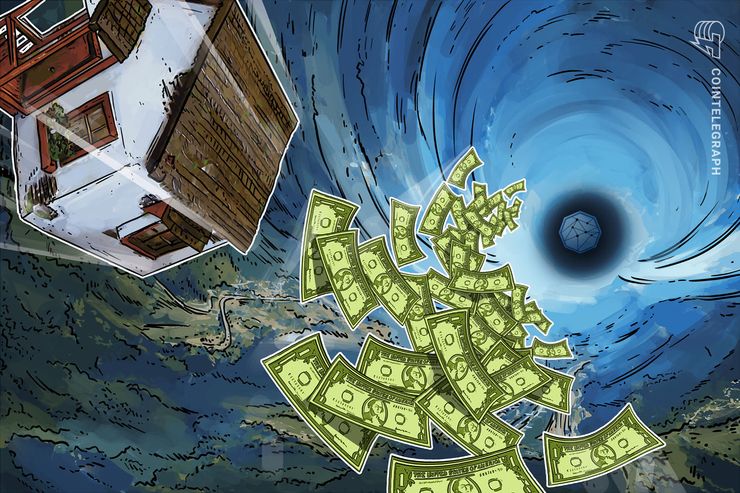 A recent Wall Street Journal investigation found that $ 88.6 million of illicit funds were channeled through 46 cryptocurrency exchanges, according to the September 28 WSJ. Reportedly, $ 9 million of suspicious funds went through the ShapeShift encrypted exchange.

ShapeShift is a digital currency exchange based in Switzerland that was created in 2014 by Erik Voorhees. Unlike other trading platforms, ShapeShift allows users to anonymously exchange Bitcoin (BTC), which the police can track, but can not identify the individual behind the transaction.

To conduct its investigation into the encryption of money laundering, WSJ reported that it had developed a computer program that tracked funds from over 2,500 suspected investment frauds, blackmail schemes and other alleged crimes using BTC and Ethereum (ETH). To analyze ShapeShift transactions, WSJ downloaded and stored a list of the last 50 transactions every 15 seconds on the exchange website.

For WSJ, bad actors took advantage of ShapeShift's services to convert BTC to an untraceable Monero cryptocurrency. ShapeShift has continued to process "millions" dollars fraudulently, but has not changed its policy on the anonymity of users. In an interview with WSJ, Voorhees said he does not think "people should have their own registered identity to capture an occasional criminal".

Later, WSJ provided ShapeShift with a list of suspicious addresses that allegedly used the exchange. Veronica McGregor, ShapeShift's Chief Legal Officer, told WSJ that the exchange has reviewed and banned these addresses. He also said that the company plans to request user identification data as of October 1st.

Commenting on the opinions of Voorhees on the company's anonymity policy, McGregor stated that "just because it is the CEO's personal philosophy does not mean that this is the way the business will be managed, it is not in favor of money laundering."

While users have not previously been forced to log in or register on ShapeShift to perform operations, the exchange will gradually introduce identification requirements for traders. At the beginning of this month, ShapeShift has introduced a new rewards program, which will become a compulsory subscription model for users of the exchange and will require the provision of "basic" personal information.