100,000 TRX Giveaway of CoinCodex in collaboration with Tron Foundation 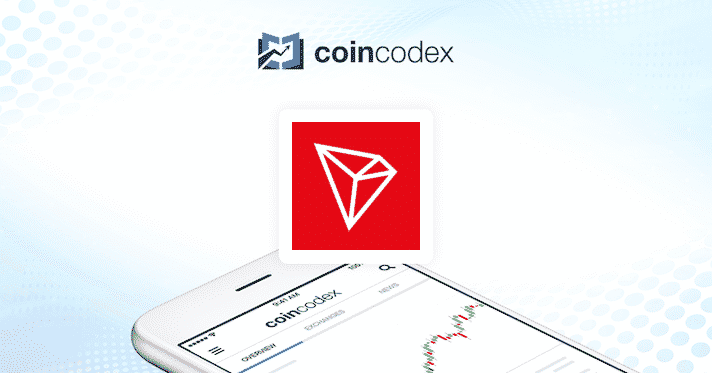 CoinCodex has announced a tribute to 100k TRX in collaboration with Tron Foundation, while Tron's founder and CEO is working to carry out his "fantastic story".

The TRX tributes are not new, as previously Binance among many other companies announced Tron contests and tributes.

Now, CoinCodex, a platform that provides information on the various prices of cryptocurrencies, market capitalization and subsequent charts has collaborated with Tron Foundation to distribute a total of 100k TRX.

The official announcement reads: "We are distributing 100,000 TRX tokens in cooperation with Tron." It also shares on Twitter:

CoinCodex is giving away 100,000 $ TRX token in collaboration with @Tronfoundation. The pool will be divided between 5 winners as determined by a random draw.

Entering our #TRON the gift is extremely simple: follow the link below to participate. https: //t.co/gW57e0AbwV

Recently, in an interview, Tron's founder and CEO Justin Sun shared that Tron is much more than just a frame:

"FUD and Shill are commonly used to change the perception that investors have on cryptocurrencies to influence price." Unlike some projects, TRON has achieved all of its milestones (test network, main network, election of witness nodes, launch of virtual machines) without any significant hitch I think this is a good example of the fact that TRON is not just a frame as some say. "

"Our team works 24 hours a day to make it happen in much less, I founded the company in September 2017, today we are about 300 people, this is just the beginning of a fantastic story."

In response to this, Tron is already working on the Asian market, particularly in Japan and South Korea. Tron Foundation has released a series of videos to promote Tron in these markets while his official announcement reads,

100,000 TRX Giveaway of CoinCodex in collaboration with Tron Foundation

CoinCodex has announced a tribute to 100k TRX in collaboration with Tron Foundation, while Tron's founder and CEO is working to carry out his "fantastic story".