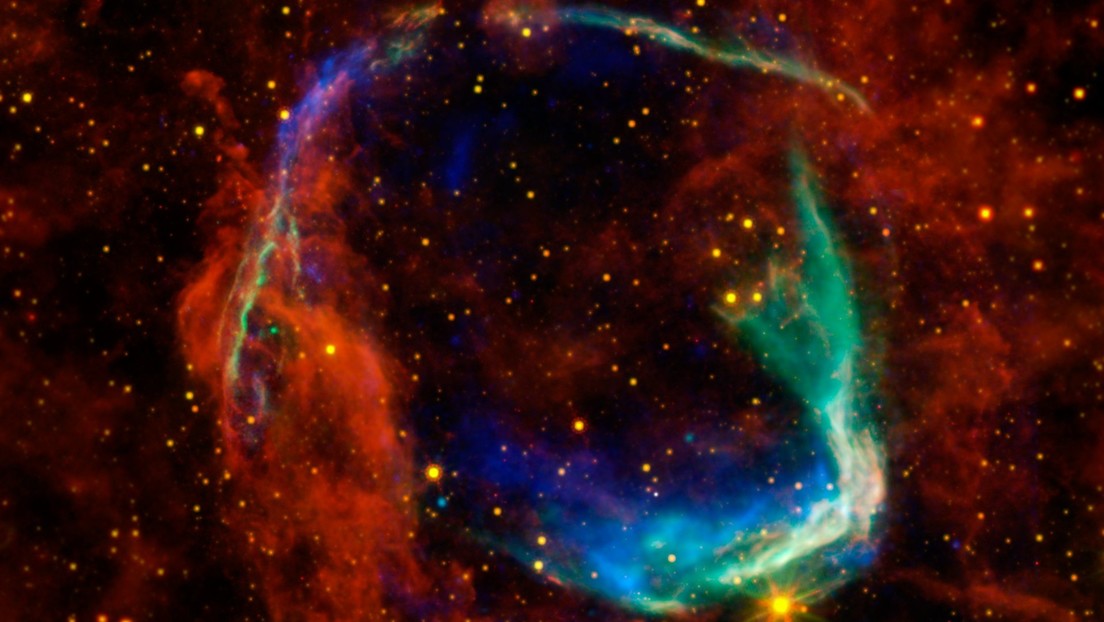 Supernovae that occurred thousands of years ago may have left their mark on Earth’s biology and geology.

A new study from the University of Colorado (USA) on one of the most violent events in the Universe – supernovae – is based on unexpected evidence. Robert Brakenridge analyzed ancient tree rings to study the impact of supernovae on Earth that occurred thousands of years ago. A supernova is a stellar explosion that in a few months releases as much energy as the Sun during its entire life.

To look for evidence of the influence of supernovae, the researcher studied carbon-14 in trees. “Trees store carbon dioxide and some of it is radioactive,” says Brakenridge.

Carbon-14, also known as radiocarbon, exists in small quantities on Earth, as it is formed when cosmic rays bombard the planet’s atmosphere. It is generally a constant amount year after year. However, the amount of radiocarbon sometimes changes.

By studying tree rings, the specialist came to the conclusion of at least four climatic alterations caused by relatively close supernovae. The scientist has discovered some cases where the radiocarbon concentration in tree rings shows their peaks. “There are really two possibilities, a solar flare or a supernova,” says Brakenbridge.

The researcher studied supernovae that have occurred relatively close to Earth over the past 40,000 years. Eight of the closest have had radiocarbon peaks. For example, a former star in the Vela constellation that became a supernova about 13,000 years ago, which soon thereafter increased radiocarbon levels by nearly 3% on Earth.

However, it is not yet possible to draw conclusions about the influence of supernovae on Earth, since it is impossible to define with absolute certainty the period of stellar explosions.