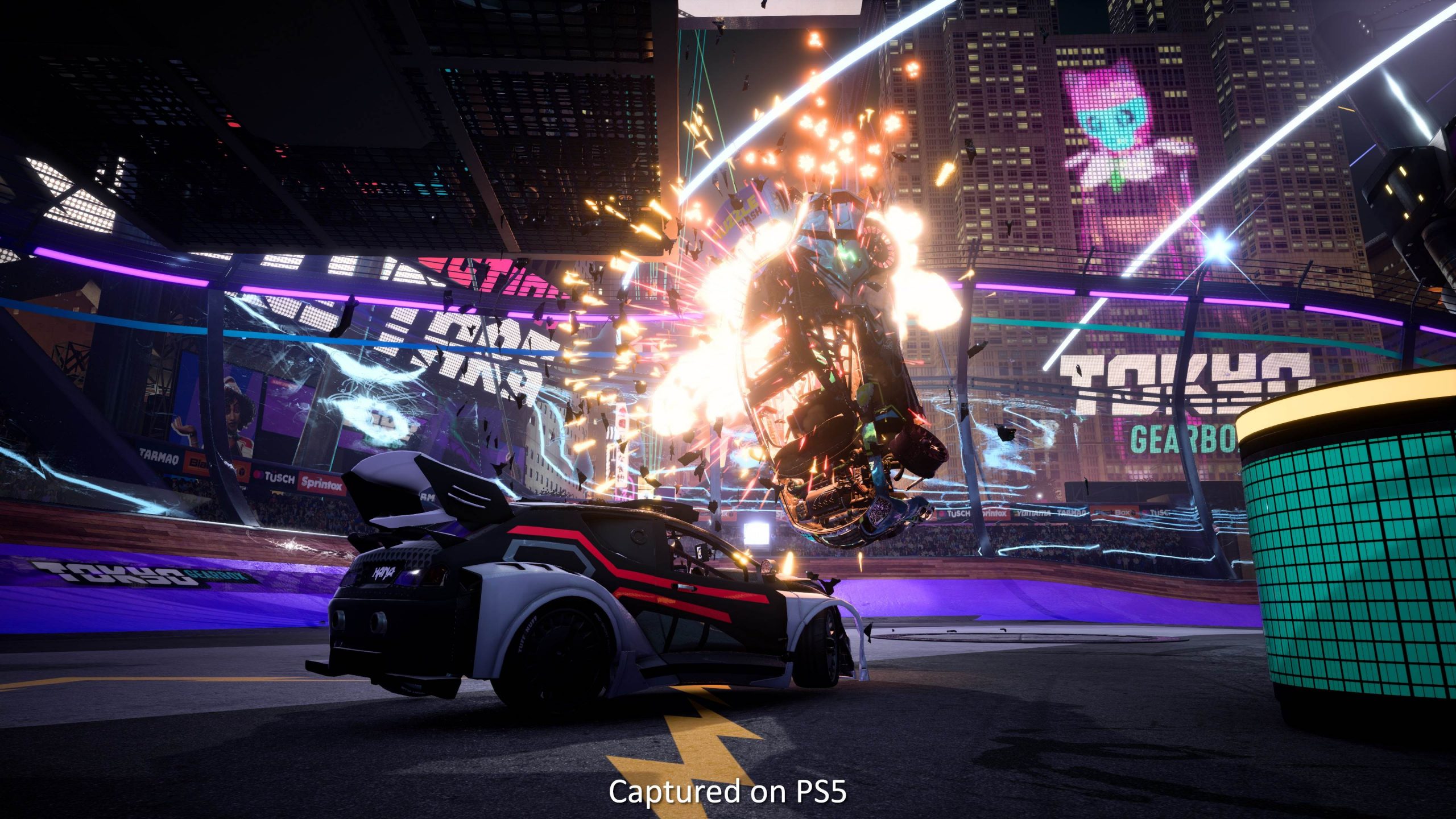 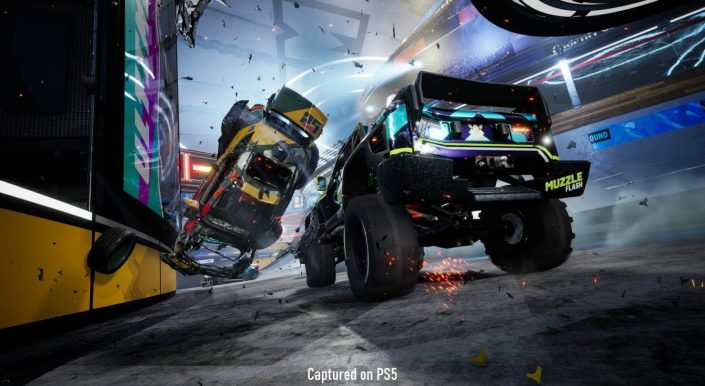 The recently postponed PS5 title “Destruction AllStars” contains various game modes where you can fight chaotic vehicle battles alone or with friends in multiplayer. We would like to introduce them to you today.

A total of four different modes are available.

The first mode is “Massacre”, a classic deathmatch mode. To collect points, you must destroy as many enemy vehicles as possible. You can compete alone or in a team.

In “Motornado” you have to collect the gears that the injured or eliminated opponents leave behind. You can also sacrifice your vehicle by driving in the homonymous Motornado. This will give you a large number of points. So you have to get a new car or steal one from your opponents.

“Bunkering” is a modification of “conquer and hold”. This is a team mode in which even unlit opponents leave their gears behind. You have to collect them on foot and then go to one of the three banks. Whoever controls the most banks ultimately wins the game.

The last mode is called “Crash”. Here 16 players compete against each other, only one of whom can win. As the arena collapses as the game progresses, you have to use all your skills to stay alive. Try to push your opponents to the edge of the map or save yourself to the platforms that are still there. In the event of a crash, you can use one of your respawns to return to the game. When they’re all sold out, it’s all for you.

In addition, there is a training mode where you can complete a tutorial and learn the principles of the game. Additionally, an exclusive Challenger Series is available where you can compete against computer-controlled opponents and unlock cosmetic items. These can also be purchased with AllStar Coins, which you receive as you level up in multiplayer.

“Destruction AllStars” will ship with various new content over the months. Including regular seasons, unique events and new game modes. Additionally, player feedback should be taken into account and incorporated into future updates.

The game was supposed to appear as a PS5 launch title, but the developers have decided to postpone it to February 2021. The additional time should be used to further improve the game. It will be available for two months as a PS Plus title and therefore playable for free for users of the subscription service.

Links to Amazon, Media Markt, Saturn, and other retailers are usually affiliate links. When we make a purchase, we receive a small commission that we can use to fund the free site. You have no disadvantages.