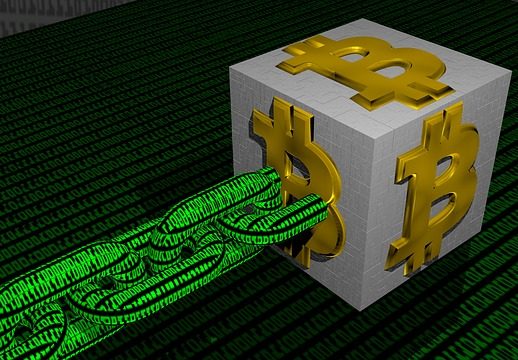 “The number of blockchain patents issued is accelerating as the large number of patent applications filed in recent years are starting to issue …. As the use of blockchain becomes more robust in terms of which technologies, such as Facebook Libra, they will actually take. foot on the market, the value of these various patents will become clear. “

On March 16, 2020, Bitcoin sold for $ 5,024, down from its previous high of over $ 19,000. On November 25, 2020, it sold again for over $ 19,000. Interest in blockchain technology and Bitcoin, in particular, is on the rise after a cold winter, which began in January 2018. Facebook Libra has made an offer to become the world’s currency, and although government regulators have so far choked its implementation, could still be implemented in a revised form that satisfies regulators. Some estimate that Apple could generate $ 100 billion of shareholder value if they integrated Bitcoin into Apple Pay.

In previous research, I identified Bank of America as the company that holds the largest set of issued patents in the world related to blockchain technologies. As of August 2019, they had 12 patents issued in the United States. Craig Wright is known for his claim to be Satoshi Nakamoto, the pseudonymous author of the first Bitcoin white paper, and has filed hundreds of blockchain patent applications. However, as of August 2019, Wright had few patents issued. In this article, I will present several patents recently issued to these great filers: Bank of America and Craig Wright.

Patents of the Bank of America

I note that from September 2019 to November 25, 2020, Bank of America has received 36 new patents mentioning blockchain. One of Bank of America’s new patents, number 10,643,202, is about real-time processing of transactions in a digital accounting system. This is important as it takes 10 minutes to complete a Bitcoin transaction. More real-time registration on the blockchain is required, which can accelerate the adoption of blockchain-based transactions in ecommerce and commerce in general through technologies such as Apple Pay and Google Pay.

Craig Wright’s company, nChain Holdings Limited, has only received four US patents since September 2019. One such patent, No. 10,579,779, covers a method for verifying the integrity of a digital asset using a distributed hash table and a distributed peer-to-peer ledger.

The purpose of the ‘779 patent is to verify the integrity of the software for installation using the distributed table and a peer-to-peer distributed ledger. This patent may have wide application in terms of ensuring the proper distribution and licensing of computer software (or other digital assets).

A method claimed in the ‘779 patent includes determining metadata (M) associated with a transaction record stored in the peer-to-peer distributed ledger. The method then determines an indication of an entry stored in the metadata-distributed hash table (M) and determines a third hash value (H3) based on the computer software. The method also includes determining a fourth hash value (H4) from the entry on the distributed hash table, comparing the third hash value (H3) and the fourth hash value (H4), and verifying the integrity of the computer software based on by comparison. If an approach such as the one claimed in the ‘779 patent were to be widely adopted for software distribution and licensing, nChain companies could seek licensing revenue for this patent.

As noted above, as of August 2019, Bank of America had the largest set of issued patents related to blockchain technology. Now, however, I notice that Chinese e-commerce giant Alibaba has received 191 patents in the United States since August 2019. They had not received any before, despite filing over 2,300 blockchain-related patent applications across the country. world. Alibaba has also received eight new US patents under the name Assignee Advanced New Technologies, Co., Ltd., a Cayman Islands company, which appears to be an affiliate or subsidiary. Alibaba has clearly outperformed Bank of America and Craig Wright in terms of patents issued in the United States

The next question will be whether any of the claims in these various patents will cover widely implemented technologies related to real-time transactions, digital asset tracking, smart contract implementation, or other blockchain-based technology. If so, and given the open source nature of the blockchain, what will an enforcement regime look like for an nChain or Alibaba company, for example, in terms of licensing or litigation to extract royalties?

nChain has already entered into a licensing agreement with TAAL Distributed Information Technologies, Inc. The agreement covers non-exclusive rights and access to the nChain wallet for over 10 years to develop advanced blockchain transaction systems on existing and future patent portfolio of nChain.

The number of released blockchain patents is accelerating as the large number of patent applications filed in recent years are starting to be released. In 2019, 659 patents issued in the United States referred to “blockchain”. So far in 2020, with more than a month left in the year at the time of writing, 1,442 issued patents mention “blockchain”. As the use of blockchain becomes more robust in terms of which technologies, such as Facebook Libra, will actually gain a foothold in the market, the value of these various patents will become clear. The convergence of the issuance of many blockchain patents in the recent past, coupled with the rise in the value of Bitcoin and the expansion of blockchain technology into spaces such as social media and Apple Pay, should lead to a more aggressive environment for licensing / litigation. patents in the next few years.

Thomas Isaacson is a shareholder and vice president of the Practice for the protection of patents in electrical and computer engineering at Polsinelli. His business focuses on patent and trademark litigation and litigation, serving a wide range of clients, including Fortune 100 companies. He has technical expertise in standards-based patent analysis, cloud computing, blockchain technologies, wireless technologies and protocols, vocal processing and mechanical arts.

For more information or to contact Tom, visit his company profile page.