THE BALL – GP Valencia: Miguel Oliveira is 6th and there is already a world champion (Moto GP) 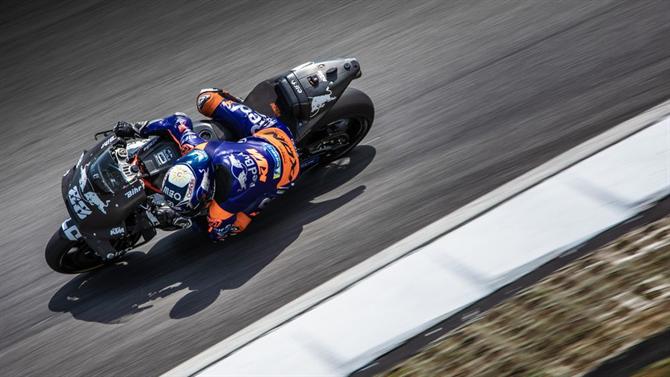 Miguel Oliveira finished 6th in the Valencia Grand Prix, the penultimate event of the World Championship, which consecrated Suzuki’s Joan Mir as World Champion for the first time.

The Portuguese – who is now 10th with 100 points – started 10th and recovered five places, with Franco Morbidelli, Jack Miller and Pol Espargaró in front. Joan Mir, who left after Miguel, in 10th place

Miguel Oliveira then recovered a position on lap 5, on the following Johan Zarco and Fabio Quartararo fell in 10th. Nakagami then overtook the Portuguese, then passed by Alex Rins on lap 11.

On lap 18 Miguel Oliveira was overtaken by Brad Binder and fell to seventh place, then moved up a position after benefiting from Nakagami’s crash. Behind him Joan Mir, in 7th place, approaches the title despite Morbidelli in the lead.

On the last lap he fought between Morbidelli and Miller for first place, with the Italian who managed to maintain the leadership he had throughout the race.

Mir, who won the first race last week, finished seventh and reaches 171 points, 29 more than Morbidelli and succeeds Marc Marquez, who has won the last four editions and was soon out of the race due to injury.

The world cup will close with the Portimão GP next week.